Phylum Annelida includes segmented worms. These animals are found in marine, terrestrial, and freshwater habitats, but a presence of water or humidity is a critical factor for their survival, especially in terrestrial habitats. The name of the phylum is derived from the Latin word annellus, which means a small ring. Animals in this phylum show parasitic and commensal symbioses with other species in their habitat. Approximately 16,500 species have been described in phylum Annelida. The phylum includes earthworms, polychaete worms, and leeches. Annelids show protostomic development in embryonic stages and are often called “segmented worms” due to their key characteristic of metamerism, or true segmentation. 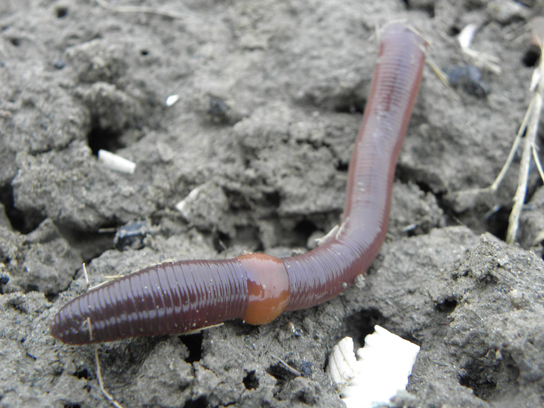 Figure 1. The clitellum, seen here as a protruding segment with different coloration than the rest of the body, is a structure that aids in annelid reproduction. (credit: Rob Hille)

Annelids display bilateral symmetry and are worm-like in overall morphology. Annelids have a segmented body plan wherein the internal and external morphological features are repeated in each body segment. Metamerism allows animals to become bigger by adding “compartments” while making their movement more efficient. This metamerism is thought to arise from identical teloblast cells in the embryonic stage, which give rise to identical mesodermal structures. The overall body can be divided into head, body, and pygidium (or tail). The clitellum is a reproductive structure that generates mucus that aids in sperm transfer and gives rise to a cocoon within which fertilization occurs; it appears as a fused band in the anterior third of the animal (Figure 1).

The epidermis is protected by an acellular, external cuticle, but this is much thinner than the cuticle found in the ecdysozoans and does not require periodic shedding for growth. Circular as well as longitudinal muscles are located interior to the epidermis. Chitinous hairlike extensions, anchored in the epidermis and projecting from the cuticle, called setae/chaetae are present in every segment. Annelids show the presence of a true coelom, derived from embryonic mesoderm and protostomy. Hence, they are the most advanced worms. A well-developed and complete digestive system is present in earthworms (oligochaetes) with a mouth, muscular pharynx, esophagus, crop, and gizzard being present. The gizzard leads to the intestine and ends in an anal opening. A cross-sectional view of a body segment of an earthworm (a terrestrial type of annelid) is shown in Figure 2; each segment is limited by a membranous septum that divides the coelomic cavity into a series of compartments. 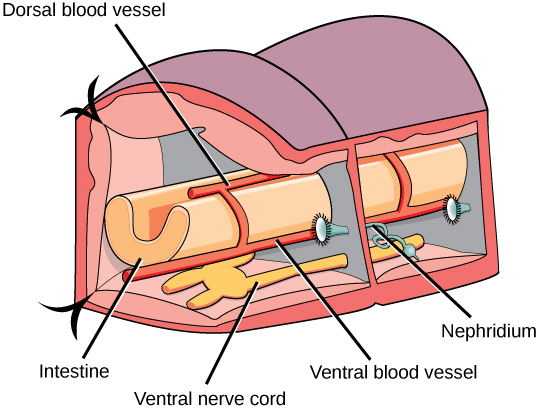 Figure 2. This schematic drawing shows the basic anatomy of annelids in a cross-sectional view.

Annelids possess a closed circulatory system of dorsal and ventral blood vessels that run parallel to the alimentary canal as well as capillaries that service individual tissues. In addition, these vessels are connected by transverse loops in every segment. These animals lack a well-developed respiratory system, and gas exchange occurs across the moist body surface. Excretion is facilitated by a pair of metanephridia (a type of primitive “kidney” that consists of a convoluted tubule and an open, ciliated funnel) that is present in every segment towards the ventral side. Annelids show well-developed nervous systems with a nerve ring of fused ganglia present around the pharynx. The nerve cord is ventral in position and bears enlarged nodes or ganglia in each segment.

Annelids may be either monoecious with permanent gonads (as in earthworms and leeches) or dioecious with temporary or seasonal gonads that develop (as in polychaetes). However, cross-fertilization is preferred in hermaphroditic animals. These animals may also show simultaneous hermaphroditism and participate in simultaneous sperm exchange when they are aligned for copulation.

This is a combination video and animation on annelid anatomy.

Phylum Annelida contains the class Polychaeta (the polychaetes) and the class Oligochaeta (the earthworms, leeches and their relatives).

Earthworms are the most abundant members of the class Oligochaeta, distinguished by the presence of the clitellum as well as few, reduced chaetae (oligo– = “few”; –chaetae = “hairs”). The number and size of chaetae are greatly diminished in Oligochaeta compared to the polychaetes (poly=many, chaetae = hairs). The many chetae of polychaetes are also arranged within fleshy, flat, paired appendages that protrude from each segment called parapodia, which may be specialized for different functions in the polychates. The subclass Hirudinea includes leeches such as Hirudo medicinalis and Hemiclepsis marginata. The class Oligochaeta includes the subclass Hirudinia and the subclass Brachiobdella. A significant difference between leeches and other annelids is the development of suckers at the anterior and posterior ends and a lack of chaetae. Additionally, the segmentation of the body wall may not correspond to the internal segmentation of the coelomic cavity. This adaptation possibly helps the leeches to elongate when they ingest copious quantities of blood from host vertebrates. The subclass Brachiobdella includes species like Branchiobdella balcanica sketi and Branchiobdella astaci, worms that show similarity with leeches as well as oligochaetes.