Symbiotic relationships, or symbioses (plural), are close interactions between individuals of different species over an extended period of time which impact the abundance and distribution of the associating populations. Most scientists accept this definition, but some restrict the term to only those species that are mutualistic, where both individuals benefit from the interaction. In this discussion, the broader definition will be used. 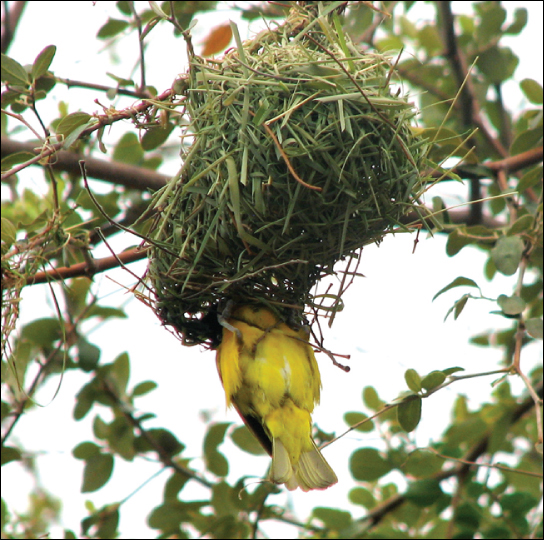 Figure 1. The southern masked-weaver bird is starting to make a nest in a tree in Zambezi Valley, Zambia. This is an example of a commensal relationship, in which one species (the bird) benefits, while the other (the tree) neither benefits nor is harmed. (credit: “Hanay”/Wikimedia Commons)

A commensal relationship occurs when one species benefits from the close, prolonged interaction, while the other neither benefits nor is harmed. Birds nesting in trees provide an example of a commensal relationship (Figure 1). The tree is not harmed by the presence of the nest among its branches. The nests are light and produce little strain on the structural integrity of the branch, and most of the leaves, which the tree uses to get energy by photosynthesis, are above the nest so they are unaffected. The bird, on the other hand, benefits greatly. If the bird had to nest in the open, its eggs and young would be vulnerable to predators. Another example of a commensal relationship is the pilot fish and the shark. The pilot fish feed on the leftovers of the host’s meals, and the host is not affected in any way.

A second type of symbiotic relationship is called mutualism, where two species benefit from their interaction. Some scientists believe that these are the only true examples of symbiosis. For example, termites have a mutualistic relationship with protozoa that live in the insect’s gut (Figure 2a). The termite benefits from the ability of bacterial symbionts within the protozoa to digest cellulose. The termite itself cannot do this, and without the protozoa, it would not be able to obtain energy from its food (cellulose from the wood it chews and eats). The protozoa and the bacterial symbionts benefit by having a protective environment and a constant supply of food from the wood chewing actions of the termite. Lichens have a mutualistic relationship between fungus and photosynthetic algae or bacteria (Figure 2b). As these symbionts grow together, the glucose produced by the algae provides nourishment for both organisms, whereas the physical structure of the lichen protects the algae from the elements and makes certain nutrients in the atmosphere more available to the algae.

A parasite is an organism that lives in or on another living organism and derives nutrients from it. In this relationship, the parasite benefits, but the host is harmed. The host is usually weakened by the parasite as it siphons resources the host would normally use to maintain itself. The parasite, however, is unlikely to kill the host, especially not quickly, because this would allow no time for the organism to complete its reproductive cycle by spreading to another host.

The reproductive cycles of parasites are often very complex, sometimes requiring more than one host species. A tapeworm is a parasite that causes disease in humans when contaminated, undercooked meat such as pork, fish, or beef is consumed (Figure 3). The tapeworm can live inside the intestine of the host for several years, benefiting from the food the host is bringing into its gut by eating, and may grow to be over 50 ft long by adding segments. The parasite moves from species to species in a cycle, making two hosts necessary to complete its life cycle.

Another common parasite is Plasmodium falciparum, the protozoan cause of malaria, a significant disease in many parts of the world. Living in human liver and red blood cells, the organism reproduces asexually in the gut of blood-feeding mosquitoes to complete its life cycle. Thus malaria is spread from human to human by mosquitoes, one of many arthropod-borne infectious diseases. 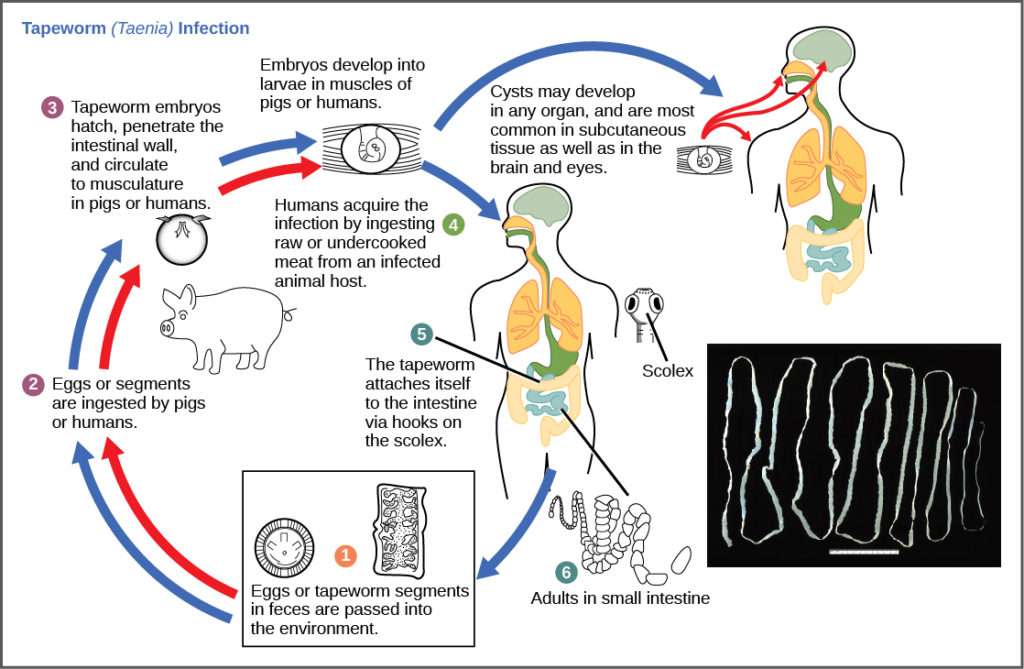 Figure 3. This diagram shows the life cycle of a pork tapeworm (Taenia solium), a human worm parasite. (credit: modification of work by CDC)