The Pancreas, Pineal Gland, and Gonads 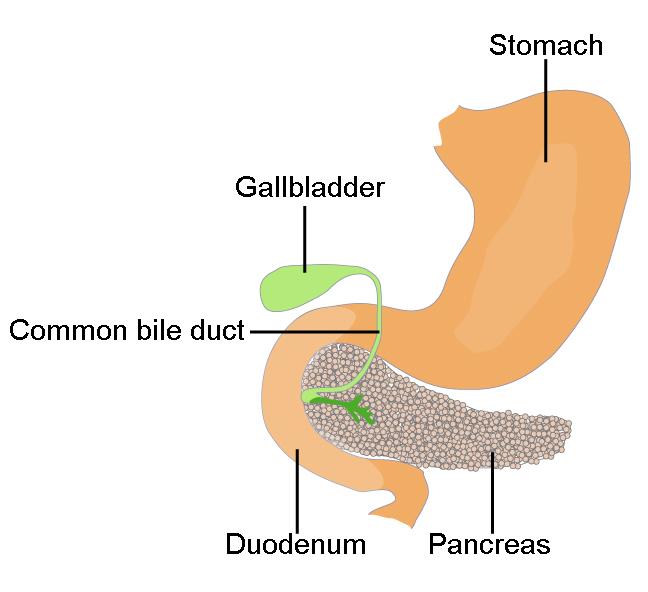 Figure 1. The pancreas is found underneath the stomach and points toward the spleen. (credit: modification of work by NCI)

The pancreas, illustrated in Figure 1, is an elongated organ that is located between the stomach and the proximal portion of the small intestine. It contains both exocrine cells that excrete digestive enzymes and endocrine cells that release hormones. It is sometimes referred to as a heterocrine gland because it has both endocrine and exocrine functions. 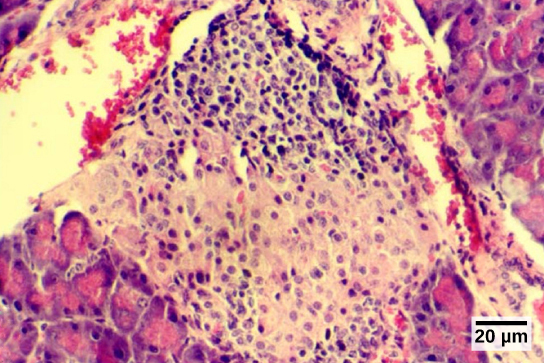