The flu virus is probably the first thing that comes to your mind when you hear the word virus. We’ve all probably had the flu at one point or another in our lives. So just how does the flu invade our bodies?

Watch this video from NPR for a quick introduction to the flu virus:

As we’ve seen, viruses go through as specific cycle as they replicate—and they target and infect cells in order to do so. Let’s look at the process of a flu virus replicating: 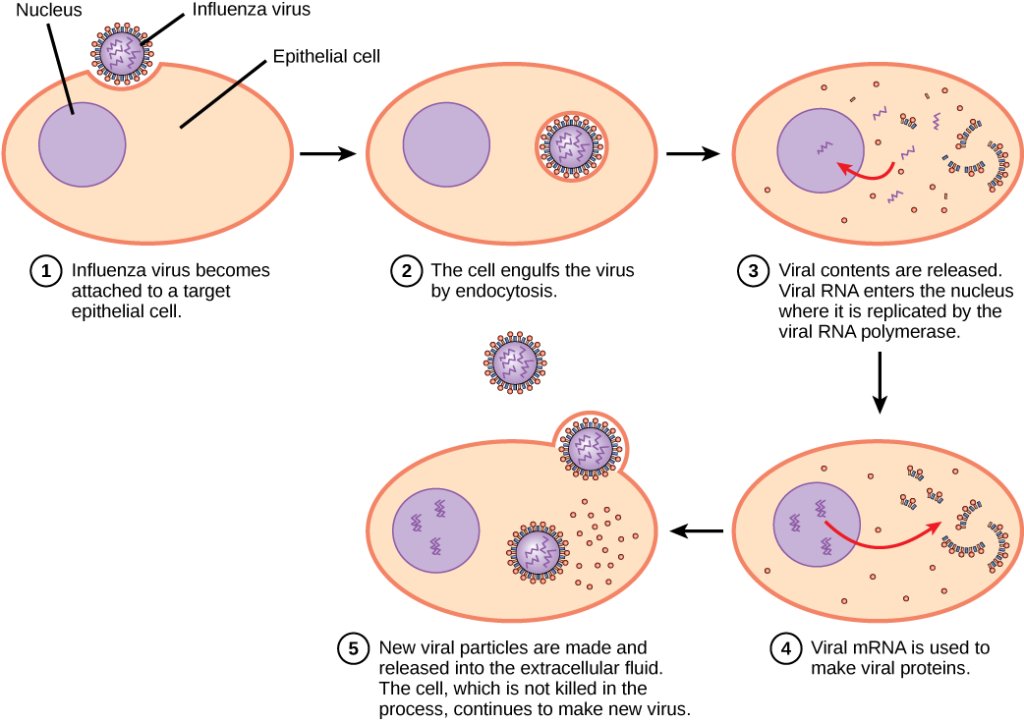 Each of the steps in viral replication has a name:

In the case of the flu, the target cell is not killed; however, other viruses, like the T4 bacteriophage, cause cell death to release the newly created copies of itself.

Remember: The correct order of the different steps is as follows:

As we mentioned earlier, some viruses kill the cells they infect. The influenza virus is packaged in a viral envelope that fuses with the plasma membrane. This way, the virus can exit the host cell without killing it. What advantage does the virus gain by keeping the host cell alive?

The host cell can continue to make new virus particles.