Cameron has an Excel file with a pertinent table for the sales presentation. He selects slide 3, types in a slide title, and then follows these steps to insert the Excel table into PowerPoint.

In the text box, Cameron hovers over the icons in the middle and clicks on the Insert Table icon. 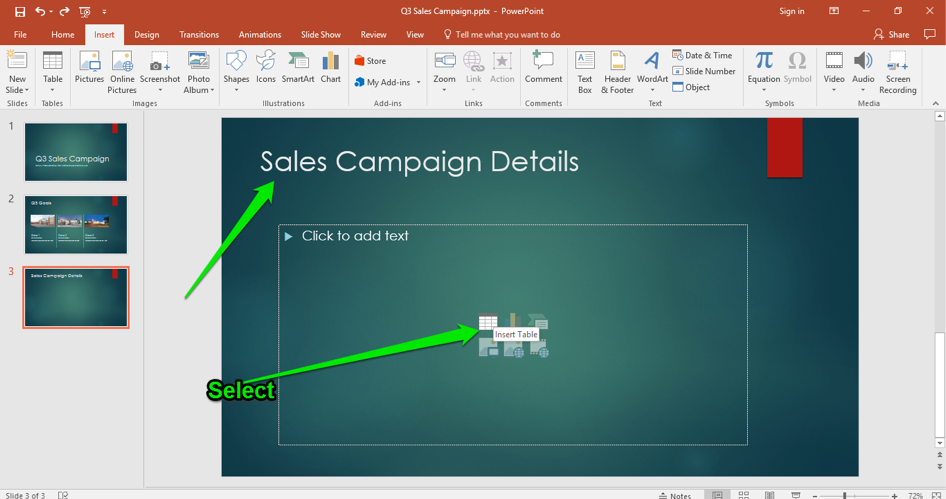 He doesn’t have an Excel table in a file to copy into his PowerPoint presentation, so he creates one through the following steps: 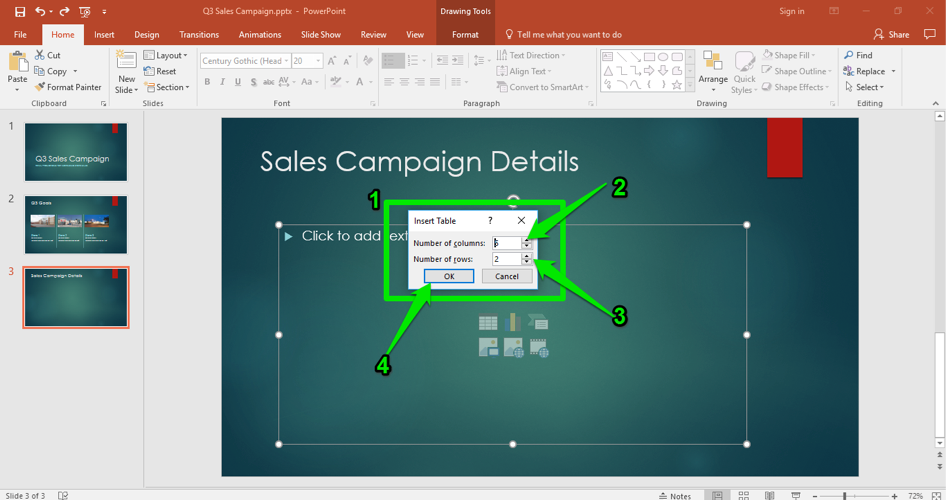 The Excel table is now in his PowerPoint presentation and ready for data to be entered. Cameron now enters his information into the table. 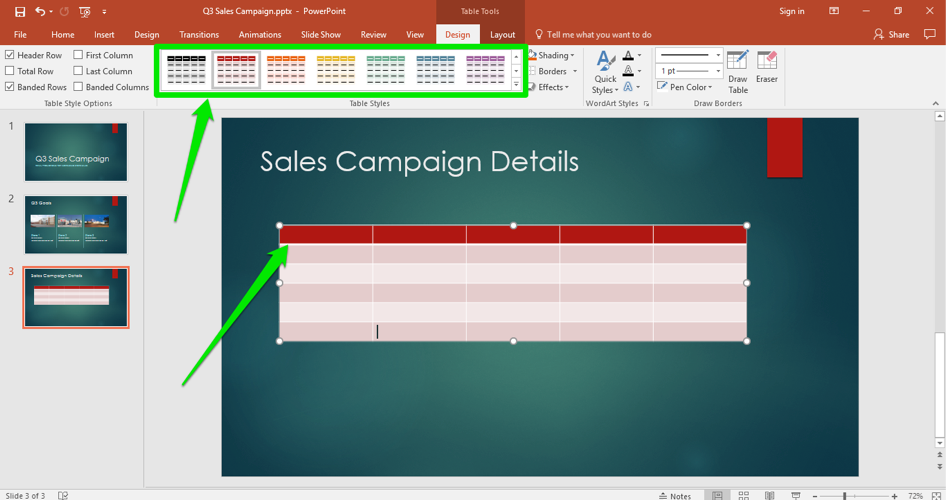 Note: If at any time Cameron wants to change the color of the table he can click on the Table styles in the bar above. 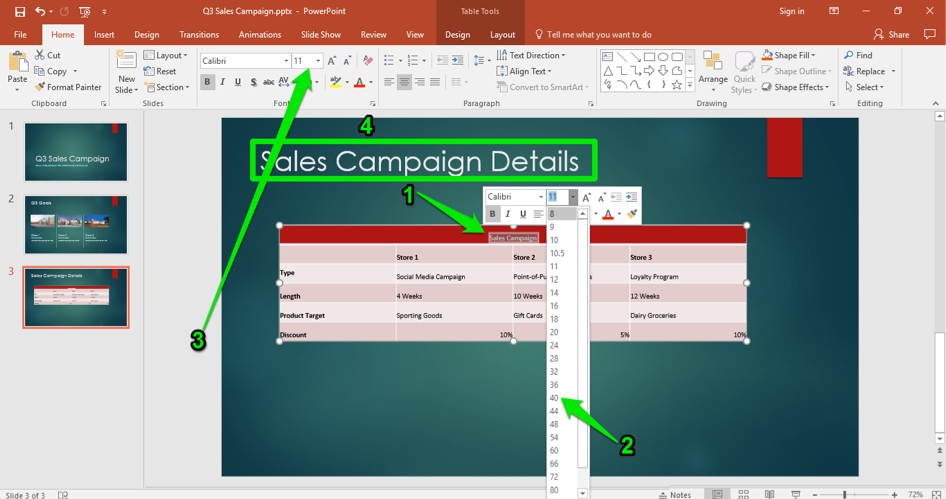 Cameron types in the sales figures from the three different stores, and wants to make additional changes. He has already bolded the title rows (using the Bold button in the Home Tab), but the type is difficult to read from a distance.

Cameron steps back and looks at the table. He notices the table is not centered on the slide, so he clicks on the table and moves his cursor to the edge of the table until he sees the four arrow symbol.

He drags the whole table to the center of the slide. 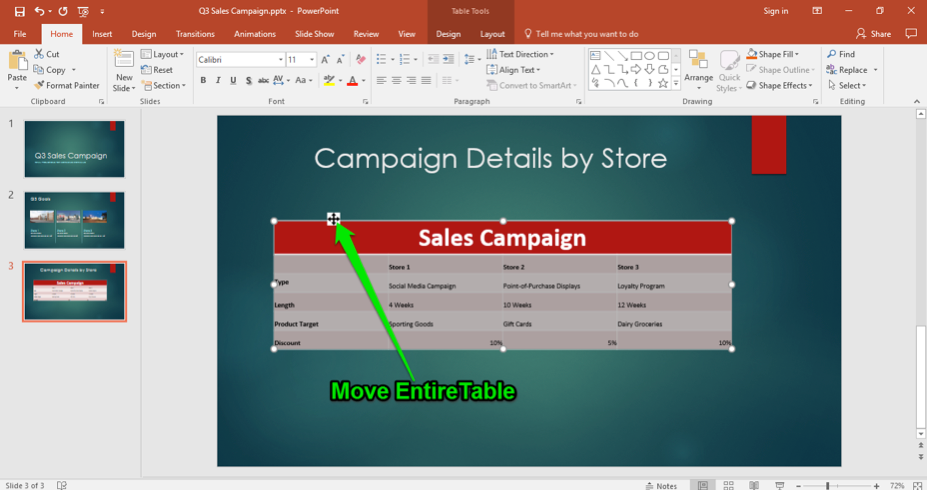 He now makes a note under the table by clicking on the Insert tab and the Text Box button. 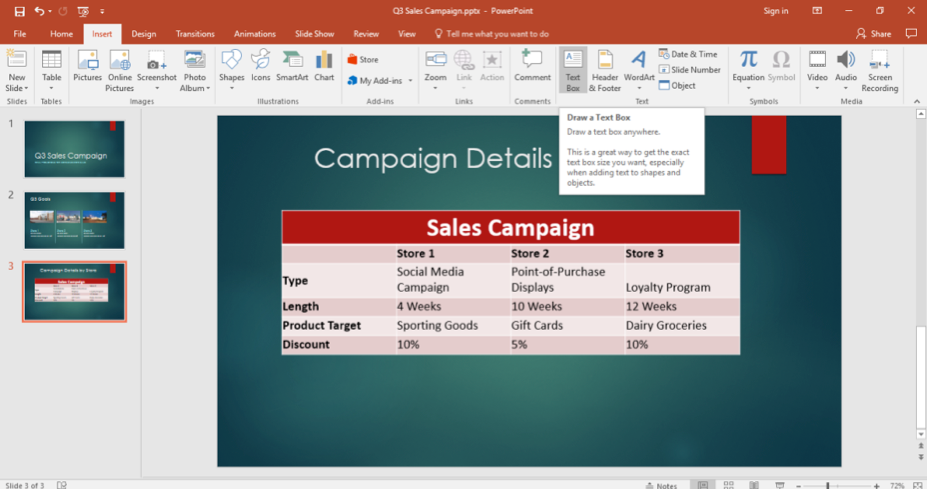 He puts his cursor under the table and begins to type his note into the slide. This step is now complete. 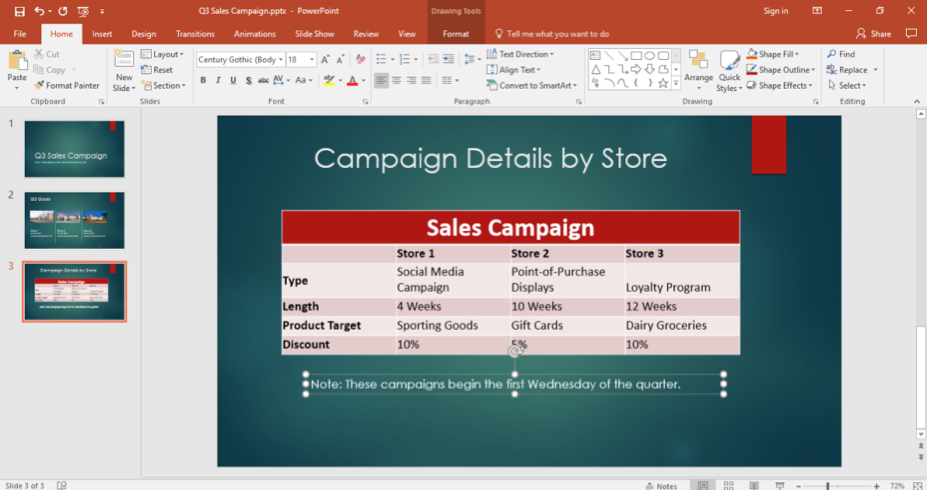 Cameron reads through the slide to make sure it is clear and decides to change the table title. He clicks in the table title and retypes the words to say “Q3 Campaign.” Now the slide is complete, and he is ready for another slide. 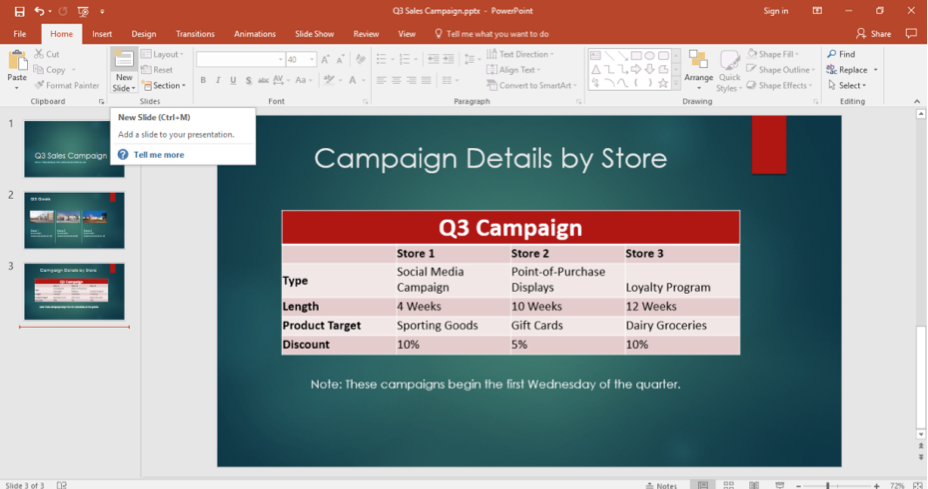 What if Cameron has an existing sales campaign Excel table he can use? With this scenario, he copies it directly into his PowerPoint presentation so there’s no need to make his own table. Here is how Cameron inserts an existing Excel file table: 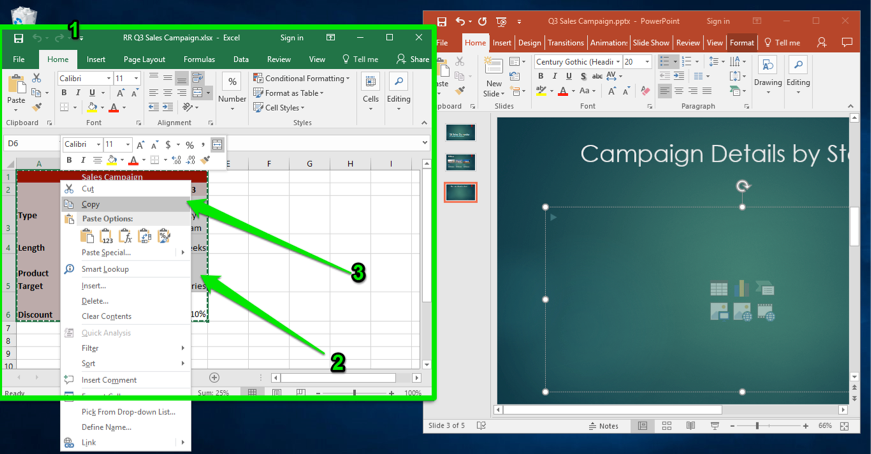 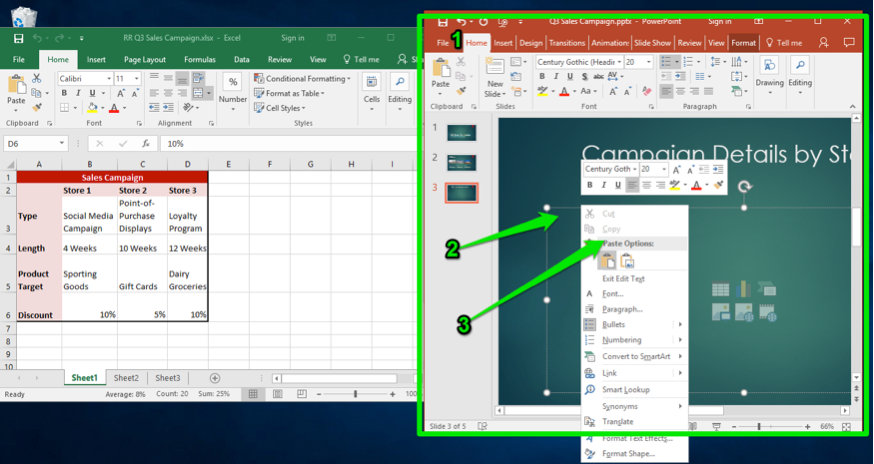 He can now resize, move, center, bold, add the text note, and change the font of the table like in the Option 1 example to optimally display the table on the slide. The table slide is now set, and Cameron is ready for an additional slide with a chart indicating the campaign funding divisions between stores.