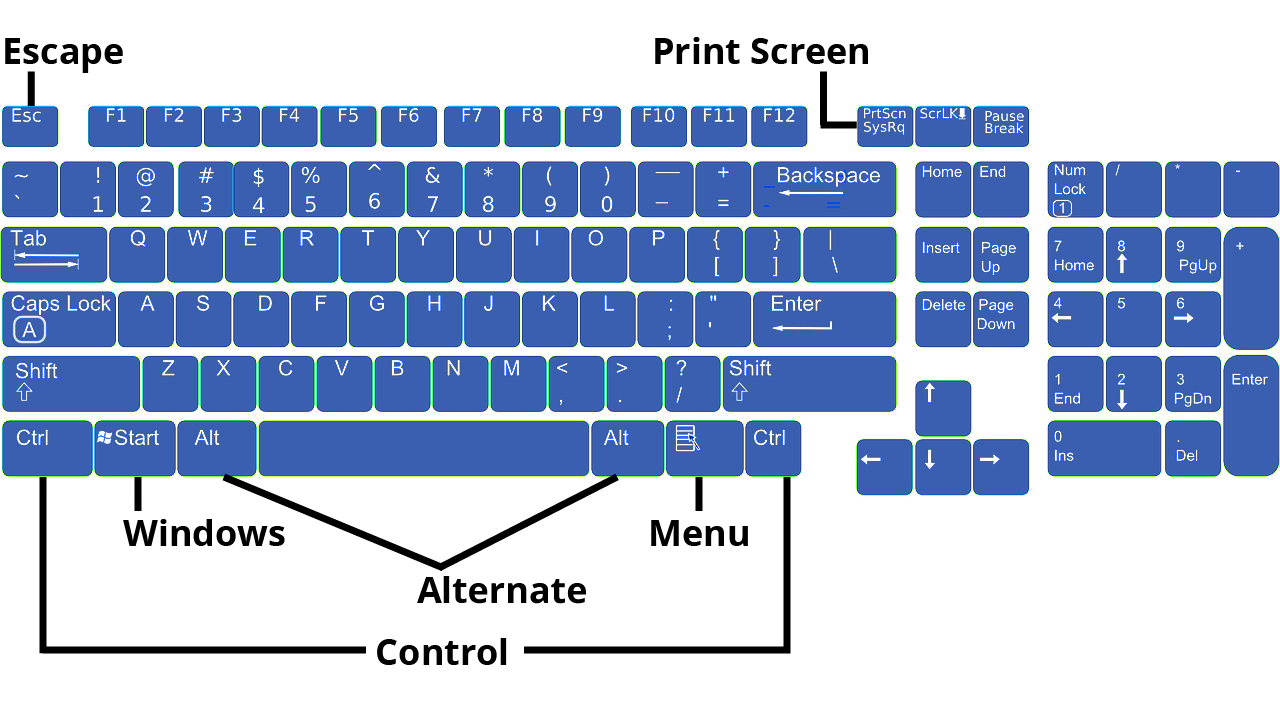 If you’re using a computer with Mac OS, you’ll most likely have a Command (Cmnd) key instead of a Ctrl key. In most keyboard shortcuts, command will replace Ctrl (for example, on a Windows machine Ctrl+C copies, and on a Mac machine, Cmnd+C copies).

There is also a control key on some Mac machines, but its function is entirely different. For now, you won’t need to worry about it.

If you’re using a computer with Mac OS, you’ll most likely have an Option (Opt) key instead of a Alt key. In some keyboard shortcuts, Opt will replace Alt, but the two are less directly related.

Note: Print Screen on a Mac

If you’re using a computer with Mac OS, you most likely won’t have a print screen key. Instead, you can use one of the following shortcuts: