Introduction to Other Parts of Speech

Critique the use of other parts of speech, including adjectives, adverbs, conjunctions, prepositions, and articles 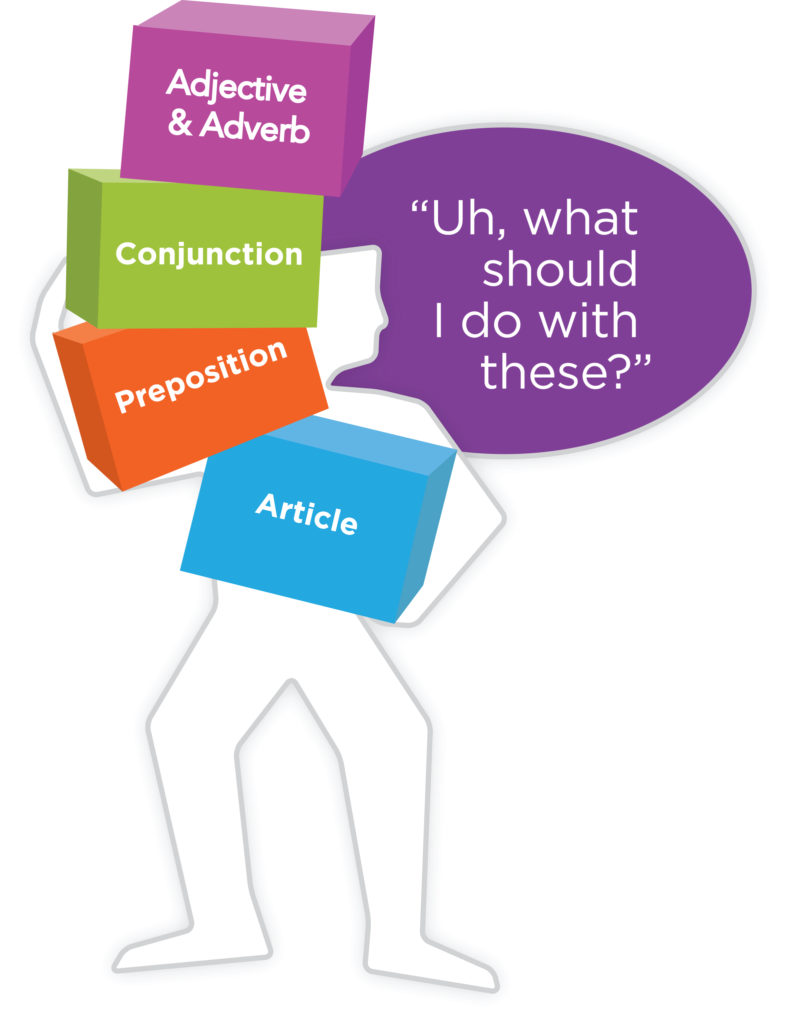 Now that we’ve learned about the most common parts of speech—nouns, pronouns, and verbs—we’re ready to move on to the other players.

Up first are adjectives and adverbs, which are different types of modifiers (that is, they modify other words). For example, compare the phrase “the bear” to “the harmless bear” or the phrase “run” to “run slowly.” In the modified examples, the adjective (harmless) or adverb (slowly) changes the meaning of the original words.

In this section we will also discuss the little connecting words of English: conjunctions, prepositions, and articles. These bit players may not seem as important as verbs, nouns, and modifiers, but they are the backbone of English: they are the words that give our language structure.