The word logic comes from the Ancient Greek logike, referring to the science or art of reasoning. Using logic, a person evaluates arguments and strives to distinguish between good and bad reasoning, or between truth and falsehood. Using logic, you can evaluate ideas or claims people make, make good decisions, and form sound beliefs about the world.[1]

Questions of Logic in Critical Thinking

Let’s use a simple example of applying logic to a critical-thinking situation. In this hypothetical scenario, a man has a PhD in political science, and he works as a professor at a local college. His wife works at the college, too. They have three young children in the local school system, and their family is well known in the community.

The man is now running for political office. Are his credentials and experience sufficient for entering public office? Will he be effective in the political office? Some voters might believe that his personal life and current job, on the surface, suggest he will do well in the position, and they will vote for him.

In truth, the characteristics described don’t guarantee that the man will do a good job. The information is somewhat irrelevant. What else might you want to know? How about whether the man had already held a political office and done a good job? In this case, we want to ask, How much information is adequate in order to make a decision based on logic instead of assumptions?

The following questions, presented in Figure 1, below, are ones you may apply to formulating a logical, reasoned perspective in the above scenario or any other situation: 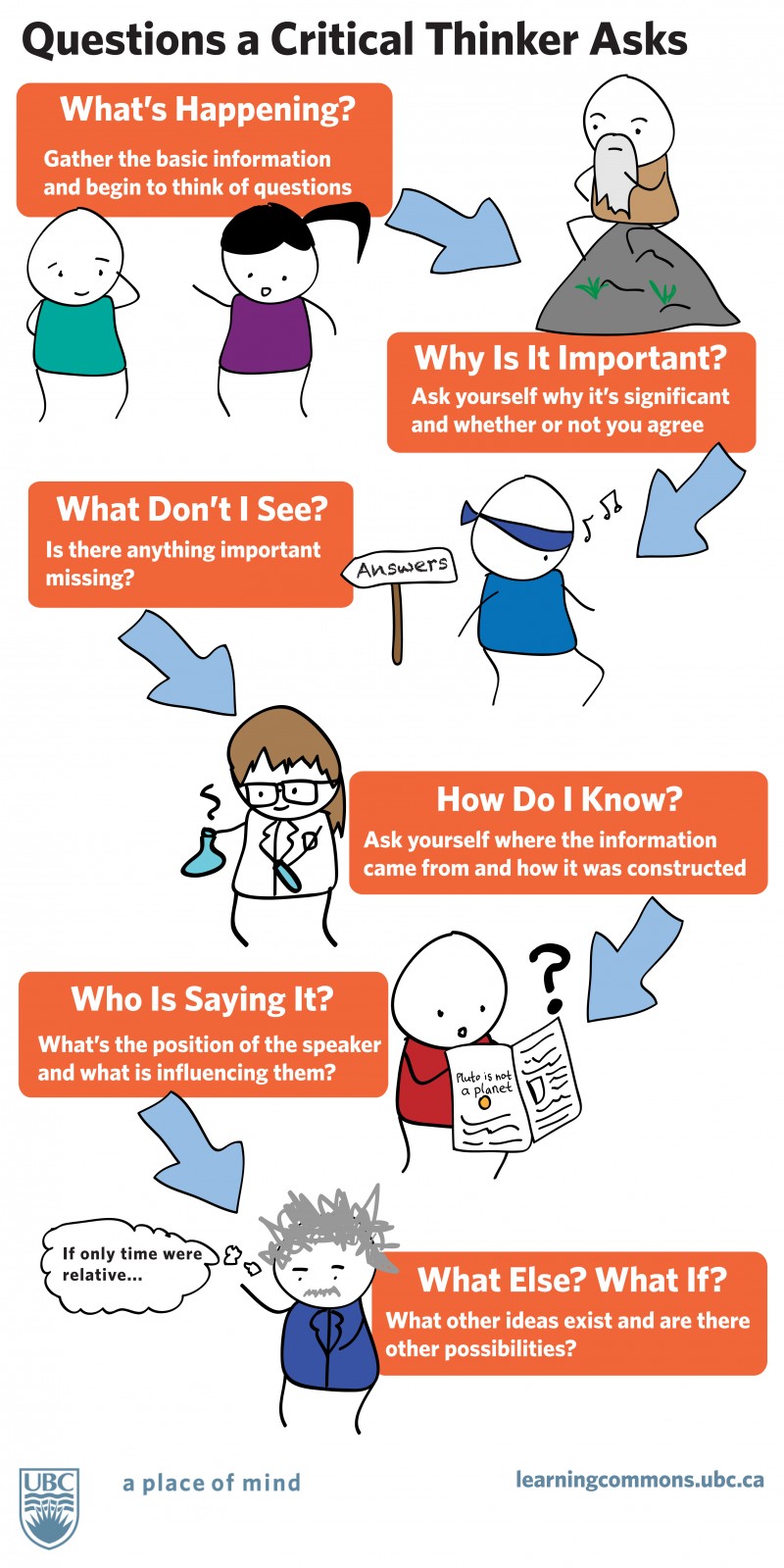