Whether a fallacy is an error or a trick, whether it is formal or informal, its use undercuts the validity and soundness of any argument. At the same time, fallacious reasoning can damage the credibility of the speaker/writer and improperly manipulate the emotions of the audience/reader. 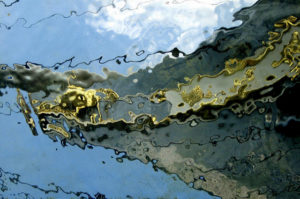 Most formal fallacies are errors of logic: the conclusion doesn’t really “follow from” (is not supported by) the premises. Either the premises are untrue or the argument is invalid. Below is an example of an invalid deductive argument.

Premise: All black bears are omnivores.

Premise: All raccoons are omnivores.

Conclusion: All raccoons are black bears.

“Raccoons are black bears” is instantaneously recognizable as fallacious and may seem too silly to be worth bothering about. However, that and other forms of poor logic play out on a daily basis, and they have real world consequences. Below is an example of a fallacious argument:

Premise: All Arabs are Muslims.

Premise: All Iranians are Muslims.

Conclusion: All Iranians are Arabs.

This argument fails on two levels. First, the premises are untrue because although many Arabs and Iranians are Muslim, not all are. Second, the two ethnic groups are sets that do not overlap; nevertheless, the two groups are confounded because they (largely) share one quality in common. One only has to look at comments on the web to realize that the confusion is widespread and that it influences attitudes and opinions about U.S. foreign policy. 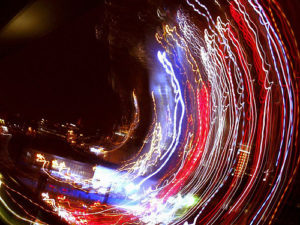 Informal fallacies take many forms and are widespread in everyday discourse. Very often they involve bringing irrelevant information into an argument or they are based on assumptions that, when examined, prove to be incorrect. Formal fallacies are created when the relationship between premises and conclusion does not hold up or when premises are unsound; informal fallacies are more dependent on misuse of language and of evidence.

It is easy to find fairly well-accepted lists of informal fallacies, but that does not mean that it is always easy to spot them. Some moves are always fallacious; others may be allowable given the context.

Using Ethos, Logos, and Pathos to Test Arguments for Fallacies

One way to go about evaluating an argument for fallacies is to return to the concept of the three fundamental appeals: ethos, logos, and pathos.

As a quick reminder,

Once you have refreshed your memory of the basics, you may begin to understand how ethos, logos, and pathos can be used appropriately to strengthen your argument or inappropriately to manipulate an audience through the use of fallacies. Classifying fallacies as fallacies of ethos, logos, or pathos will help you both to understand their nature and to recognize them when you encounter them. Please keep in mind, however, that some fallacies may fit into multiple categories.

Both formal and informal fallacies are errors of reasoning, and if a speaker or writer relies on such fallacies, even unintentionally, she undercuts her argument. For example, if someone defines a key term in her argument in an ambiguous, vague, or circular way, her argument will appear very weak to an critical audience.