The Relationship Between Reading and Vocabulary

The following article by Alice Sullivan examines how childhood reading habits affect us later in life.  Don’t despair—even if we didn’t read a lot as teenagers, we can still develop the habit (and the vocabulary) as adults. Note that her study focused on readers in England, though the trend is likely universal. 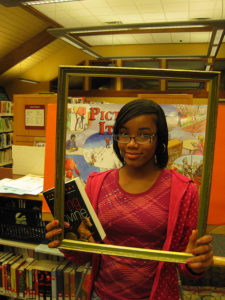 Reading for pleasure as a child has been powerfully linked in research to the development of vocabulary and maths skills up to the age of sixteen. But does reading still have a part to play in the breadth of our adult vocabulary? Does it matter what kind of books you read, or is it just the amount of reading that counts?

Our study of a representative sample of more than 9,400 British people born in 1970 looked at how vocabularies developed between the ages of sixteen and forty-two. The test involved asking people to pair words from one list with words of a similar meaning from another list. For example, they were asked to find other words meaning “hirsute,” “grotesque,” or “cerebral.”

The good news is that learning doesn’t stop at the end of the school years – whether they read regularly or not. In fact, our study members demonstrated large gains in vocabulary between the ages of sixteen and forty-two. At age sixteen, their average vocabulary test score was 55 percent. By age forty-two, study members scored an average of 63 percent on the same test.

Another piece of good news is that reports of the death of reading seem to have been exaggerated. More than a quarter, or 26 percent, of respondents said that they read books in their spare time on a daily basis, with a further 33 percent saying that they read for pleasure at least once a month. This left a minority of 41 percent who said that they read in their leisure time only every few months or less often.

How Much and What You Read

So who increased their vocabularies the most between the ages of sixteen and forty-two? Our statistical analysis took account of differences in people’s socio-economic backgrounds and in their vocabulary test scores at the ages of five, ten and sixteen. We found that reading for pleasure in both childhood and adulthood made a difference to rates of vocabulary growth between adolescence and middle age. 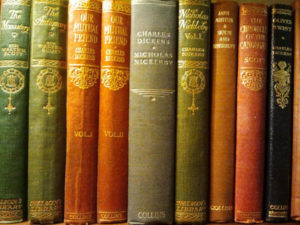 It seems that it isn’t just how much you read, but also what you read that makes a difference. People in their forties who now read high-brow fiction (such as classic fiction and contemporary literary fiction) made the greatest vocabulary gains.

Young people today have many competing demands on their time, but new technologies should make it easier than ever to share books and information about what to read. It is vital that schools promote reading for pleasure, so it is worrying that many schools today do not have school libraries. The threat to public libraries is also a potential threat to life-long learning.

Most importantly, we need to consider how to foster a love of reading in children who come from homes with few books, as we know that a lack of books in the home is one of the most powerful predictors of educational failure. A final message from our research is that not all reading is equally beneficial to learning, and the greatest gains come from more intellectually challenging fiction.