You’ll find authors use a variety of kinds of support as they develop their thoughts in a text. Here are a few categories of resources you might encounter in the body of your reading: 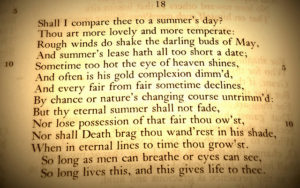 Shakespeare’s Sonnet 18, which might serve as an exhibit in a text

Exhibits are examples or excerpts from the object of study. Humanities (like English or religious studies) makes use of exhibits in the form of primary texts. For example, an article about Shakespeare’s sonnets would quote small sections of the poems. A text about Buddhism might quote English translations of the sutras (and perhaps the Sanskrit originals).

Exhibits can also include visual reproductions. A paper on Michelangelo might attach images of the paintings in the Sistine Chapel. A book about the Great Depression might use reproductions of photographs by the WPA. A study of the Jurassic period might provide photographs of dinosaur bones and excavation sites.

Exhibits allow readers to see the part of the text or the image that supports a claim. By themselves, they are not evidence. Only when the author explains how the image or text supports a reason does it become evidence.

Expert testimony includes quotations from scholars and summaries of previous research or scholarship. Expert testimony can reinforce an argument when readers will resist a claim; however, a quotation by an expert with similar claims is rarely sufficient as evidence on its own. Readers should expect an author to explain how that expert supports his or her argument. They will also want an author to reinforce the claim with evidence from other sources. 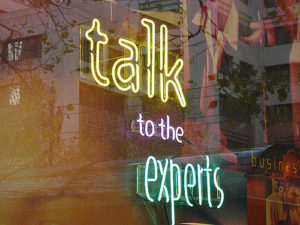 Before quoting an expert, an author must determine whether he or she counts as an authority. Just because someone has published an academic paper or book does not mean that, as a reader, you will believe that his theories are valid. In the sciences and social sciences, readers should expect expert testimony to be the most current research. Quoting a paper written even ten years ago may not be convincing expert testimony.

In the sciences, readers rarely expect direct quotations of secondary sources as evidence. Instead, science writers use summaries of previous research and the findings, or data, to support their own claims.

Interviews and surveys are often used as evidence in the social sciences. For example, a psychology paper might interview teachers and parents about their children’s gender identities and then observe the their children behave when playing. Quotations and detailed descriptions of an author’s observations count as evidence here. 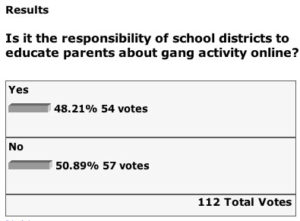 Surveys are often mistaken for “facts” or used as “data.” While they look like statistics or “hard numbers,” surveys are created through interviews. Therefore, when seeing a survey as evidence, whether it is one an author created or one found through research, it is important for readers to question the method of the survey. Who were the participants? How were they selected? How were the questions phrased? Surveys are valid evidence in many disciplines, but they require explanation before the reader should trust the numbers.

In some texts, stories about the author’s personal experience may be appropriate. Personal anecdotes may be appropriate in some sociology or psychology papers, but only when accompanied by additional evidence. In some humanities writings, personal anecdotes are acceptable as a stylistic choice in the conclusion or introduction, but not as evidence in the body paragraphs.

Readers should not be persuaded by personal anecdotes if authors rely on them to support all claims, or they’re used to prove a controversial claim. Readers should ask whether an author’s personal experience represents a common occurrence, or one that just happened to that one person.