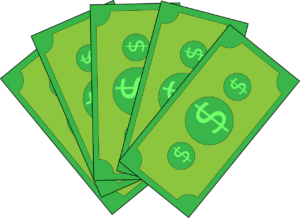 A large corporation like Home Depot or Amazon engages in hundreds of thousands of transactions during a year. Can you imagine preparing a transaction analysis, as we did for NeatNiks, for all those transactions? Even for just one day? It would take a lot of time, and even if you used a spreadsheet, it would be unmanageable. Fortunately, there is a better way to organize all that data: double-entry bookkeeping. Before we get into the details of the double-entry bookkeeping system though, we need to understand what we mean when we say the word account.

An account is a part of the accounting system used to classify and summarize the increases, decreases, and balances of each asset, liability, stockholders’ equity item, dividend, revenue, and expense. Firms set up accounts for each different business element, such as cash, accounts receivable, and accounts payable.

The list of all accounts for the business is called, simply enough, the chart of accounts.

Notice that accounts are categorized by type and listed not alphabetically, but in a particular order that goes like this:

Equity, which is broken down into:

Accountants may differ on the account title (or name) they give the same item. For example, one accountant might name an account Notes Payable and another might call it Loans Payable. Both account titles refer to the amounts borrowed by the company. Most textbooks refer to the main bank account as Cash, but in reality, businesses don’t carry much cash. They will have several checking and savings accounts though, so a company accountant would name the accounts representatively, such as First World Bank Checking, First World Bank Payroll Account, and First World Bank Money Market. The account title should be logical to help the accountant group similar transactions into the same account. Once you give an account a title, you must use that same title throughout the accounting records.

The Role of Accounts 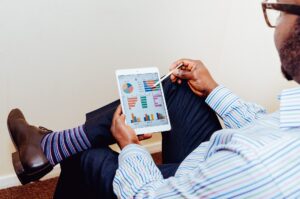 We use accounts to track things that are important to us (using the monetary principle) and we try not to have more accounts than we need. We may have one account for all our equipment purchases called “Equipment.” We might have a separate list of all the equipment and what it cost us, but the total cost of all the equipment on that list would be equal to the total of the Equipment account (that is just a running total of everything we have purchased so far). You would not want to start a new account for each piece of equipment. However, you may want separate accounts for equipment, vehicles, buildings, and land. That decision really depends on how you are going to report those things on the financial statements. Often, when deciding on which accounts to use, it is best to work backward from the end product—the financials. We’ll come back to this topic later, but for now, just know that an account is a category that we use for tracking and reporting.

Each account then will have a running total, called a “balance” that we, as bookkeepers, keep up to date and accurate.

For instance, in our completed table for NeatNiks, we were tracking the following categories (accounts):

Each account shows a running total, and we know at the end of October, there was $3,500 in the bank (and that amount should be verifiable as well by checking the bank statement).

Accounts are the categories that we use to track the financial information that is important to us.

Next, we’ll tackle one of the most perplexing issues for non-accountants: debits and credits. But first, let’s check your understanding of the role of accounts in the accounting process.

Practice Question: The Role of Accounts