The indirect method adjusts net income (rather than adjusting individual items in the income statement) for (1) changes in current assets (other than cash) and current liabilities, and (2) items that were included in net income but did not affect cash. 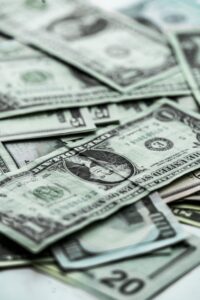 Companies may add other expenses and losses back to net income because they do not actually use company cash in addition to depreciation. The items added back include amounts of depletion that were expensed, amortization of intangible assets such as patents and goodwill, and losses from disposals of long term assets or retirement of debt.

To illustrate the add back of losses from disposals of noncurrent assets, assume that Rumble Corp. sold a piece of equipment for $150. The equipment had a cost basis of $160 and had accumulated depreciation of $100. The cash would be reported in the investing section as proceeds from the sale of a long term asset. The difference between the book value of $60 and the cash received $150 is the gain of $90 which was reported on the income statement but is not a cash item.

The same process would apply to losses on sales of long term assets or retirement of debt. Since the cash will be accounted for in later cash flow sections we want to remove the effect from net income so any accrual-basis losses will be added back to net income.

As a general rule, an increase in a current asset (other than cash) decreases cash inflow or increases cash outflow. Thus, when accounts receivable increases, sales revenue on a cash basis decreases (some customers who bought merchandise have not yet paid for it). When inventory increases, cost of goods sold on a cash basis increases (increasing cash outflow). When a prepaid expense increases, the related operating expense on a cash basis increases. (For example, a company not only paid for insurance expense but also paid cash to increase prepaid insurance.) The effect on cash flows is just the opposite for decreases in these other current assets. 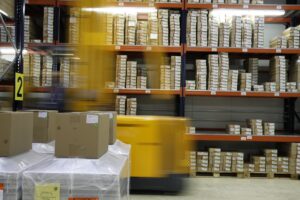 An increase in a current liability increases cash inflow or decreases cash outflow. Thus, when accounts payable increases, cost of goods sold on a cash basis decreases (instead of paying cash, the purchase was made on credit). When an accrued liability (such as salaries payable) increases, the related operating expense (salaries expense) on a cash basis decreases. (For example, the company incurred more salaries than it paid.) Decreases in current liabilities have just the opposite effect on cash flows. A short term notes payable from a bank would be treated as a financing activity and not an operating activity.

To summarize, the indirect method for calculating the operating activities of a statement of cash flows includes:

Here is the income statement for Rumble Corp.:

And the comparative balance sheets:

And here is the information we need to complete the cash flows from operations section of the statement of cash flows (all numbers represent millions of dollars):

We can then create the operating section of the statement of cash flows:

Now let’s compare it again to the direct method:

Notice that the bottom line is the same, it’s just the method of getting there that is different.