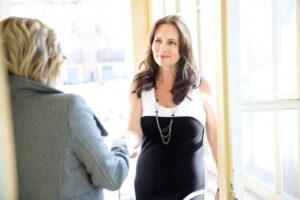 FASB Statement No. 5 defines a contingency as “an existing condition, situation, or set of circumstances involving uncertainty as to possible gain or loss to an enterprise that will ultimately be resolved when one or more future events occur or fail to occur.”

There are three GAAP-specified categories of contingent liabilities: probable, possible, and remote. 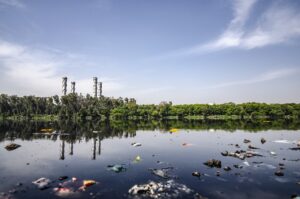 Any probable contingency needs to be reflected in the financial statements—no exceptions.

The following two examples from annual reports are typical of the disclosures made in notes to the financial statements. Be aware that just because a suit is brought, the company being sued is not necessarily guilty. One company included the following note in its annual report to describe its contingent liability regarding various lawsuits against the company:

Various lawsuits and claims, including those involving ordinary routine litigation incidental to its business, to which the Company is a party, are pending, or have been asserted, against the Company. In addition, the Company was advised…that the United States Environmental Protection Agency had determined the existence of PCBs in a river and harbor near Sheboygan, Wisconsin, USA, and that the Company, as well as others, allegedly contributed to that contamination. It is not presently possible to determine with certainty what corrective action, if any, will be required, what portion of any costs thereof will be attributable to the Company, or whether all or any portion of such costs will be covered by insurance or will be recoverable from others. Although the outcome of these matters cannot be predicted with certainty, and some of them may be disposed of unfavorably to the Company, management has no reason to believe that their disposition will have a materially adverse effect on the consolidated financial position of the Company.

Another company dismissed an employee and included the following note to disclose the contingent liability resulting from the ensuing litigation:

…A jury awarded $5.2 million to a former employee of the Company for an alleged breach of contract and wrongful termination of employment. The Company has appealed the judgment on the basis of errors in the judge’s instructions to the jury and insufficiency of evidence to support the amount of the jury’s award. The Company is vigorously pursuing the appeal.

The Company and its subsidiaries are also involved in various other litigation arising in the ordinary course of business.

Since it presently is not possible to determine the outcome of these matters, no provision has been made in the financial statements for their ultimate resolution. The resolution of the appeal of the jury award could have a significant effect on the Company’s earnings in the year that a determination is made; however, in management’s opinion, the final resolution of all legal matters will not have a material adverse effect on the Company’s financial position.

Contingent liabilities may also arise from discounted notes receivable, income tax disputes, penalties that may be assessed because of some past action, and failure of another party to pay a debt that a company has guaranteed.