In economics, the term depreciation represents a loss in value, usually due to either wear and tear or obsolescence (in contrast, the term appreciation refers to an increase in value). Usually, this decrease (or increase) is measured by fair market value, which is the price that a willing buyer would pay to a willing seller if both parties are aware of all the relevant facts and circumstances and neither party is under any undue influence.

For example, you buy a brand new car for $50,000 and drive it off the lot. According to bankrate.com, a new car will lose 15–20% of its value in that single moment. So, your car just went down in value by about $10,000. Presumably, because it is now a used car rather than a new car, if you went to trade it in the next day, or you tried to sell it to another individual, you’d only be able to get $40,000 for it. This is a classic example of economic depreciation, and a good way to contrast economic depreciation from accounting depreciation. 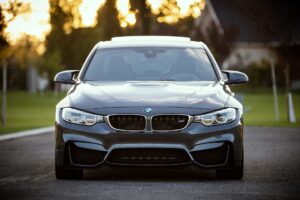 Accounting depreciation is a systematic and rational method of allocating the cost of an asset to the revenues it indirectly generates. In other words, accounting depreciation is based on the matching principle and is not directly related to a loss in value. For instance, Baker, Co. buys a new delivery truck for $100,000 cash on July 1, and expects it to be of service for five years delivering baked goods to customers around the city, and therefore contributing to revenue indirectly. The cost of the truck ($100,000) is not a period cost for July, nor is it a product cost; so we accountants, in order to match the cost with the revenue (recognizing the expense as incurred), borrow the idea of economic depreciation, but we modify it slightly.

First, we capitalize the cost of the truck as an asset. Then, instead of recognizing a $100,000 expense in July for the loss of value (economic depreciation), we recognize the amount of the total cost that is used up in the delivery process. We can only estimate the total cost, but we can make a reasonable estimate. For instance, if we expect the truck to last five years, which is 60 months, we could allocate the cost of $100,000 over 60 months, which would be $1,666.67 per month in depreciation, or $20,000 per year for five years. The first year we only owned the truck for half a year, so we would only record depreciation expense for half the year.

This is depreciation in its simplest form, but as you may have realized by now, there are usually factors that complicate things. Even so, if you go back to the matching principle, upon which depreciation is based, you will find that all the variations you are about to learn make sense. In this section, you’ll be learning three different methods of systematically and rationally allocating the cost of an asset over its useful life, as well as how to journalize and track depreciation over time.