Rather than using the straight line method of amortizing discounts or premiums, the preferable approach to recording amortization is the effective-interest method that uses a constant percentage of the carrying value, rather than an equal dollar amount each year, similar to the double-declining balance method of depreciation or fixed assets.

The amount of amortization is the difference between the cash paid for interest and the calculated amount of bond interest expense, and at the end of the bond carrying period, the unamortized discount or premium would be zero.

Let’s take a look at the concept of effective interest rate from the bond investor’s point of view. 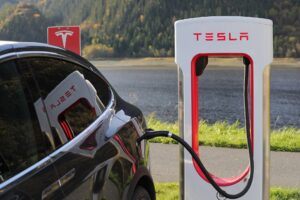 Instead of just dividing the premium by five to get the annual amortization (or by 10 to get the semi-annual adjustment), Premium Corp. uses the effective interest method to amortize the premium. For the first payment, we multiply the carrying amount of $108,530 by 6% and then divide that by two (or multiply by half) = $3,255.90.

Note that the last amortization amount was adjusted slightly to fully amortize the premium.

For instance, the following entry would record interest on June 30, 20X3:

Assume that Discount Corp. issues 100, five-year, semi-annual, $1,000 bonds with an 8% coupon during a period of time when the market rate is 10% and so receives $92,278 because the coupon rate is lower than the market rate.

Each journal entry to record the periodic interest expense recognition would vary, and can be determined by reference to the preceding amortization table. For instance, the following entry would record interest on June 30, 20X3:

Now that you understand the effective interest rate method of amortizing bond premiums and discounts we’ll move on to other long-term liabilities.