GAAP requires companies to match expenses to revenue as closely as possible. Under the direct write-off method of accounting for uncollectible accounts receivable, you could have revenue in October, finish the year, and report that revenue to investors and creditors, and then in the next year, find that account has gone bad. As accountants, we don’t want to go back to the prior year, change it, restate it, and publish new financials. That would be time-consuming and the users of those financials would be frustrated if we were always going back and changing the financials. So, once a year is over, and the books are closed, it’s done and we don’t go back.

What are the other alternatives? The FASB asked this question and the answer that came back was this: if we (accountants) could reasonably estimate bad debts in some way we could post an expense in the same year or other time period as the revenue/receivable was booked.

The easiest, but least accurate way to do this is to simply take a percentage of sales, based on a historical average, and use it as an estimate, and then periodically make sure it is fairly accurate over time. We call this the percentage-of-sales method. Also, sometimes accountants refer to this method as the income statement method because the focus is on the expense account.

The formula to estimate bad debts expense is:

Here’s an example. Larkin Co. is a start-up accounting firm that billed out $1 million in services during the year (a) and collected $750 thousand of that revenue (b): 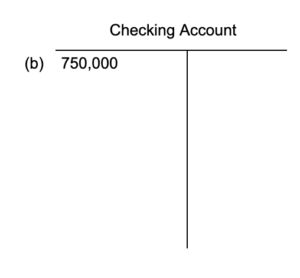 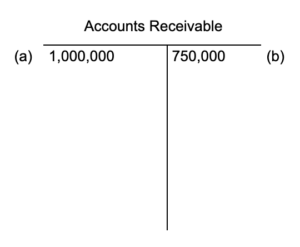 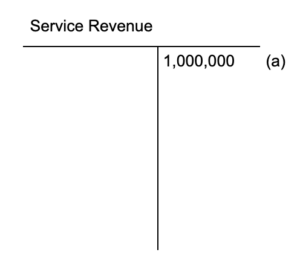 While preparing the year-end financial statements before the close of the year, Larkin Co. decides to use the percentage-of-sales method to estimate a reduction to sales that will closely approximate the revenue they have booked that they will never actually collect. They are using the same credit policies as other accounting firms and expect about the same amount of bad debt on a percentage basis. They use an industry standard (that one of the experienced partners in the firm has provided) of 1%. 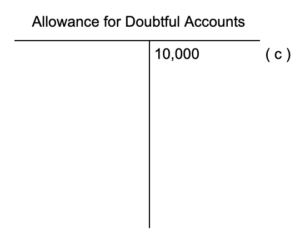 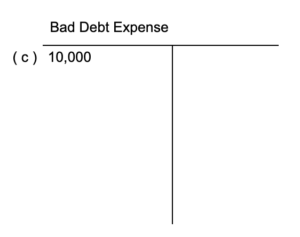 Notice they did not post the credit side of the entry to Accounts Receivable because the subsidiary account always, always, always has to agree with the control account. They could create a fictitious customer in the subsidiary ledger and then post the credit to the fictitious customer’s account, but it’s not common practice to do that. Instead, we create a separate GL account called Allowance for Doubtful Accounts. It’s a companion account to Accounts Receivable, and since it has a credit balance, it is called a “contra account.” We’ll see more of these acoounts as we go on. 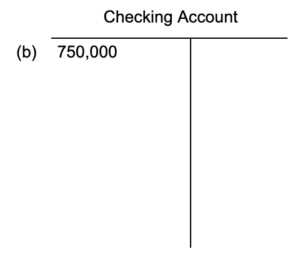 Bad Debt Expense is not considered a contra account to Revenue. It’s a stand-alone account usually classified as a selling expense (which you will see in the module on Merchandising Operations). However, Allowance for Doubtful Accounts is attached to Accounts Receivable. It holds the amount we have determined is uncollectible until we actually identify the accounts that go bad.

You can see from these few T accounts that although total gross revenues are $1 million, we have created a matching expense that records the estimated amount that will be uncollectible. The matching principle requires us to book expenses in the same period as the revenues to which they are related to the best of our ability.

Also, we now have a net number for accounts receivable. The net receivable, adjusted for the estimated uncollectible accounts is $750,000 (gross receivables) minus the allowance of $10,000. That means that we expect to collect in cash $740,000 once all the payments and non-payments are accounted for. Accountants call this collection the net realizable value. Remember, to recognize a revenue or an expense means to record it, and to realize it means it actually happens. In this case, to realize a revenue recorded “on account” means to collect the cash.

If you wanted to sell all your receivables to me (called “factoring”), I would not buy them from you based on the gross amount, which is both the control account and the detailed list of customers from whom I will collect (the subsidiary ledger). I would buy them from you based on the net realizable value—the cash I would expect to ultimately collect. We’ll cover factoring in slightly more detail a bit later.

Assume the subsidiary receivables ledger looks something like this (simplified):

Notice how the subsidiary ledger agrees to the GL control account and does not include our estimated $10,000 of bad debt.

Now, in year 2, client D refuses to pay and then disappears. All efforts to collect fail. In February, we decide to write off the account as a loss.

We post this entry to both the GL and the subsidiary ledger:

We haven’t posted any other transactions, but you can see we didn’t record the write off of the prior year’s sale as an expense in this year. We already “recognized” the expense in year one when we recognized the revenue from all that work we did. This year, we are simply recognizing the actual account that went bad. (Assume all those others are paying or have paid. Now there are new revenues and new accounts receivable, but right now we’re just trying to isolate this one issue).

Think of the allowance for doubtful accounts as a place to hold “accounts that will go bad in the future, we just don’t know which account that is yet.” When we actually identify the account(s) that go bad, we remove that account from the subsidiary ledger and the GL by moving from the “unidentified” bad accounts to the actual lists (control and subsidiary).

Again, this “income statement method” is the easiest to apply, but not the most accurate. In fact, it is not considered GAAP, so public companies who file audited financial statements with the SEC cannot use this method. We’ll cover a better method, the one used by most companies for year end financials, in the next section.

You can view the transcript for “Sales Method or Income Approach for Bad Debts Expense (Financial Accounting Tutorial #43)” here (opens in new window).