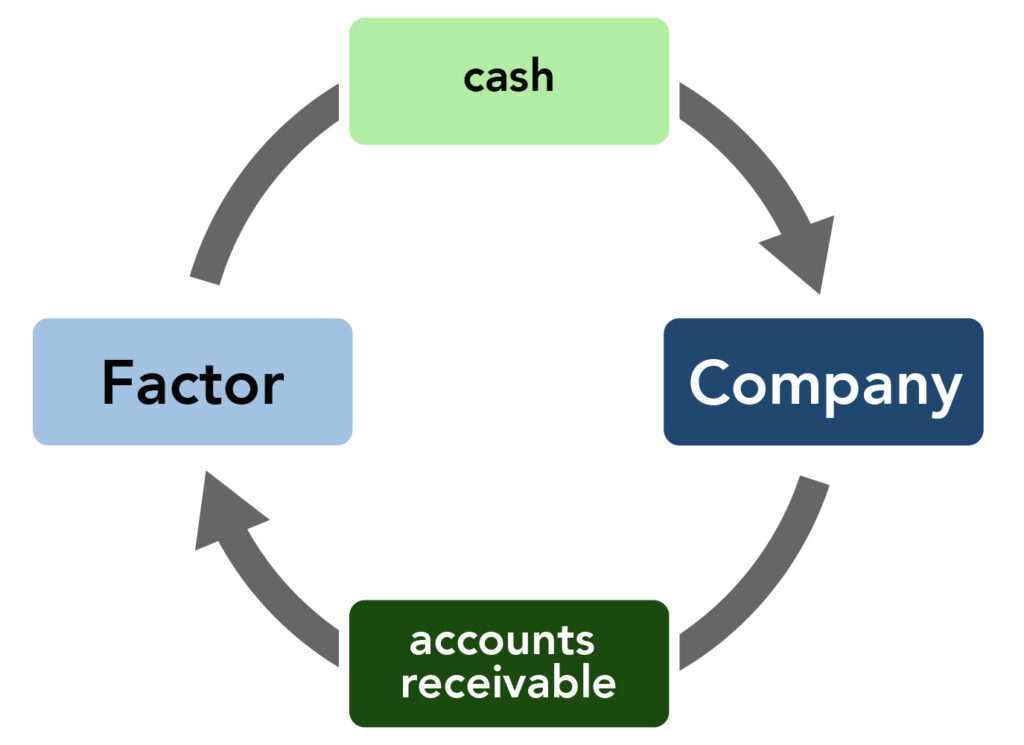 The buyer (called the “factor”) collects payment on the receivables from the company’s customers.

Companies choose factoring if they want to receive cash quickly rather than waiting for the duration of the credit terms. Factoring allows companies to immediately build up their cash flow and pay any outstanding obligations. Therefore, factoring helps companies free up capital that is tied up in accounts receivable and may also transfer the default risk associated with the receivables to the factor.

Here is a comparison between the two:

For example, take the following situation: On October 1, Larkin Co. transfers $250 thousand of receivables, without recourse, and pays an 8% fee. In addition, the factor keeps an allowance of $15,000 to cover bad accounts. The journal entry would be as follows:

Note: $20,000 factor fee is considered interest expense because the company obtained cash flow earlier than it would have if it waited for the receivables to be collected.

There will be some kind of deadline on the agreement. Let’s say it ends on Sept 30 of the next year, and actual bad debts came to $16,000. Without recourse means that the $15,000 the company gave to the factor is the limit of the bad debt liability. The final entry would look like this:

If this had been with recourse, and since the actual bad debts exceed the amount initially retained by the factor, Larkin, Co. would have to pay the factor an additional $1,000 and the journal entry would look like this:

It is important to note that the type of factoring influences the amount of fee charged and the amount of security held by the factor. The scenario in this example is only for the purpose of comparing the two types. The amount of security retained may be zero under factoring with recourse because the agreement guarantees the factor that any debts that may turn out to be irrecoverable will be reimbursed. As with any business contract, the parties negotiate the terms, and there are as many variations as there are transactions.