You can view the transcript for “FAF FASB GASB How We Create Accounting Standards” here (opens in new window).

As an example, many corporations guarantee to pay the health care and life insurance costs of their employees after retirement. Before 1990, companies accounted for these benefits as expenses in the period in which they made payments to or on behalf of retired employees. As you will see, this practice is not really in compliance with the underlying assumptions of accrual basis accounting that is required by GAAP. So, in 1989, the FASB proposed that these costs be accounted for by recognizing expenses over the period of employment rather than after retirement (you will see that this proposal is in line with the principle of matching expenses to revenues).

During 1989, companies expressed their concerns in open hearings. The main fear was that recording the past expenses that hadn’t yet been recognized would hurt current net income. The FASB reacted to these fears by modifying its originally proposed accounting treatment to ease possible adverse economic consequences. The resulting standard, SFAS 106, “Employers’ Accounting for Postretirement Benefits Other Than Pensions,” was issued in 1990, and that statement is now officially part of GAAP.

All GAAP is now officially compiled into one place, called The FASB Accounting Standards Codification®.

Practice Question: The Creation of GAAP

As you have discovered, the FASB creates GAAP that dictate how companies report the results of operations and financial position. The SEC requires publicly traded companies to follow GAAP. In addition, if a company is preparing financial statements in order to borrow money, the lender usually requests that the financials follow GAAP.

Despite the complexity, many non-publicly traded businesses decide to follow GAAP, or at least parts of it, because following the same principles as other companies make it easier to compare financial statements, especially if those statements are being shared with external users.

For that reason, the idea of a less burdensome version of GAAP has been floated around for decades. However, currently, there is no “little” GAAP.

The Argument for Little GAAP 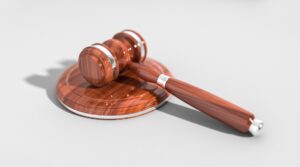 The argument for a simpler version of GAAP is that current rules are too complex and burdensome for many private companies that are not required by law to follow them. For instance, GAAP requires complex calculations and disclosures for post-retirement health benefits and other retirement plans that can cost thousands of dollars to prepare. A small company may only want a balance sheet, income statement, and statement of owner’s equity to share with the bank. Following every aspect of GAAP could be almost impossible, and the benefits of the additional information would far outweigh the costs.

In 2012, the Financial Accounting Foundation (the governing body of the FASB) established the Private Company Council (PCC) to address standard-setting issues raised by private company stakeholders. The PCC is responsible for determining whether and when to develop modifications to GAAP for private companies. The PCC also serves as the primary advisory body to the FASB on the appropriate treatment for private companies for standards under active consideration on the FASB’s technical agenda.

The main argument against having a “Big GAAP” and a “Little GAAP” is that having two separate standards could lead to confusion and the possibility of financial statements being assembled to “lesser” standards.

In these lessons, we’ll be following GAAP. However, be aware that GAAP is constantly evolving. As you develop into a professional accountant, expect to have to stay up to date, and regularly look up the most current rules.