What you will learn to do: account for issuance of stock

Common stock is a representation of partial ownership in a company and is the type of stock in which most people invest. Common stock comes with voting rights, as well as the possibility of dividends and capital appreciation. In accounting, you can find information about a company’s common stock in its balance sheet. 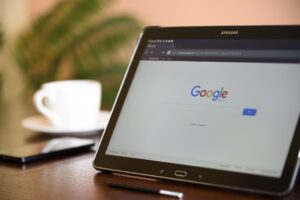 In general, common stock comes with the right to vote for corporate directors as well as to vote on policy changes and stock splits. There are a few exceptions to this rule, however, such as companies that have two classes of common stock—one voting and one non-voting. Alphabet (Google) is one example. With that stock, class A shares (ticker symbol GOOGL) have voting rights, while class C shares (GOOG) do not.

Some companies choose to distribute some of their profits (retained earnings) to common stockholders in the form of dividends, and each common stockholder is entitled to a proportional share. For example, if a company declares a dividend of $10 million and there are 20 million shareholders, investors will receive $0.50 for each common share they own.

The other main type of stock is called preferred stock and works a bit differently. The main difference is that preferred stock has a fixed, guaranteed dividend, while common stock dividends can change over time or even be discontinued. For this reason, share prices of preferred stocks generally don’t fluctuate as much as those of common stock.

For this reason, when companies liquidate or go through a bankruptcy restructuring, common stockholders generally receive nothing, and their shares become worthless.

On a company’s balance sheet, common stock is recorded in the “stockholders’ equity” section. This is where investors can determine the book value, or net worth, of their shares, which is equal to the company’s assets minus its liabilities.

Many states require that stock have a designated par value (or in some cases stated value). Thus, par value is said to represent the “legal capital” of the firm. In theory, original purchasers of stock are contingently liable to the company for the difference between the issue price and par value if the stock is issued at less than par. However, as a practical matter, par values on common stock are set well below the issue price, negating any practical effect of this obsolete legal requirement.

Some companies still offer common stock with a preemptive right, which is an option to buy a proportional part of any additional shares that may be issued by the company. This preemptive right is intended to allow a shareholder to avoid ownership dilution by being assured an opportunity to acquire a fair part of any corporate stock expansion.

Take a look at Alphabet Investor Relations, and find the Form 10-K for the fiscal year ended December 31, 2019, for Alphabet, Inc., a Delaware corporation. On page 50 of the 2019 annual report, the company reported the following components of stockholders’ equity:

This is not the most simple example, but it has a lot of interesting nuances.

The class-A shares have the typical one-share-one-vote structure. As of December 31, 2019, almost 300 million shares were being traded on the NASDAQ open market exchange under the ticker symbol GOOGL.

The class-C shares have no voting rights and are traded on the NASDAQ as GOOG. 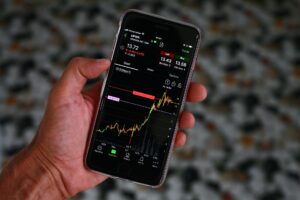 When companies go public, founders often lose control of their company when too many shares are issued, so the founders of Google, Larry Page, and Sergey Brin created a third type of share, class-B, which are held by founders and insiders that grant 10 votes per share and are not publicly traded. At the end of 2019, there were almost 350 million class C shares, but with 10 votes per share, the founders and insiders have a controlling interest in the company.

Notice that the par value is 1/10th of 1%, which for all practical purposes is zero since the company is rounding the amount on the financial statements to the nearest million.

You can also see that Alphabet, Inc. had 100,000 shares of preferred stock authorized but not issued.

In this section, we’ll be looking at all of these items and terms in more detail.