What you’ll learn to do: Explain the relationship between the U.S. and international accounting standards 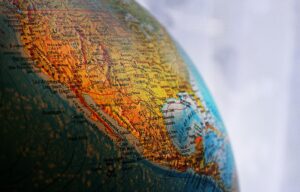 In the United States, financial reporting practices are set forth by the FASB and organized within the framework of GAAP; however, the rest of the world follows a version of what is known as International Financial Reporting Standards (IFRS) issued by the International Accounting Standards Board (IASB).

Like GAAP, IFRS defines how particular types of transactions and other events should be reported in financial statements. IFRS was established in order to have a common accounting language, so business and accounts can be understood from company to company and country to country.

As of December 2019, more than 120 countries around the world had adopted IFRS, with the notable holdout being the United States. While the SEC has openly expressed a desire to switch from GAAP to IFRS, progress toward that goal has been slow, mostly due to resistance from the AICPA and U.S. businesses who claim it would be too disruptive and expensive to make such a radical change.