Assuming no depreciation expense was entered during the year, the year-end adjusting journal entry would be:

After posting the entry, we would see the following balances in the asset accounts:

Depreciation expense is, as the name implies, an income statement account (those entries are not shown above).

As you have seen, when assets are acquired during an accounting period, the first recording of depreciation is for a partial year.

In the Spivey example, we assumed that the assets were purchased on the 1st day of the month, but of course, that is not usually the case. 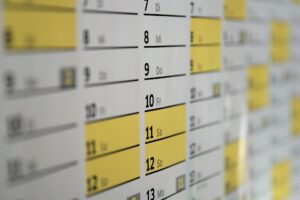 Some firms opt to use the actual number of days. For example, an asset purchased on the 10th of June would result in two-thirds of a month’s depreciation for June. Most computer programs support all these conventions and more, such as the half-year convention required for tax purposes in certain circumstances.