Bookkeepers most likely emerged while society was still using the barter-and-trade system (pre-2000 B.C.) rather than a case-and-commerce economy, and their main record-keeping system would have been a common journal. Journals from these times would have been giant leather-bound books with dates and descriptions of trades made or terms for services rendered, as you would expect in a ship’s log or a personal diary. In essence, a log or diary is what a journal is.

Below are two examples of what pre-Pacioli entries may have looked like:

If a dispute arose, these journal entries provided proof in court. Although tiresome, this system of detailing every agreement was ideal because long periods of time could pass before transactions were completed. 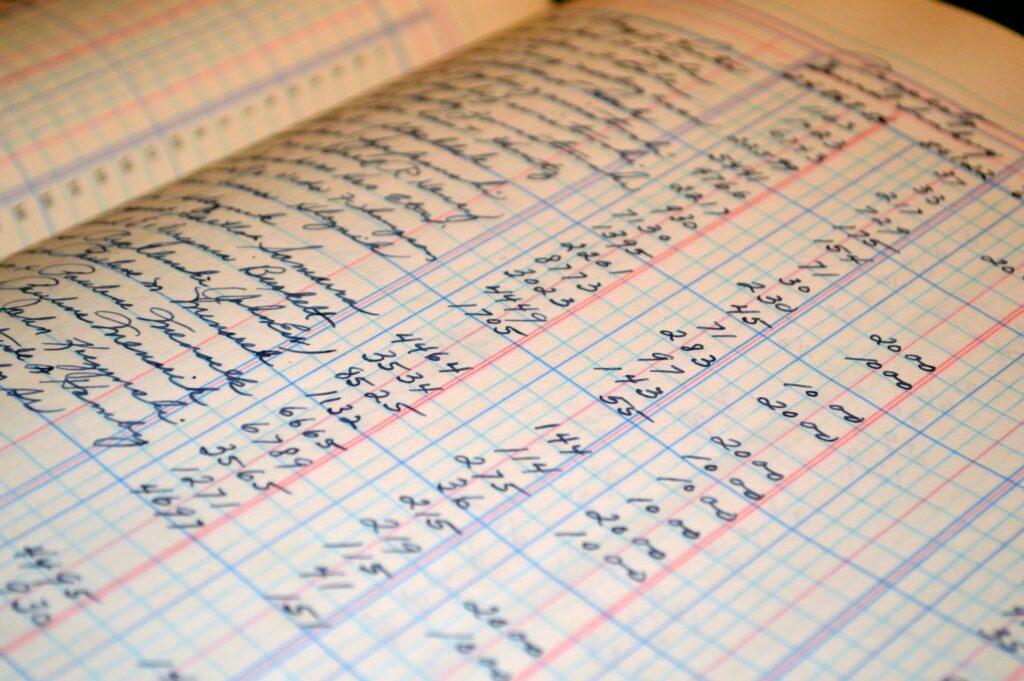 As currencies became available and tradesmen and merchants began to build material wealth, bookkeepers added monetary measurements to the journal entries, but still had to read the description of each entry to decide whether to deduct or add it when calculating something as simple as monthly profit or loss.

Then, philosophers like Cotrugli and Pacioli came up with the unique self-balancing, double-entry system of tracking that we still use today.

The idea was to list the business resources (assets) separately from any claims upon those resources by others (liabilities and equity), using debits and credits. And so, the journal evolved. Today, it is still a chronological list of economic events (transactions), but now it is strictly a shorthand version. It indicates the date, amounts, accounts involved, and whether each entry is debited or credited, and often includes a short description that would help an auditor or other accountant find the source documents.

The journal is not sufficient, by itself, to prepare financial statements. That objective is fulfilled by subsequent steps in the accounting cycle—from posting to the ledgers through the adjusted trial balance. But maintaining the journal is the beginning point toward that end objective, and so, let’s look at a more modern example of an accounting journal.

Before the use of computers became widespread, these journal entries were written by hand in a book, and there were pages and pages of them.

Here’s an example of an entire page of journal entries for a small business that just issued payroll checks to employees:

This may look impossibly complicated right now, but soon you’ll get the knack of debits and credits and how they all work together. First, however, we have to learn how to take all these journal entries, which represent the raw data from which financial statements are compiled, and re-sort them so they are sorted by account rather than by date.

That is the job of the ledger. When you get to the ledger in the next section, look for the highlighted entries to cash.