A ledger is another book, similar to the journal, but organized by account. A general ledger is the complete collection of all the accounts and transactions of a company. The ledger may be in loose-leaf form, in a bound volume, or in computer memory.

Individual accounts are in order within the ledger. Each account typically has an identification number and a title to help locate accounts when recording data. For example, a small company with simple reporting needs might number asset accounts, 1000–1999; liability accounts, 2000–2999; equity accounts, 3000–3999; revenue accounts, 4000–4999; and expense accounts, 5000–5999. This is a fairly traditional and straight-forward system, where assets start with 1, liabilities with 2, and so on. 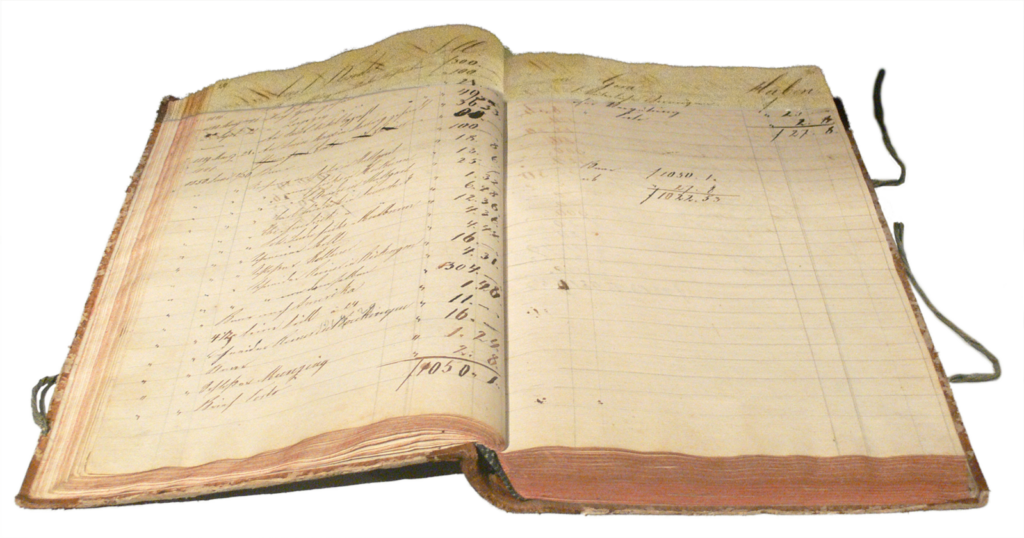 This is a modern ledger page:

You’ll become more familiar with ledgers as you continue through this course. If they seem a little overwhelming, be patient with yourself. As you learn more through the next modules, you’ll be able to look back and know exactly what each item in this example means.

Let’s take a closer look at the modern ledger. Notice that ledgers include the date of each transaction, then a column we don’t use much called “Item,” and then a column called “posting reference” that we’ll discuss later. Next are debits and credits. Since the example above is the checking account, it is an asset, appropriately numbered 1100 (which is the way we order the accounts in the general ledger—not alphabetically, but by number). The far-right columns keep a running balance of the debits and credits.

Since the checking account is an asset account, a debit (entry on the left side) represents an increase, and a credit (entry on the right side) represents a decrease. The first entry is the balance from the end of September. A debit balance in the checking account is the “normal” balance because if we have money in the bank (in this case, $199,846.33) it would mean deposits had exceeded withdrawals, and deposits (increases) are recorded as debits, while withdrawals (decreases) are recorded as credits. To get the balance, we “net” the debits and credits. Look at the second line of the ledger. A credit of $12,315.64 from the journal page 41 (see the J41 in the post ref column?) reduces the balance from $199,846.33 to $187,530.69. We don’t know what created that credit. It could have been a check written or a transfer. We would need to go to the journal to find the original entry. More about that later.

At the end of December (assuming this ledger is complete and correct), how much money did this company have in its checking account?

This is only a tiny part of the picture though. Remember that there are more accounts. A whole lot more.

We use T accounts to help us analyze transactions. A T account is just a ledger that has been stripped of everything but the debit and credit columns. 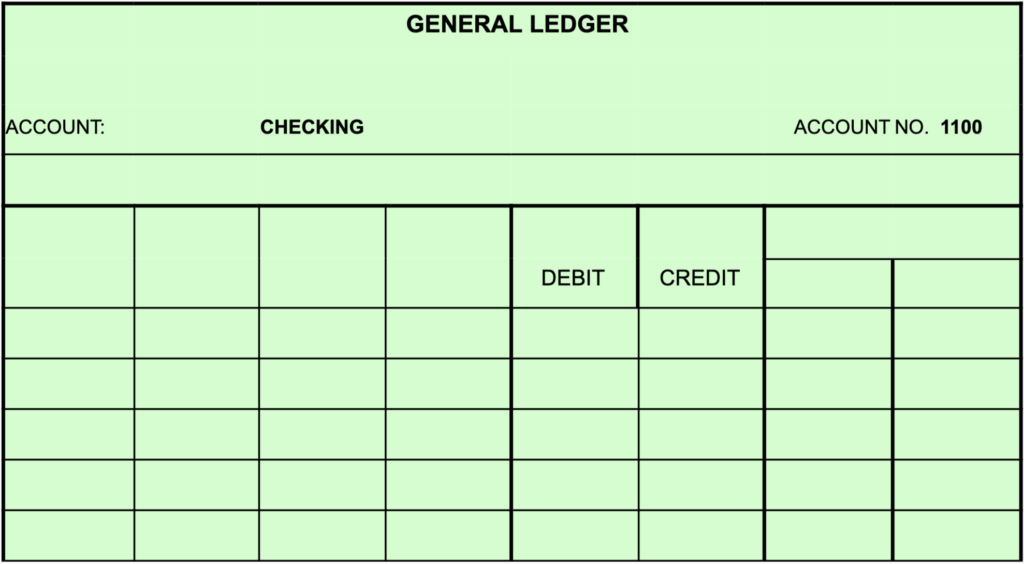 If we want to sketch out a transaction before we write the journal entry, we can use T accounts on a piece of paper or even a napkin. 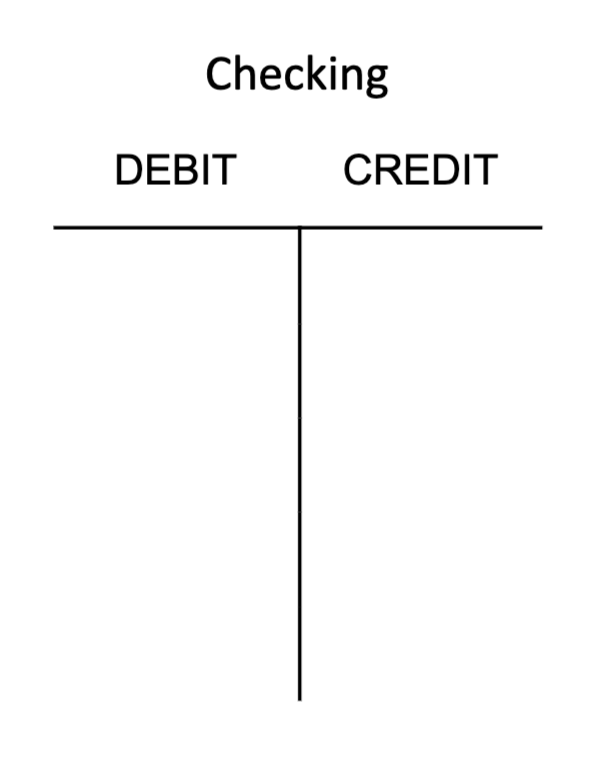 Let’s revisit the first transaction we recorded for NeatNiks:

On October 1, Nick Frank opened a bank account in the name of NeatNiks using $20,000 of his own money from his personal account.

Using T accounts, we could visualize how the transaction would look in the ledger:

From this analysis, we could write the journal entry, which will include the date, the account, and the amount (debit and credit), and a short description of the transaction, like this:

As you are about to learn, the process of taking the list of journal entries and entering them into the ledgers is called posting. You have all the tools; now it’s time to put them into practice.