A company uses various kinds of debt to finance its operations. Two major classifications of long-term debt are: 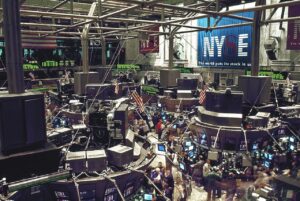 In addition to being either secured or unsecured, debt could be classified as:

A basic loan or “term loan” is the simplest form of debt. It consists of an agreement to lend a fixed amount of money, called the principal sum, for a fixed period of time, with the amount to be repaid by a certain date (balloon) or in installments (amortized), plus interest.

YourCo needs $100,000 for long-term expansion plans that include some remodeling, the purchase of a competitor, and other capital and infrastructure improvements. YourCo has an extremely good credit rating and credit history with the bank.

Or, you could create a running calculation on a spreadsheet like this:

From this example, you can see the compounding effect of the interest rate as the unpaid interest increases the balance upon which future interest is calculated.

Monthly payments will be $1,625.28, and the ending principal and interest balance will be $0.

You could calculate this amount using an online amortization program or by using a spreadsheet (Excel function looks like this: =PMT(0.01,96,100000,0,0) where 0.01 is the rate, 96 is the number of periods, 100000 is the present value, 0 is the future value, and the final value of 0 represent payments at the end of each period, as opposed to a 1 that would indicate a payment at the beginning of each period.

Here is a partial amortization schedule. Notice the total payments, principal plus interest, come to $156,026.88 which is significantly less than the balloon payment option (alternative 2).

In addition to the current portion of long-term debt, the company must also disclose pertinent information for the amounts owed on the notes. This will include the interest rates, maturity dates, collateral pledged, limitations imposed by the creditor, etc.

These concepts will apply to all kinds of long-term debt, including leases and bonds, but on the next page, we will focus on the journal entries needed for a simple note payable.