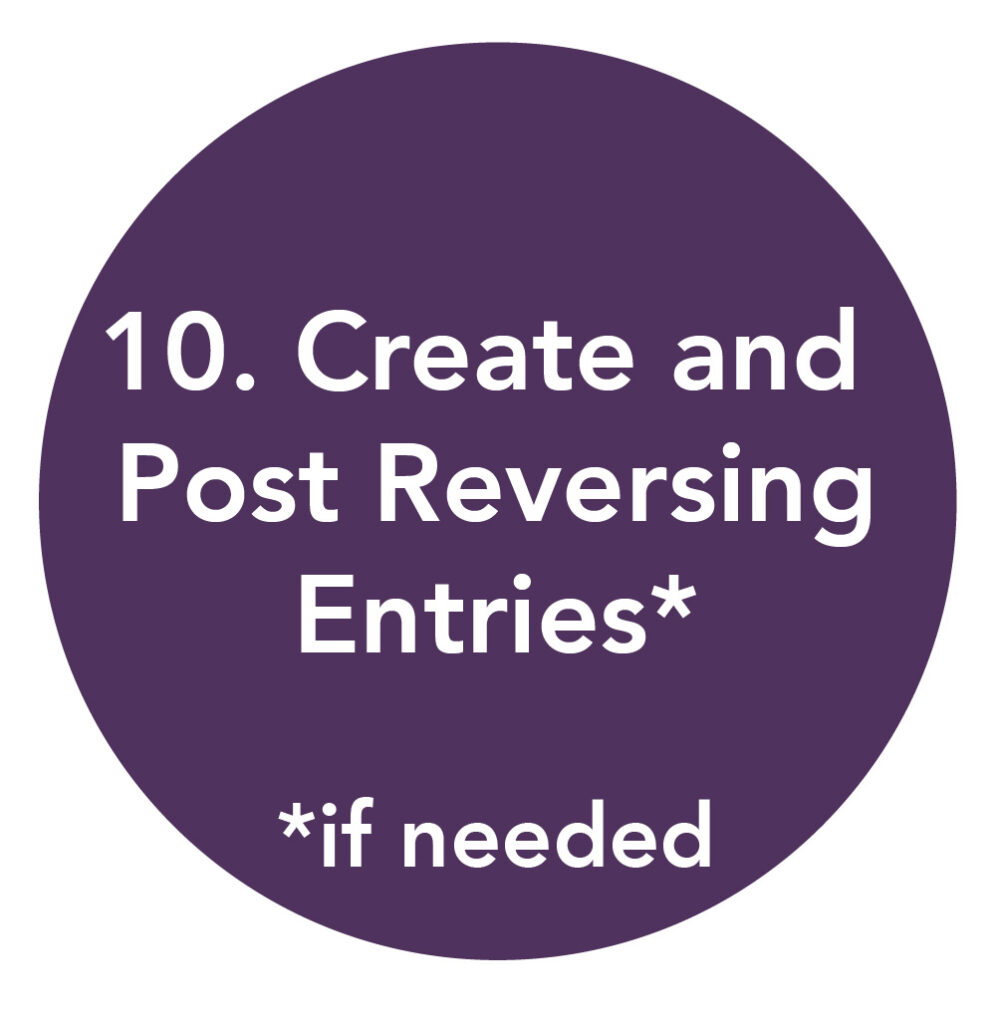 Let’s take a look at NeatNiks’s opening balances for just two accounts in November (Figure A): 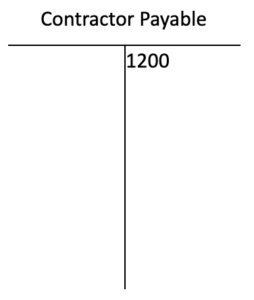 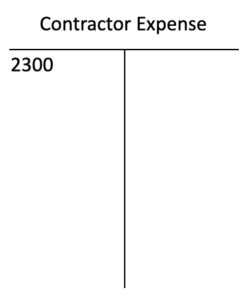 These were the ending balances on October 31, and they are the starting point for November.

NeatNiks’s works with independent contractors instead of employees, but just for this example, let’s pretend that it pays employee wages.

Now let’s say that on November 10, the payroll department (if it had one) wrote checks to employees (if there were employees) for October crediting the checking account and debiting wage expense (Figure B – Checking Account T account omitted): 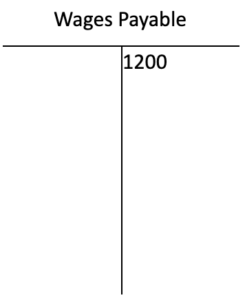 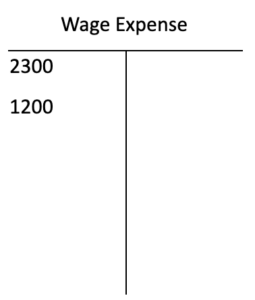 Oops. The November debit for October wages paid in November went to expense. That debit should have offset Wages Payable, like this (Figure C): 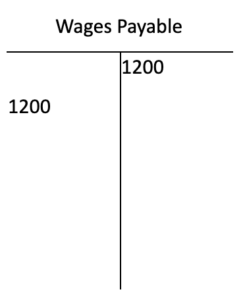 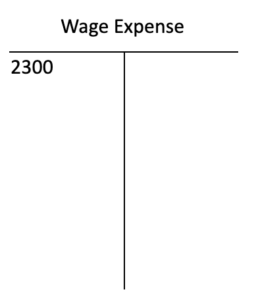 Offsetting the debit would make the balance in Wages Payable = zero. This balance is correct because we recognized the expense in October under the matching principle of accrual basis accounting. We don’t want to show it again in November, but we do want to show that we paid off the debt to the employees. However, if payroll is just an automatic system that posts to Wage Expense every time we pay, our books will be off like they are in Figure B.

In this case, the $2,300 in wages that is the beginning balance of Wage Expense are October wages and already include the $1,200 accrual.

If we know the wage amount when we make that Wages Payable/Wage Accrual adjustment at the end of October, we also prepare a reversing entry that looks like this (the wage accrual entry is also included as a reference):

Now (after we have posted this entry to the ledgers) our ledger balances look like this on November 1 (Figure E): 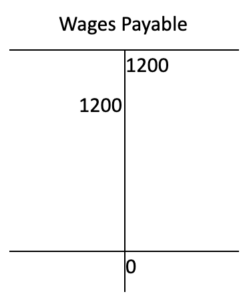 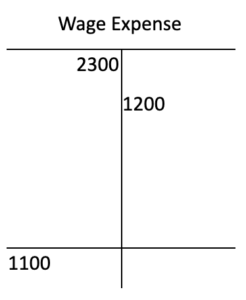 When payroll processes the checks, our ledgers look like this (again, the Checking Account is omitted from this Figure F):

The reversing entry reflects the matching principle, which is based on the time period concept. We recognized the expense in October by making an adjusting journal entry. We reversed that entry in November, effectively moving the expense from November to October so when we run October financials, the expenses match up to the revenues and therefore we have a more accurate picture of the results of company operations.

As November progresses, payroll makes a disbursement to employees on the 25th to pay wages earned from the 1st to the 15th (let’s make that amount $1,600—Figure G):

Then at the end of November, we run an unadjusted trial balance, see that we need to accrue wages of $2,200, make an adjusting journal entry, and post it (Figure H):

If we run a Profit and Loss (P&L, also known as an Income Statement) for November only, we should see a wage expense of $3,800. That expense is the total of the November 25 pay for the first half of the month, and the December 10 payroll that we accrued for the second half of the month. NeatNick’s balance sheet at the end of the month will show that the company owes the employees $2,200, which we will pay on December 10.

Here is one last look at how these accounts would look without the reversing entry (Figure I): 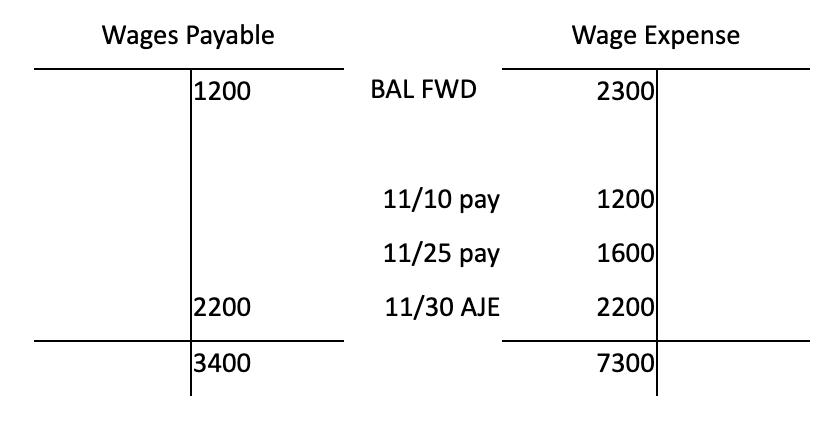 See if you can figure out what is wrong with these accounts.

Once you do, you’ll be able to see why we make reversing entries for some accruals. However, we could also avoid all this work by simply having payroll post the check as run on the 10th to Wages Payable and the check run on the 25th to Wage Expense.

Now that you’ve been through the entire accounting cycle, when you are developing or improving systems and processes at a company, you can decide which is best.