The time value of money draws from the idea that rational investors prefer to receive money today rather than the same amount of money in the future because of money’s potential to grow in value over a given period of time. 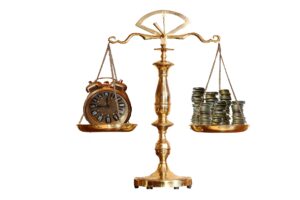 Assume you have the option to choose between receiving $10,000 now versus $10,000 in two years. It’s reasonable to assume most people would choose the first option. Receiving $10,000 today has more value and utility than receiving it in the future due to the opportunity costs associated with the wait. In addition to the fact that if you had the $10,000 right now you could invest it in something that would grow to twice or three times that, there is an additional cost to waiting–inflation. In 1970, the average price of a dozen eggs was $0.62. In 2010 it was $1.47. In 2015 it was $2.09. (U.S. Bureau of the Census, Historical Statistics of the United States, Colonial Times to 1970, Bicentennial Edition, Part 2., Bureau of Labor Statistics, 2011; 2015)

The point here is that investors are looking for growth. A savings bond is fairly low-risk, but the trade-off is a low rate of return. Investing in Starbucks is very risky, so the potential for gain is much greater, as is the potential for loss. That is the nature of the marketplace.

There are two basic ways to assess the time value of money: present value and future value.

Depending on the exact situation in question, the time value of money formula may change slightly. For example, in the case of annuity payments, the generalized formula has additional or less factors. But in general, the most fundamental TVM formula takes into account the following variables:

Based on these variables, the formula for TVM is:

The formula can also be rearranged to find the value of the future sum in present day dollars.

This shows TVM depends not only on interest rate and time horizon but also on how many times the compounding calculations are computed each year. 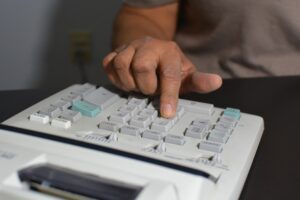 This relates to long-term debt and financing because often, as in bonds and leases, the carrying value of the liability is based on the present value of the total future obligations, rather than say the total of the payments.