Although she was a contemporary of Taylor and the Gilbreths, author and advisor Mary Parker Follett had a very different frame of reference and her ideas form the basis of our understanding of modern organizational behavior. A former social worker, she understood power dynamics and stressed the importance of human psychology and human relations rather than a mechanical or scientific approach to work and management-employee interactions. In its biography, ThoughtCo. notes that “Follett was one of the first people to integrate the idea of organizational conflict into management theory.”[2] And, indeed, her idea of conflict as a place of opportunity is even more relevant today. Specifically, Follett proposed that conflict, rather than requiring compromise, could be a stimulus for innovation. In an essay written in 1924, Follett coined the terms “power-over” and “power-with,” differentiating between coercive and participative power and demonstrating how “power-with” can be greater than “power-over.” Although her work is rarely or only marginally covered, her ideas have shaped theories in psychology and management, including Abraham Maslow’s work. For perspective, management consultant Peter Drucker, whom BusinessWeek referred to as “the man who invented management” called Follett the “prophet of management” and his “guru.”[3]

In 1924, Australian sociologist Elton Mayo, who later became an industrial research professor at Harvard, began a series of studies that demonstrated that employee motivation is heavily influenced by social and situational factors. Mayo’s findings, referred to as the “Hawthorne Effect,” marked a radical change in motivational theory and management practice.

For example, Frederick Taylor’s principles focused on individual workers and how to optimize that person’s work performance. The Hawthorne studies observed workers in a social context—as part of a group—and determined that employee performance is influenced by not only innate ability but by the work environment and their co-workers. Specifically, the studies found that management attention and engagement with workers and the group dynamic had more of an impact on productivity than factors such as lighting or benefits. 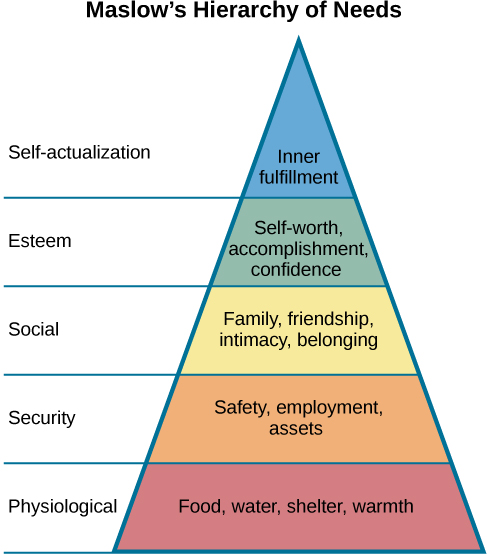 Figure 2. Maslow’s hierarchy of needs. Alternative text for Maslow’s Hierarchy of Needs can be accessed here.

In his 1943 paper “A Theory of Human Motivation,” psychologist Abraham Maslow proposed what is considered the classic theory of needs: Maslow’s Hierarchy of Needs.[5] He proposed that people are motivated by five categories of needs: physiological, safety, love, esteem, and self-actualization. These needs are represented as a pyramid, with basic physiological needs such as food, water and shelter at the base and the need for self-actualization at the top.

Maslow further classified the bottom four levels of the pyramid “deficiency needs,” noting that “a person does not feel anything if they are met, but becomes anxious if they are not.” He classified the fifth level “a ‘growth need’ because it enables a person to ‘self-actualize’ or reach his fullest potential as a human being.[6]

Maslow proposed that human behavior is purposeful and is motivated by the desire to satisfy needs and that lower-level needs must be met before a person can focus on the next level of needs. A need that is satisfied no longer motivates. An unmet need is a primary motivator. Thus, Maslow’s hierarchy provides managers with a visual representation of employee motivation.