Employment at Will Doctrine

The at will employment doctrine states that employment is for an indefinite period of time and may be terminated by either the employer or employee. The National Conference of State Legislatures (NCSL) notes that the presumption that employment relationships are “at-will” is in effect in all U.S. states except Montana. “At will” employment is a uniquely U.S. construct. In most countries, employees can only be terminated for cause. In the EU and many other countries, a written employment contract is required by law and the contract can’t be changed except by mutual agreement.[1] 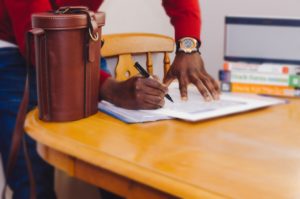 Practically speaking, “at will” means that an employer can terminate an employee at any time for any reason (except an illegal one) or for no reason without incurring legal liability. This freedom also applies to employees, who can leave a job at any time for any or no reason with no adverse legal consequences. Critically, “at-will also means that an employer can change the terms of the employment relationship with no notice and no consequences.”[2] For example, an employer can change salary or commission structure and modify or eliminate benefits. While this type of change may not be illegal, it’s not advisable, since employees are free to reject the revised terms and leave. However, the rule does “[leave] employees vulnerable to arbitrary and sudden dismissal, a limited or on-call work schedule depending on the employer’s needs, and unannounced cuts in pay and benefits.”[3]

Although at-will is the employment default, that can be modified by contract. For example, employees who are represented by unions will generally be protected by a collective bargaining agreement that requires “just cause” for termination. Senior executives may also have written contracts requiring “good cause” for termination. Factors that would constitute cause include unsatisfactory performance, misconduct and economic necessity; these factors may be details in the bargaining agreement or employment contract.

Exceptions to Employment at Will

Courts have established three basic exceptions to the at will doctrine: public policy, implied contract, and implied covenant of good faith.

The public policy exception protects employees from adverse employment actions that violate a public interest. Although this exception is interpreted differently across states, there are four categories generally recognized in employment law:[4]

An employer can create an implied contract of employment through language included in an employee handbook, policies, practices or written or verbal assurances. For example, a supervisor’s comment that commits the employer to a term of employment—for example, “your career is with us!”—or a specific developmental process—“we have a defined development and discipline process”—may constitute an implied contract. That is, even if there is no written contract, the employee may have a valid expectation of continued employment or only for cause termination based on the supervisor’s statements, an established practice or description of termination processes and procedures in the employee handbook. Although courts generally disregard overly broad language—i.e., promises of lifetime employment—as aspirational, it’s best to avoid such statements and, further, to incorporate an unambiguous disclaimer on employee materials stating that comments, policies, and procedures do not create contractual rights. 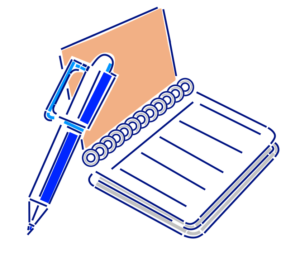 In some states, courts have applied an implied covenant of good faith and fair dealing to employment relationships. “Implied covenant of good faith” is “a general assumption of the law of contracts that people will act in good faith and deal fairly without breaking their word, using shifty means to avoid obligations or denying what the other party obviously understood.”[5] Based on this, courts have variously required just cause for termination and prohibited terminations made in bad faith or motivated by malice. An example of a bad faith termination is firing a salesperson who booked a record sale to avoid paying the commission.