Why It Matters: Employee Termination

Why learn about the legal and social ramifications of employee termination?

XYZ Automotive is an international organization specializing in affordable, energy efficient cars. In 2012, the company celebrated a 59% increase in profits. Although numbers looked great, when a competitor entered the market in 2010, XYZ Automotive was forced to lower their prices by 25% in order to stay competitive. In addition, labor costs and taxes at their car plant in Europe had increased by 15%. The executive board at XYZ Automotive decided their best way to cut costs was to eliminate their European plant. This move required the company to layoff 1,500 employees. When upper management traveled to the plant to make the announcement to the employees, they were met with outrage and anger. Within the week, thousands were protesting in the streets, forcing local law enforcement to get involved. People were encouraging the public to boycott the company, and its stock prices fell drastically after the announcement. 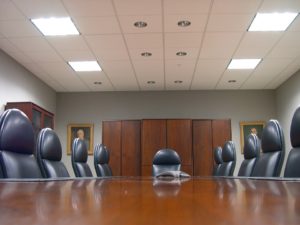 Although XYZ Automotive was able to cut costs initially, their decision to shut down the European plant cost them millions of dollars in employee compensation and severance packages and millions more in lost sales and profits. While the company’s motives were to reduce costs, it ended up spending much more than they saved. XYZ Automotive was so focused on a short-term solution that they overlooked the long-term impact their downsizing decision would have on the organization’s profitability and reputation.

So how might XYZ Automotive have handled the situation differently? This module will explore the inner workings of downsizing and the most effective and legal ways to handle employee terminations and layoffs.