Module 1: The Role of Human Resources

Why It Matters: The Role of Human Resources

Why discuss the importance and the role of human resources management? 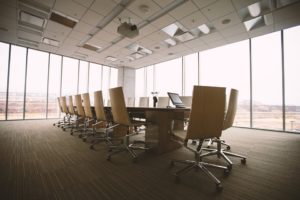 Human Resource Management as a practice has evolved dramatically over time. Prior to the emergence of modern human resource management, personnel management tasks were primarily administrative and HR staff were not considered part of senior management. In fact, this struggle for credibility and the associated goal of winning a “seat at the [leadership] table” still resonates for many. Since the early 1900s, HR’s stature and the complexity of HR roles has grown with new legislation and changes in associated business practices. Financial risk—for example, the cost of human resource management mistakes—play into this dynamic as well, with judgments having both a brand and business impact. For example, here are a few statistics compiled by SHRM:[1]

Navigating a landscape that is continuously evolving is not for the risk averse. HR management must not only ensure legal compliance but preside over socio-cultural conflicts. This is especially true as employees increasingly expect—indeed, demand—employers to take a stand on contentious issues. With globalization and employee diversification, the workplace is increasingly a place where religion, business and culture collide.[2] 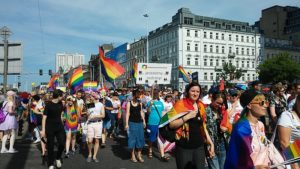 Case in point: An IKEA employee in Poland who objected to the company’s recognition of “Pride” Month, a celebration of LGBTQ (Lesbian, Gay, Bisexual, Transgender & Queer) people, citing his religious beliefs. IKEA reported that the employee, who posted his comments on the company intranet, “used quotes from the Old Testament about death and blood in the context of what fate should meet homosexuals.” To put this in context, Time reports that Poland, one of Europe’s most Catholic countries, ranks 27 out of 28 European Union states when it comes to equality and non-discrimination.[3] Politicians backed the dissenting employee, arguing that international values are not Poland’s values. Additional context: IKEA’s values include “leadership by example,“ “daring to be different” and “togetherness and enthusiasm.” Complicating matters, IKEA’s values pages includes this statement: “Throughout the years, IKEA has stood by a set of values that affect the way we work. These values are as important at an IKEA store in Ireland as they are in a photo studio in Sweden or a distribution centre in China.”[4]

Given this, what’s the appropriate HR/business response? (Spoiler alert!) Refer to HR writer and speaker Suzanne Lucas’s Inc. article “IKEA Poland Fires Man for Anti-LGBTQ Posts. Could You?” for analysis and watch news coverage for how the company’s decision plays out.

HR management requires an ability to not only live with uncertainty and manage risk but also to facilitate culture and technological change—along with associated mindset, skill set and structural changes—to ensure continued business viability. For perspective on the challenge, a recent survey of HR professionals found that only 37% of HR leaders are very confident in HR’s ability to transform the workplace and itself. Dow Chemical Company SVP of HR Johanna Söderström captures the current state of HRM in her observation that, “HR teams need to become “comfortable being uncomfortable” in today’s disrupted environment.”[5] In this module, we’ll discuss human resources as a practice and a career, as well as the factors and trends shaping the evolution of HR.