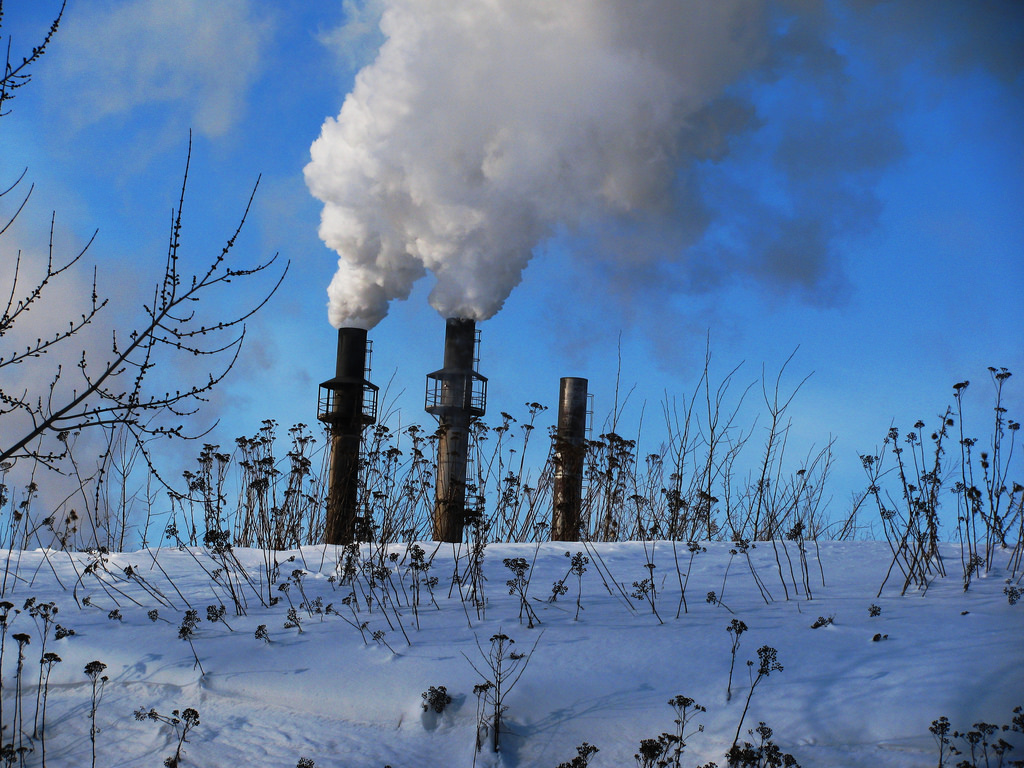 American President Calvin Coolidge said in the 1920s that “the chief business of the American people is business.” It was a popular observation in a time of economic prosperity, when issues such as energy security and climate change were practically nonexistent.

Almost a century later, things are very different. Now, more than ever, private enterprise is being called upon to exercise social responsibility, especially when it comes to the environment. This trend reflects the view that companies ought to do more than simply meet the letter of the law and the bare minimum of ethical business behavior. Today we discuss the idea of “corporate social responsibility.”

President Coolidge, like many American presidents before and since, kept government out of the affairs of business as much as possible. But starting in the 1960s and 1970s, the environmental impact of an ever-expanding economy was generating more and more protest from citizens. The result was a wave of legislation designed to reduce the pollution produced by business activity. Those laws had positive effects and are now vital parts of the American regulatory framework. But despite these regulations, controlling pollution continues to be a challenge. And now there are even larger problems on the horizon.

Even though businesses today are more efficient and use fewer resources to make goods—thanks to technological advances— many ecosystems continue to suffer. This is because the scale of economic activity grows every year, despite environmental improvements by individual enterprises.

Starting a few years ago, many citizens in the U.S. and around the world began calls for more action from private enterprise on these social issues—beyond compliance with regulations and traditional charity-related work. The result was a new movement known as corporate social responsibility, or CSR.

Corporate social responsibility (CSR) can be simply and broadly defined as the ethical role of the corporation in society. The aim of CSR is to increase long-term profits and shareholder trust through positive public relations and high ethical standards to reduce business and legal risk by taking responsibility for corporate actions. It isn’t enough for companies to generate a profit and merely meet the letter of the law in their business operations. Today, many U.S. citizens expect them to generate a profit and conduct themselves in an ethical and socially responsible manner.

CSR strategies encourage the company to make a positive impact on the environment and stakeholders—that is, all of the parties who have a stake in the performance and output of the corporation. Stakeholders include the company’s employees, unions, investors, suppliers, consumers, local and national governments, and communities that may be affected by corporate activities such as construction, manufacturing, and pollution. For some companies, CSR means manufacturing their products in a way that doesn’t harm the environment and protects the consumer from potentially hazardous materials. One such company that has staked it reputation on ethical manufacturing is LUSH Cosmetics.

There are several drivers pushing businesses toward corporate social responsibility include the following:

Let’s take a deeper look at each of these.

Consumers are demanding more from the businesses that get their hard-earned money. Businesses that are perceived as valuing more than the “bottom line” are gaining favor with the buying public. Consumers—especially those in North America—are likely to vote with their wallets against companies whose social and environmental performance is poor. Fifty-five percent of North American consumers reported that they would pay more for companies who behaved more responsibly.[1]

In the early- to late-2010s, Starbucks faced the animosity of anti-globalization rioters. It has been accused of mistreating its staff, avoiding corporate tax, and even wasting water. As the following video shows, the coffee company has been forced to react to increasing consumer pressure.

You can view the transcript for “Starbucks and Consumer Pressure” (opens in new window).

Additionally, in more recent years, it seems that their efforts to refocus on responsibility have paid off. There’s no way to change perception without actions, so Starbucks is taking action to show its dedication to social improvement. In fact, if you visit their website, one of the main sections along their top menu is Starbucks Social Impact, right alongside their lists of coffee, tea, and menu items.

As a part of their social mission, Starbucks recently announced a change in the way they deliver their drinks: they will use cups made from all recyclable material and stop using plastic straws by 2020:

If you read through the comments, you can see Starbucks replying to concerns about not having a straw option, letting customers know that there will be straws available for those who need them but that the straws will be made of alternative materials. Starbucks also recently announced their first US Signing Store on Twitter:

If you watch the video in the tweet, the video has captions—indicating there is no audio—as well as video description for those who are visually impaired. With this tweet, Starbucks shows that it’s willing to take the time to ensure all their customers are welcome, regardless of their physical abilities.

Pressure from Shareholders and Investors

Although not a new concept, Socially Responsible Investing (SRI) has seen increased attention over the last several decades. In fact, investors have become more active in their demands of corporations in which they have holdings. Investor activities to move these organizations to a more responsible position have had fairly good results.

In a 2017 study, Barko, Cremers, and Renneboog measure the effect of investor activism on corporate performance. A global dataset of 660 companies were profiled in the study by market share, analyst coverage, stock returns, and liquidity. Not surprisingly, over the ten-year study the Environmental, Social, and Governance (ESG) rating of the companies targeted by activist investors showed improvement in those ratings after the engagement with those investors, versus non-targeted “matched firms.”[2]

As consumers pay closer attention to the social responsibility of retailers and service providers, visibility into their supply chains has also become a priority. For example, Apple has come under scrutiny and criticism for the poor working conditions and environmental hazards taking place at assembly facilities in China. Even though these facilities are outside of the U.S. and are separate corporate entities, Apple has spent considerable corporate resources defending its reliance on such suppliers. Other companies such as the Swedish international retailer of furniture and household goods are taking a proactive approach to CSR both internally and within the supply chain. A visit to the IKEA website allows consumers and interested parties to view the company’s sustainability reports and their policy on “People and Planet.”

Regardless of where the pressure originates, companies are finding that ignoring their social and environmental responsibility and impact is ultimately bad for business.