In the following video, Joseph R. DesJardins discusses the concept of ethics and asks whether international standards of behavior are possible. What do you think?

When a large corporation decides to enter a foreign market, it must usually secure a number of licenses, permits, registrations, or other government approvals. Certain types of business may be even be impossible or illegal unless the corporation is first able to obtain a change or adjustment to the nation’s laws or regulations. Since the power to authorize the foreign corporation’s activities is vested in the hands of local politicians and officials, and since corporations have access to large financial resources, it should not be surprising that some corporate executives resort to financial incentives to influence foreign officials. While certain financial incentives, such as promises to invest in local infrastructure, may be legitimate, any form of direct payment to the foreign official that is intended to influence that official’s public decisions will cross the line into bribery. 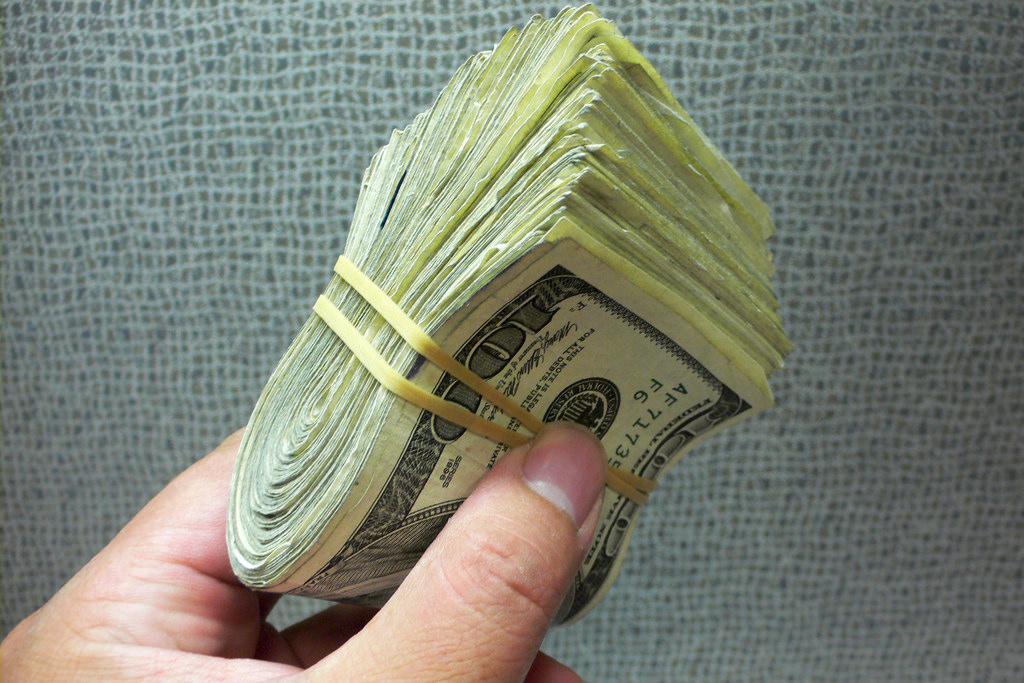 Bribery is one of the archetypal examples of a corporation engaged in unethical behavior. A number of problems can be attributed to business bribery. First, it is obviously illegal—all countries have laws that prohibit the bribery of government officials—so the foreign company engaging in bribery exposes its directors, executives, and employees to grave legal risks. Second, the rules and regulations that are circumvented by bribery often have a legitimate public purpose, so the corporation may be subverting local social interests and/or harming local competitors. Third, the giving of bribes may foment a culture of corruption in the foreign country, which can prove difficult to eradicate. Fourth, in light of laws such as the U.S. Foreign Corrupt Practices Act (FCPA) and the Organization of Economic Cooperation and Development (OECD) Convention on Anti-Bribery (discussed in greater detail below), bribery is illegal not only in the target country, but also in the corporation’s home country. Fifth, a corporation that is formally accused or convicted of illicit behavior may suffer a serious public relations backlash.

Despite these considerable disincentives, experts report that worldwide business corruption shows little signs of abating. Transparency International (TI), a leading anticorruption organization based in Berlin, estimates that one in four people worldwide paid a bribe in 2009. It appears that the total number of bribes continues to increase annually. The World Economic Forum calculated the cost of corruption in 2011 at more than five percent of global GDP (US$2.6 trillion) with more than $1 trillion paid in bribes each year.

Governments and intergovernmental organizations have redoubled their efforts to combat the perceived increase in international business corruption. Globalization, which accelerated in the final decades of the twentieth century, is often cited by specialists as contributing to the spread of corruption. Corporations and businesses in every nation have become increasingly dependent on global networks of suppliers, partners, customers, and governments. The increased interaction between parties in different countries has multiplied the opportunities for parties to seek advantage from illicit incentives and payoffs. Although outright bribery is clearly unethical and illegal, there is great deal of behavior that falls into a gray zone that can be difficult to analyze according to a single global standard. When does a business gift become a bribe? What level of business entertainment is “right” or “wrong”? Over the past two decades, governments and regulators have sought to clearly define the types of behavior that are considered unethical and illegal.

Another factor that has heightened the sense of urgency among regulators is the magnitude of recent cases of corruption (several of which are described in greater detail below). The cost to shareholders as well as stakeholders and society has proven enormous. Governments and international organizations have ramped up their enforcement of anti-corruption laws and sought increasingly severe penalties, sometimes imposing fines amounting to hundreds of millions of dollars. Largely as a result of these efforts, most multinational corporations have developed internal policies to ensure compliance with anti-corruption legislation.

The following are recent examples of large-scale corruption in international business.

According to a report issued by the Mexican Employers Association in 2011, companies operating in Mexico spend more than 10 percent of their revenue on corrupt acts. One of the most well-known cases was the Walmart scandal that came to light in September 2005 and resulted in the company’s stock value dropping by as much as $4.5 billion. Evidence unearthed by internal and external investigations revealed a widespread use of bribes, alleged to total more than $24 million. The bribes were paid to facilitate the construction of Walmart stores throughout Mexico. The country is a huge market for Walmart—one in every five Walmart stores is in Mexico. As of October 2014, the investigation continued, having implicated Walmart senior level management of complicity or awareness.

In September 2013, China’s Xinhua news agency reported that a police investigation into bribes paid by drug manufacturer GlaxoSmithKline (GSK) indicated that the bribes were organized and paid by GSK China and not by individuals operating on their own prerogative as had been reported by the company initially. Police also alleged that the corporate parent merely went through the motions of an internal audit process, indicating a knowledge and acceptance of the bribery. This very recent case suggests that the Chinese government’s widely publicized arrests and convictions for bribery have not yet served as a sufficient deterrent to corrupt practices by foreign corporations.

In January 2010, mobile-device manufacturer Alcatel agreed to pay Costa Rica $10 million in reparations for social damage caused by Alcatel’s payment of $2.5 million in bribes to get a contract to provide mobile phone services in that country. This case is notable for its application of the concept of social damage and the resulting order of compensation to the citizens of Costa Rica.

The first major international anti-corruption law was the United States’ Foreign Corrupt Practices Act (FCPA), adopted in 1977. The FCPA criminalized bribery of foreign public officials by American business enterprises. Initially, the FCPA was not well received. Few other countries followed suit and US companies complained that the FCPA shut them out of the competition for billions of dollars’ worth of overseas business contracts. Slowly, however, the push for concerted anti-corruption measures gathered momentum, and intergovernmental institutions such as the OECD, the African Union, and the United Nations eventually adopted anti-corruption conventions. Further support for a global anti-corruption agenda was provided by lending institutions such as the World Bank, by NGOs such as Transparency International, and by the rapidly evolving corporate social responsibility movement. Notable among these efforts was the Communist Party of China’s promulgation of a code of ethics to fight the widespread corruption within the Communist Party of China.

The FCPA applies only to bribes paid (or offered) to foreign government officials to obtain or retain business or to develop an unfair competitive advantage. The concepts of bribe and foreign government official can be interpreted broadly. While companies and executives charged with FCPA violations have often sought to characterize their payments as business “gifts,” this has not shielded them from liability when there was evidence that the payments were intended as a means of obtaining illicit objectives. However, where payments have been characterized as “facilitation” or “lubrication” payments, meaning that they merely created an incentive for an official to promptly execute legal actions, such as mandatory customs inspections, the payments have been allowed. In numerous countries, the state owns all or part of commercial enterprises, so a great number of business executives could be classified as foreign government officials.

In 1997, the Organization for Economic Cooperation and Development (OECD) established legally binding standards for defining bribery in international business transactions. Similar to the FCPA, the OECD Anti-Bribery Convention focuses on the bribery of public officials. Like the FCPA, the OECD also potentially creates the opportunity for companies to circumvent the regulations by hiring consultants or agents. Notably excluded from the scope of the OECD Convention is a prohibition against bribing private parties. Despite such loopholes, the OECD Convention was an important step in the right direction. By 2012, forty-three countries had ratified the agreement and begun its implementation.

Corruption from a Cross-Cultural Perspective

Compliance with anti-corruption legislation raises complex ethical dilemmas for corporations. It remains difficult to regulate ethical behavior when social and cultural norms vary significantly from country to country. Acts that are considered unethical in one country may represent a traditional way of doing business in another. One legal scholar explains the difference as follows:

A common misconception, held in both Western and developing countries, and even among many researchers on corruption, is to confuse what is corrupt with what is legal. Laws are defined by values, as are ethical norms, but the two are not equivalent. [1]

The West tends to be universalist in its outlook: That is, every society works, or should work, essentially the same way. Its business practices, for example, should be based on a market system that is characterized by transparency and regulated by laws that apply to everyone. A country that fails to conform to this model is seen as underdeveloped or dysfunctional. It follows from this view that corruption is basically the same in Sweden as in Sudan.

The reality, however, is that different cultures use radically different systems to get things done. Whereas Western cultures are primarily rule based, most of the world’s cultures are relationship based. Westerners tend to trust the system, while non-Westerners are cemented by personal honor, filial duty, friendship, or long-term mutual obligation. Loyalty to cronies is suspect behavior in the West but represents high moral character in much of the world.

What is corrupt in the West may be acceptable elsewhere. The classic example of the purchasing agent illustrates this point. The Western purchasing agent is expected to award contracts based on the quality of bids and transparently available financial information about the bidders. An agent who favors personal friends is viewed as corrupt, because cronyism subverts this transparency-based system. It creates a conflict of interest: A choice that is good for the agent and his or her cronies may not be good for the company.

In much of the world, however, cronyism is a foundation for trust. A purchasing agent does business with friends because friends can be trusted. He or she may not even ask to see the company financials, since this could insult the other’s honor. It is assumed that cronies will follow through on the deal, not because they fear a lawsuit, but because they do not wish to sacrifice a valuable relationship in an economy where relationships are the key to business. In such a system it is in the company’s interest for the agent to do business with friends, and cronyism may therefore present no conflict of interest.