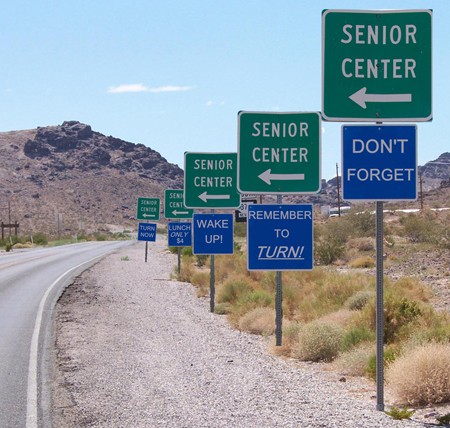 Figure 1. Are these street signs humorous or offensive? What shared assumptions make them humorous? Or is memory loss too serious to be made fun of? (Photo courtesy of Tumbleweed/flickr)

Responses like Peter’s toward older people are fairly common. He didn’t intend to treat people differently based on personal or cultural biases, but he did. Ageism is discrimination (when someone acts on a prejudice) based on age. Dr. Robert Butler coined the term in 1968, noting that ageism exists in all cultures (Brownell). Ageist attitudes and biases based on stereotypes reduce elderly people to inferior or limited positions and can reduce their quality of life as they internalize these false stereotypes.

Elder abuse occurs when a caretaker intentionally deprives an older person of care or harms the person in his or her charge. Caregivers may be family members, relatives, friends, health professionals, or employees of senior housing or nursing care. The elderly may be subject to many different types of abuse.  In a 2009 study on the topic led by Dr. Ron Acierno, the team of researchers identified five major categories of elder abuse: 1) physical abuse, such as hitting or shaking, 2) sexual abuse, including rape and coerced nudity, 3) psychological or emotional abuse, such as verbal harassment or humiliation, 4) neglect or failure to provide adequate care, and 5) financial abuse or exploitation (Acierno 2010).

How prevalent is elder abuse? Two recent U.S. studies found that roughly one in ten elderly people surveyed had suffered at least one form of elder abuse. Much like other types of abuse, some social researchers believe elder abuse is underreported and that the number may be higher. (The risk of abuse also increases in people with health issues such as dementia (Kohn and Verhoek-Oftedahl 2011). Similar to younger women, older women are more likely to be victims of verbal abuse than their male counterparts.

On December 29, 2018, a woman in a vegetative state at a nursing care facility in Arizona gave birth to a baby boy. The staff was surprised by both her pregnancy and birth, and investigation discovered that she had been raped by a nurse in the facility. This terrible case brought abuse in nursing and care facilities into the national limelight.

Institutional abuse refers to physical or psychological harms, as well as rights violations in settings where care and assistance is provided to dependent older adults or others, such as nursing homes. Recent studies of approximately 2,000 nursing home facility residents in the United States reported a growing abuse rate of 44% and neglect up to 95%, making elder abuse in nursing homes a growing danger. Exact statistics are rare due to elder abuse in general and specifically in nursing homes being a silent condition. Watch this TED talk, “Abuse Hurts at Any Age” by Catherine Aaronson to learn more about this type of abuse. You can also read more about elder abuse at the World Health Organization website.