Class in the United States

Below, we will explore the major divisions of social class in the United States and their key subcategories. 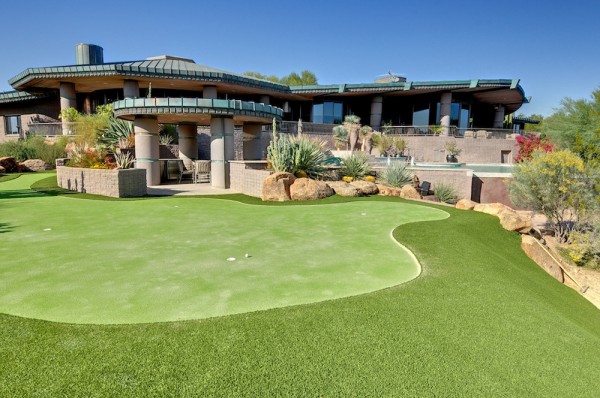 Figure 1. Members of the upper class can afford to live, work, and play in exclusive places designed for luxury and comfort. (Photo courtesy of PrimeImageMedia.com/flickr)

The upper class is considered the top, and only the elite get to see the view from there. Money provides not just access to material goods, but also access to power and status, as Max Weber described. As corporate leaders, members of the upper class make decisions that affect the job status and security of millions of people. As media owners, they influence the collective identity of the nation. They run the major network television stations, radio broadcasts, newspapers, magazines, multi-media publishing companies, and sports franchises. As board members of the most prestigious colleges and universities, they influence cultural attitudes and values. As philanthropists, they establish foundations to support social causes. As campaign contributors, they sway politicians, sometimes to protect their own economic interests. 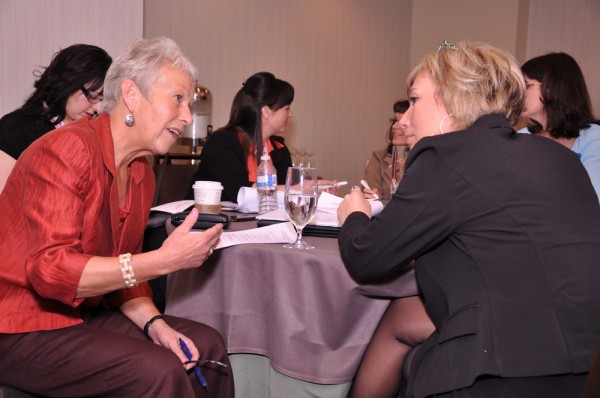 Comfort is a key concept for this group, as they work hard and live materially secure lives. Upper-middle-class people tend to pursue careers that earn higher incomes. They provide their families with large homes and nice cars. They may go skiing or boating on vacation, and their children receive high-quality education and healthcare (Gilbert 2010).

In the average middle class, people hold jobs supervised by members of the upper middle class. They fill administrative support positions, or work as teachers, as office or bank clerks and assistants, and are often in lower-level “white collar” jobs. Average middle class members generally hold bachelor’s degrees from four-year colleges or associate’s degrees from two-year community or technical colleges.

Compared to lower class work, average middle class jobs carry more prestige and come with slightly higher paychecks. With these incomes, people can afford a decent, mainstream lifestyle, but may struggle to maintain it. They generally don’t have enough income to build significant savings. In addition, their grip on class status is more precarious than in the upper tiers of the class system. They tend to own their own homes but the mortgages are often more cumbersome, leaving less money for travel, investments, and private schools.

Watch this video to learn about how the middle class in America has shrunk in recent years.

Working-class people often hold jobs in manual labor, or so called “blue collar” work. These jobs are often hands-on and might include physically demanding occupations such as factory work, machine maintenance, or construction. These people work jobs that may initially require little prior skill or experience and they often perform routine tasks under close supervision. At the more advanced level, these workers may hold certifications and be qualified as better paid “skilled” workers. These jobs are sensitive to recessions and other economic downturns, as well as to global movement of production overseas and the automation of factory work. When budgets are tight, this group is often the most likely to lose their jobs. 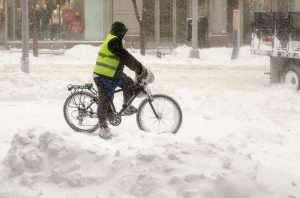 Figure 3. Bike messengers and bike delivery people are often considered members of the working class. They endure difficult and dangerous conditions to do their work, and they are not always well represented by government agencies and in regulations designed for safety or fairness. (Credit: edwardhblake/flickr)

The lower class is comprised of the working poor. Like some members of the working class, they often have unskilled, low-paying employment with hourly wages. However, their jobs rarely offer benefits such as healthcare or retirement planning, and their positions are often seasonal or temporary. They work as sharecroppers, migrant farm workers, housecleaners, entry-level retail and service staff, and day laborers. Some are high school dropouts. Some are illiterate, unable to read job ads.

How can people work full-time and still be poor? Even working full-time, millions of the working poor earn incomes too meager to support a family. The government requires employers pay a minimum wage that varies from state to state, and often leave individuals and families below the poverty line. In addition to low wages, the value of the wage has not kept pace with inflation. “The real value of the federal minimum wage has dropped 17% since 2009 and 31% since 1968 (Cooper, Gould, & Zipperer, 2019). Furthermore, the living wage, the amount necessary to meet minimum standards, differs across the country because the cost of living differs. Therefore, the amount of income necessary to survive in an area such as New York City differs dramatically from small town in Oklahoma (Glasmeier, 2020).

The underclass is the United States’ lowest tier. Members of the underclass live mainly in inner cities and many are unemployed or underemployed. Those who do hold jobs typically perform menial tasks (i.e., picking up plastic bottles) for little pay. Some of the underclass are homeless. For many, welfare systems provide a much-needed support through food assistance, medical care, housing, and the like.

People may associate the upper class with enjoyment of costly, refined, or highly cultivated tastes—expensive clothing, luxury cars, high-end fund-raisers, and frequent or expensive vacations. People may also believe that the middle and lower classes are more likely to enjoy camping, fishing, or hunting, shopping at large retailers, and participating in community activities. While these descriptions may identify class traits, they are stereotypes. Moreover, just as class distinctions have blurred in recent decades, so too have class traits. A factory worker could be a skilled French cook. A billionaire might dress in ripped jeans, and a low-income student might own designer shoes.

For famous wealthy people, making choices that do not seem to align with their economic status can often lead to public commentary. Jennifer Lopez being spotted in a dress that cost less than $30 and Zac Efron shopping at thrift stores have made the news. Others, like Halle Berry and Keanu Reeves, are known for frequent use of public transportation and relatively modest living (at least when considering to their net worth). When questioned, most point to nothing more than practicality. Lady Gaga tweeted ” why do people look at me like I’m crazy when i use coupons at grocery or try bargaining at retail…” (2012). And in dense, crowded cities such as Washington, Chicago, and New York, riding the trains is often faster and easier than taking a car.

Social stratification systems determine social position based on factors like income, education, and occupation. Sociologists use the term status consistency to describe the consistency, or lack thereof, of an individual’s rank across these factors. Caste systems correlate with high status consistency, whereas the more flexible meritocracy class system has lower status consistency.

To illustrate, let’s consider Susan. Susan earned her high school degree but did not go to college. That factor is a trait of the lower-middle class. She began doing landscaping work, which as manual labor is also a trait of the lower-middle class or even of the lower class. However, over time, Susan started her own company. She hired employees. She won larger contracts. She became a business owner and earned a lot of money. Those traits represent the upper-middle class. There are inconsistencies between Susan’s educational level, her occupation, and her income. In a class system, a person can work hard and have little education and still be middle or upper class, whereas in a caste system that mobility would not be possible. In a class system, low status consistency correlates with having more choices and opportunities. 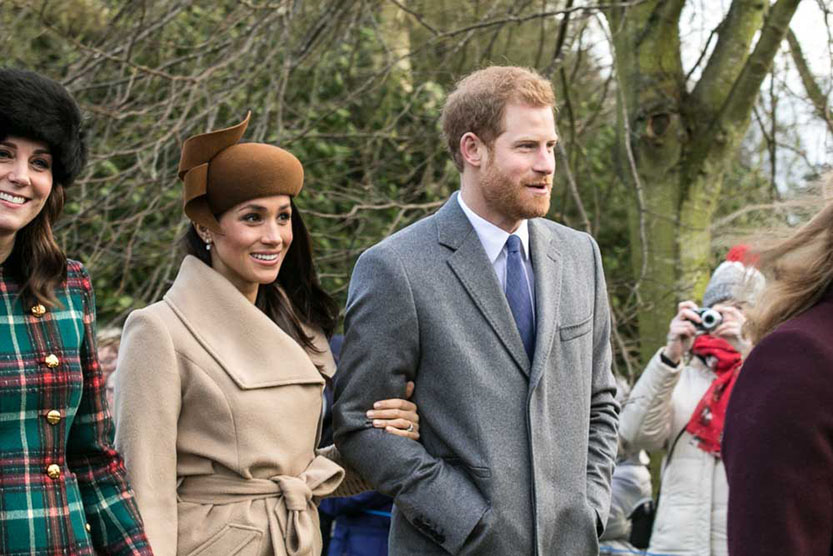 Figure 4. Prince Harry and Meghan Markle with other members of the Royal family, in 2017. One year later, the couple would wed and the American-born actress and fashion-designer would immediately become Her Royal Highness The Duchess of Sussex, a position and title that bestows significant benefits of social class (Credit: Mark Jones/Wikimedia Commons)

Meghan Markle, who married a member of the British royal family, for years endured unceasing negative media attention, invasion of privacy, and racially abusive comments. She and her husband–Prince Harry, grandson to Queen Elizabeth–undertook a series of legal actions to push back against overly aggressive media outlets. But because of the continued harassment and disagreements with others in the royal family, Meghan and Harry decided to step down from their royal obligations and begin a disassociation from the British monarchy. In doing so, they gave up honorary positions, titles, and financial support. For Meghan, who had been born in the U.S. and had earned her wealth through a successful career, these changes may not be so jarring. Prince Harry, however, had been “His Royal Highness” since he was born; by nature of his ancestry, he was entitled to vast sums of money, property, and cultural-political positions such as Honorary Air Commandant, Commodore-in-Chief, and President of the Queen’s Commonwealth Trust. Harry would also lose the military rank he had earned through almost ten years of military service, including two combat deployments to Afghanistan. Would Megxit work for him? What gave him those honors in the first place?

Britain’s monarchy arose during the Middle Ages. Its social hierarchy placed royalty at the top and commoners on the bottom. This was generally a closed system, with people born into positions of nobility. Wealth was passed from generation to generation through primogeniture, a law stating that all property would be inherited by the firstborn son. If the family had no son, the land went to the next closest male relation. Women could not inherit property, and their social standing was primarily determined through marriage.

The arrival of the Industrial Revolution changed Britain’s social structure. Commoners moved to cities, got jobs, and made better livings. Gradually, people found new opportunities to increase their wealth and power. Today, the government is a constitutional monarchy with the prime minister and other ministers elected to their positions, and with the royal family’s role being largely ceremonial. The long-ago differences between nobility and commoners have blurred, and the modern class system in Britain is similar to that of the United States (McKee 1996).

Today, the royal family still commands wealth, power, and a great deal of attention. When Queen Elizabeth II retires or passes away, Prince Charles will be first in line to ascend the throne. If he abdicates (chooses not to become king) or dies, the position will go to Prince William, Prince Harry’s older brother.

Prince Harry and Meghan Markle, meanwhile, moved to Los Angeles and signed a voiceover deal with Disney while also joining Netflix in a series production. They founded an organization focusing on non-profit activities and media ventures. Living in LA and working to some extent in entertainment, they will likely be considered a different type of royalty.

status consistency:
the consistency, or lack thereof, of an individual’s rank across social categories like income, education, and occupation