As the previous hipster example illustrates, culture is always evolving. Moreover, new things are added to material culture every day, and they affect nonmaterial culture as well. Cultures change when something new opens up new ways of living and when new ideas first enter a culture.

In the 21st century, most of us probably think about the latest gadget as promoting cultural change, but technology is not merely a product of the modern era. Technology is the application of science to address the problems of daily life. For example, fire and stone tools were some of the first technologies because they changed how people lived. From the first calculator, invented in 2400 B.C.E. Babylon in the form of an abacus, to the predecessor of the modern computer, created in 1882 by Charles Babbage, all of our technological innovations are advancements on previous iterations. All aspects of our lives today are influenced by technology. In agriculture, the introduction of machines that can till, thresh, plant, and harvest greatly reduced the need for manual labor, which in turn meant there were fewer rural jobs. This led to the urbanization of society, as well as lowered birthrates because there was less need for large families to work the farms. In the criminal justice system, the ability to ascertain innocence through DNA testing has saved the lives of people on death row. The examples are endless: technology plays a role in absolutely every aspect of our lives and in many ways has led to cultural change.

An invention refers to an object or concept’s initial appearance in society. It can be thought of as the creation of a product or introduction of a process for the first time. Discoveries make known previously unknown but existing aspects of reality. In 1610, when Galileo looked through his telescope and discovered Saturn, the planet was already there, but until then, no one had known about it. When Christopher Columbus encountered America, the land was, of course, already well known to its inhabitants. However, Columbus’s discovery was new knowledge for Europeans, and it opened the way to changes in European culture, as well as to the cultures of the discovered lands. For example, new foods such as potatoes and tomatoes transformed the European diet, and horses brought from Europe changed hunting practices of Native American tribes of the Great Plains.

Innovations result when something is improved upon or formed from existing objects or concepts—when things are put together in a new manner. For example, in the late 1800s and early 1900s, electric appliances were invented at an astonishing pace. Cars, airplanes, vacuum cleaners, lamps, radios, telephones, and televisions were all new inventions. After the initial invention, innovation resulted in better models, faster processing times, improved technology, and even in new inventions. Inventions and innovations may shape a culture when people use them in place of older ways of carrying out activities, and especially when relating to or communicating with others. Their adoption reflects (and may shape) cultural values, and their use may require new norms for new situations and activities.

Consider the introduction of modern communication technology, such as mobile phones and smartphones. As more and more people began carrying these devices, phone conversations no longer were restricted to homes, offices, and phone booths. People on trains, in restaurants, and in other public places often became annoyed by listening to one-sided conversations. New norms were needed for cell phone use. Some people felt that those who are out in the world should pay attention to their companions and surroundings, and shouldn’t unnecessarily disturb others. However, technology soon produced a workaround: texting, which enables quiet communication and has surpassed phoning as the chief way to meet today’s highly valued ability to stay in touch anywhere.

When the pace of innovation increases, it can lead to generation gaps. Technological gadgets that catch on quickly with one generation are sometimes met with indifference by a skeptical older generation. A culture’s objects and ideas can cause not just generational but cultural gaps. Material culture tends to diffuse more quickly than nonmaterial culture; technology can spread through society in a matter of months, but it can take generations for the ideas and beliefs of society to change. Sociologist William F. Ogburn coined the term culture lag to refer to this time that elapses between the introduction of a new item of material culture and its acceptance as part of nonmaterial culture (Ogburn 1957).

Figure 1. Technology Adoption Lifecycle — Sociologist Everett Rogers (1962) developed a model of the diffusion of innovations. As consumers gradually adopt a new innovation, the item grows toward 100 percent usage, or complete saturation within a society. This graph is frequently used in business, sales, technology, and cultural innovations. It can be used to describe how quickly different groups adopt (or begin using) a new technology or a new slang word, but note it is just a framework: not every innovation follows this exact pattern, but it provides a good foundation for discussion and prediction. (Graph attribution: Copyright Rice University, OpenStax, under CC BY 4.0 license)

Culture lag can also cause tangible problems. The infrastructure of the United States, built a hundred years ago or more, is having trouble supporting today’s more heavily populated and fast-paced society. Yet there is a lag in conceptualizing solutions to infrastructure problems. Rising fuel prices, increased air pollution, and traffic jams are all symptoms of culture lag. Although people are becoming aware of the consequences of overusing resources, the means to support changes takes time to achieve. 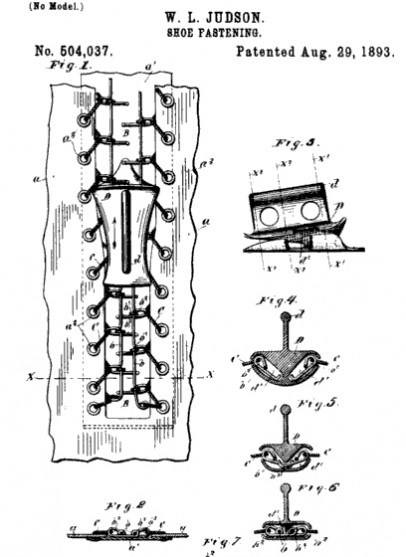 Figure 2. Officially patented in 1893 as the “clasp locker” (left), the zipper did not diffuse through society for many decades. Today, it is immediately recognizable around the world. (Photo (a) courtesy of U.S. Patent Office/Wikimedia Commons; Photo (b) courtesy of Rabensteiner/Wikimedia Commons)

The integration of world markets and technological advances in recent decades has allowed for greater cultural exchange through the processes of globalization and diffusion. Beginning in the 1980s, Western governments began to deregulate state-sponsored and funded social services while granting greater liberties and market share to private businesses. As a result, world markets became dominated by multinational companies, a new state of affairs at that time. We have since come to refer to this integration of international trade and finance markets as globalization. Increased communications and air travel have further opened doors for international business relations, facilitating the flow not only of goods but also of information and people as well (Scheuerman 2014). Today, many U.S. companies set up offices in other nations where the costs of materials, productive infrastructure, and labor are cheaper. When a person in the United States calls to get information about banking, insurance, or computer services, the person taking that call may be working in another country and from a very distant time zone.

Alongside the process of globalization is diffusion, or the spread of material and nonmaterial culture from one culture to another. While globalization refers to the integration of markets, diffusion relates to a similar process in the integration of international cultures. Middle-class Americans can fly overseas and return with a new appreciation of Thai noodles or Italian gelato. Access to television and the Internet has brought the lifestyles and values portrayed in U.S. sitcoms into homes around the globe. Twitter feeds from public demonstrations in one nation have encouraged political protesters in other countries. When this kind of diffusion occurs, material objects and ideas from one culture are introduced into another.

discoveries:
things and ideas found among what already exists

inventions:
new objects or ideas introduced into culture for the first time

technology:
the application of science to solve problems in daily life