Why It Matters: Culture

Why explain and evaluate culture? 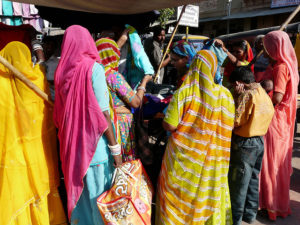 Through their development, some cultures became increasingly complex while others remained simple. Anthropologist, scientist, and author Jared Diamond puzzled over this question (known as Yali’s question in his book Guns, Germs, and Steel) and attempted to understand why some cultures have dramatically more “stuff” than others.

If you have traveled or lived outside the United States, or even if you have traveled within our own borders, across the country or perhaps simply across town, you already know that different groups of people have responded to the needs of life through creating different customs. Since the United States is one of the most diverse countries in the world, gaining an understanding of how other people “do” their culture helps us to better understand and interact with people at home and abroad. Just like playing a game, if you know the rules, you will be more successful than if you do not. Understanding the basics of culture helps us to understand one another. Consider the following story:

An American business decided to combine a project with a sister company in India. The company made plans to send five employees over for a long-term stay in order to help orient the Indian employees to the company and provide some training and perhaps build some relationships. Once they landed in India, one of the Americans found that all of her luggage had been lost! She had to go out and purchase clothing and shoes to wear for their extended stay until her luggage might be located. Because she purchased clothing styled and made in India, she had no leather belts, jackets, or shoes and she was garbed in more traditional Indian clothing. As it turned out, the new employees took to her much more readily because she dressed as they did. They felt much more comfortable with her than they did with the other Americans who dressed “strangely.”