Education Around the World 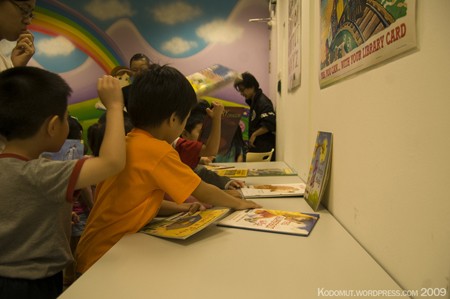 Figure 1. These children are at a library in Singapore, where students are outperforming U.S. students on worldwide tests. (Photo courtesy of kodomut/flickr)

Education is a social institution through which a society’s children are taught basic academic knowledge, learning skills, and cultural norms. Every nation in the world is equipped with some form of education system, though those systems vary greatly. The major factors that affect education systems are the resources and money that are utilized to support those systems in different nations, as well as how education is organized and administered to students. As you might expect, a country’s wealth has much to do with the amount of money spent on education. Countries that do not have such basic amenities as running water are unable to support robust education systems or, in many cases, any formal schooling at all. The consequences of this worldwide educational inequality are of social concern for many countries, including the United States.

International differences in education systems are not solely a financial issue. The value placed on education, the amount of time devoted to it, and the distribution of education within a country also play a role in those differences. For example, students in South Korea spend 220 days a year in school, compared to the 180 days a year of their United States counterparts (Pellissier 2010). As of 2006, the United States ranked fifth among twenty-seven countries for college participation, but ranked sixteenth in the number of students who receive college degrees (National Center for Public Policy and Higher Education 2006). These statistics may be related to how much time is spent on education in the United States.

Watch this video to see ways that education varies throughout the globe as well as the important opportunity that education provides for those hoping to improve their circumstances.

Results from the most recent Programme for International Student Assessment (PISA) in 2015, which is a test administered to 15-year-old students in participating economies every three years, showed that students in the United States lag far behind other high-income countries across different subjects, despite making the most progress in equity compared to other participating countries.[1] The same program showed that by 2018, U.S. student achievement had remained on the same level for mathematics and science, but had shown improvements in reading. In 2018, about 4,000 students from about 200 high schools in the United States took the PISA test (OECD 2019). Countries in the Asian and Nordic regions tend to outperform other countries across all subjects tested (science, mathematics, and literacy), although their educational systems are vastly different in their goals and their administrative systems, suggesting that there is not a single recipe for “success” as measured by PISA.

The PISA assessment is known to be influential around the world—watch this video to understand the system better: How does PISA work?

Analysts determined that the nations and city-states at the top of the rankings had several things in common. For one, they had well-established standards for education with clear goals for all students. Although these countries have well-delineated standards, they do not necessarily outline similar goals. For example, one country may emphasize cooperation, another student growth, or yet another may focus on equality, as in Finland.[2] Another thing the high-performing nations had in common was a tendency to recruit teachers from the top 5 to 10 percent of university graduates each year, which is not the case for most countries (National Public Radio 2010).

Finally, there is the issue of social factors. One analyst from the Organization for Economic Cooperation and Development, the organization that created the test, attributed 20 percent of performance differences and the United States’ low rankings to differences in social background. Researchers noted that educational resources, including money and quality teachers, are not distributed equitably in the United States. In the top-ranking countries, limited access to resources did not necessarily predict low performance. Analysts also noted what they described as “resilient students,” or those students who achieve at a higher level than one might expect given their social background. In Shanghai and Singapore, the proportion of resilient students is about 70 percent. In the United States, it is below 30 percent. These insights suggest that the United States’ educational system may be on a descending trajectory that could detrimentally affect the country’s economy and its social landscape (National Public Radio 2010).

With public education in the United States under such intense criticism, why is it that Singapore, South Korea, and especially Finland (which is culturally most similar to the U.S. of those three), have such excellent educational achievement levels on PISA? Over the course of thirty years, Finland has pulled itself from among the lowest rankings by the Organization of Economic Cooperation (OEDC) to first place by 2012. Contrary to the rigid curriculum and long hours demanded of students in South Korea and Singapore, Finnish education often seems paradoxical to outside observers because it appears to break a lot of the rules we take for granted. It is common there for children to enter school at seven years old, where they will have more hours in recess and fewer hours in school than U.S. children—approximately 300 fewer hours. Their homework load is light when compared to all other industrialized nations (nearly 300 fewer hours per year in elementary school). There are no gifted programs, almost no private schools, and no high-stakes national standardized tests (Laukkanen 2008; LynNell Hancock 2011).

Prioritization is different than in the United States. In Finland, there is an emphasis on allocating resources for those who need them most, high standards, support for special needs students, qualified teachers taken from the top 10 percent of the nation’s graduates (who must earn a Master’s degree), and frequent evaluation of education methods, with a focus on balancing decentralization and centralization to maximize administrative efficiency.

“We used to have a system which was really unequal,” stated the Finnish Education Chief in an interview. “My parents never had a real possibility to study and have a higher education. We decided in the 1960s that we would provide a free quality education to all. Even universities are free of charge. Equal means that we support everyone and we’re not going to waste anyone’s skills.” As for teachers, “We don’t test our teachers or ask them to prove their knowledge. But it’s true that we do invest in a lot of additional teacher training even after they become teachers” (Gross-Loh 2014).

Finland has consistently performed among the top nations on the PISA. Despite the most recent PISA assessment showing that their scores have been declining since the 2006 assessment, Finland continues to be among the top performers and to exhibit some of the smallest achievement gaps between its richest and poorest students, a pattern that is consistent across the Nordic countries. Finland’s school children didn’t always excel. Finland built its excellent, efficient, and equitable educational system in a few decades from scratch, and the concept guiding almost every educational reform has been equity. The Finnish paradox is that by focusing on the bigger picture for all, Finland has succeeded at fostering the individual potential of most every child, a mechanism that has resulted in notable achievement on standardized international assessments.

Krista Kiuru, the Minister of Education, said “We created a school system based on equality to make sure we can develop everyone’s potential. Now we can see how well it’s been working. [In 2012] the OECD tested adults from twenty-four countries measuring the skill levels of adults aged sixteen to sixty-five on a survey called the PIAAC (Programme for International Assessment of Adult Competencies), which tests skills in literacy, numeracy, and problem solving in technology-rich environments. Finland scored at or near the top on all measures.”

Education is not solely concerned with the basic academic concepts that a student learns in the classroom. Societies also educate their children, outside of the school system, in matters of everyday practical living. These two types of learning are referred to as formal education and informal education.

Formal education describes the learning of academic facts and concepts through a structured, programmatic curriculum. Arising from the tutelage of ancient Greek thinkers, centuries of scholars have examined topics through logical, systematic methods of learning. Education in earlier times was only available to the higher classes; they had the means for access to scholarly materials, plus the luxury of leisure time that could be used for learning. The Industrial Revolution, urbanization, the development of state-sponsored, publicly-funded institutions, and other social changes made education more accessible to the general population. Later, many families in the emerging middle class found new opportunities for schooling. 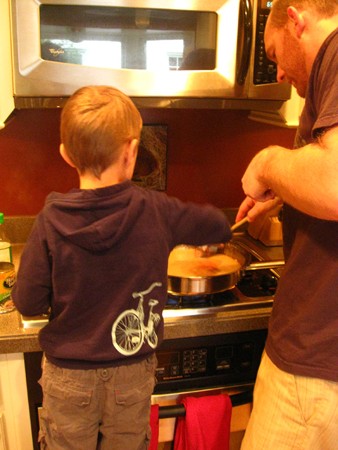 The modern U.S. educational system is the result of this progression. Today, basic education is considered a right and responsibility for all citizens. The United Nations outlines education as a basic human right in its Universal Declaration of Human Rights (Citation F), arguing that education must be free and universally-accessible.[4] Expectations of this system focus on formal education, with curricula and testing designed to ensure that students learn the facts and concepts that society believes are basic knowledge.

In contrast, informal education describes learning about cultural values, norms, and expected behaviors through societal participation. This type of learning occurs in family homes, community spaces, and through the education system. Our earliest learning experiences generally happen via parents, relatives, and others in our community. Through informal education, we learn how to dress for different occasions, how to perform regular life routines like shopping for and preparing food, and how to keep our bodies clean.

Cultural transmission refers to the way people come to learn the values, beliefs, and social norms of their culture. Both informal and formal education include cultural transmission. For example, a student will learn about cultural aspects of modern history in a U.S. History classroom. In that same classroom, the student might learn the cultural norm for asking a classmate out on a date through passing notes and whispered conversations, as well as learning how to respectfully voice opinions and meet deadlines for assignments.

cultural transmission:
the way people come to learn the values, beliefs, and social norms of their culture

education:
a social institution through which a society’s children are taught basic academic knowledge, learning skills, and cultural norms

formal education:
the learning of academic facts and concepts

informal education:
education that involves learning about cultural values, norms, and expected behaviors through participation in a society