Introduction to the Fundamentals of Society

What you’ll learn to do: understand society and its components, and learn about types of societies that have developed over time 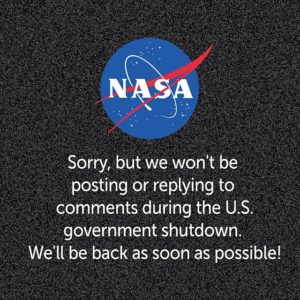 Figure 1.  NASA is one of many government agencies with programs that were affected by the government shutdown. Can you think of others? What are the short and long-term effects of the furlough?

Examining society from a macrosociological point of view can be difficult, but as you will see, major shifts (i.e., political, technological, economic, and/or social) such as the French Revolution for Auguste Comte, or the Industrial Revolution for Karl Marx, Émile Durkheim, and Max Weber were epochal events that prompted early sociologists to examine the affected societies.

September 11, 2001 was such a moment that affected not only the society in which the World Trade Center attacks occurred (the United States), but also impacted societies around the world because of the global interconnectedness of market and communication networks. Many societal frames of reference were called into question by this event, and its incomprehensibility produced widespread feelings of what sociologists call anomie–a condition wherein familiar explanatory norms seem inadequate or unavailable.

The 2018-2019 United States government shutdown provides another illustrative example. Although it was not the first government shutdown, it was the longest. What types of essential services were included in this shutdown? How did it affect federal and state employees and other citizens whose livelihood depends on the smooth operation of government offices? What assumptions about state authority and stability did it weaken or otherwise complicate? The number of government workers impacted was approximately 800,000, and the ripple effect on contractors and other dependents was substantial.

In this section, you will review some key concepts from earlier modules and see how the main theoretical paradigms of sociology help us to understand societies.