Judaism is the ethnic religion of the Jewish people. It is an ancient, monotheistic, Abrahamic religion that encompasses the religion, philosophy, and culture of the Jewish people. It began over 3,000 years ago and is well known through the book of both the Torah and the Old Testament called Exodus, which describes the emancipation of the Hebrews from Egyptian captivity in the thirteenth century B.C.E. Judaism is considered by religious Jews to be the expression of the covenant that God established with the Children of Israel. It encompasses a wide body of texts, practices, theological positions, and forms of organization. The Torah is part of the larger text known as the Tanakh, or the Hebrew Bible, and is supplemented by oral tradition represented in later texts such as the Midrash and the Talmud. The Torah consists of the five books of Moses, which are also contained in the Christian Bible. With between 14.5 and 17.4 million adherents worldwide, Judaism is the tenth largest religion in the world. 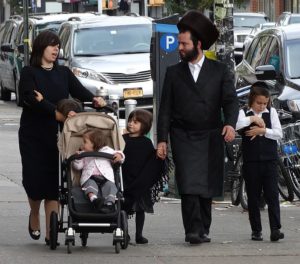 The most important teaching of Judaism is that there is one God, who wants people to do what is just and compassionate. Judaism teaches that a person serves God by learning the holy books and doing what they teach. These teachings include both ritual actions and ethical interpretative frameworks. Jews place an emphasis on moral behavior and action in this world as opposed to personal salvation in the next world. Like Hindus and Buddhists, the Jewish sages believed in non-violence and taught:  “Anyone who takes a single life, it is as though he has destroyed the entire world. And anyone who saves a single life, it is as though he has saved the entire world” [1]. Jews also believe in improving the world around them, as another core value is that of Tikkun olam, which translates to mean “repair” and “of all time [later translated to mean the world]”—meaning they feel an obligation to fix up the world.[2] Another related value is that of tzedakah, which translates to mean “righteousness or justice or fairness,” but which is often mistaken for charity. The Talmud categorizes tzedakah into eight levels with the lowest level of giving as “begrudging” and the highest as “enabling the recipient to become self-reliant” [3] It is a mitzvah, or commandment, and is one of 613 laws.

Today, the largest Jewish religious movements are Orthodox Judaism (Haredi Judaism and Modern Orthodox Judaism), Conservative Judaism, and Reform Judaism. Major sources of difference between these groups include their approaches to Jewish law, the authority of the Rabbinic tradition, and the significance of the State of Israel. There is a wide spectrum of devotion, practice, and even appearance within Judaism, but the most visible are Orthodox Jews because they are recognized by their outward appearance. For example, one ultra-orthodox group that emphasizes conservatism and tradition are Hasidic Jews, who have a large population in parts of Brooklyn, New York. They are recognizable by their dress code—women cover most of their bodies (shirts with sleeves below the elbows, legs covered with pantyhose, hair covered with a wig and often a hat, etc.) and men wear black coats, black hats, payos or long curly sideburns, and full uncut beards (sometimes brown fur hats depending on the sect and time of year and/or holiday), and sometimes white stockings (depending on the type of Orthodox Jewish sect). At the other end of the spectrum is Reformed Judaism, which permits women to be rabbis and does not require strict observance to the laws found in the Torah.

Although Jews make up a very small percentage of the global population (0.2%), most people around the world are familiar with Jewish culture and practices, and some historical facts. Children all over the world are taught about the genocide that occurred during World War II when 6 million Jews were killed in Europe during the Holocaust. In New York City, public schools observe many of the major Jewish holidays including Yom Kippur, Rosh Hashanah, Sukkot, and Passover. Foods associated with traditional Jewish culture like bagels and lox, knish, latkes, and babka are enjoyed widely.

Jews and Muslims both claim a religious tie to the land in Israel and Palestine, not only because both religions had major events take place there and are deeply rooted in the area, but because both claim that they were promised the land by God, through Abraham. Abraham had more than one son, however, and descendants from Isaac were predominantly Jewish and descendants from Ishmael became predominantly Muslim. This contention is important today, as there is frequent geo-political news surrounding the Israeli-Palestinian conflict. Israel as a nation did not come into existence until and after World War II, and the area is continually plagued by conflict. You can learn more about it through this Crash Course video “Conflict in Israel and Palestine.”

Learn more about the basic beliefs and practices of Judaism in this short video.

Link to Learning: Judaism in America

To learn more about the Orthodox Jewish communities in New York City, please click on this link to PBS’s A Life Apart: Hasidism in America. You could also search for a 2017 Netflix documentary titled One of Us, which looked at the lives of three Hasidic Jews who left their religious communities.