Putting It Together: Deviance, Crime, and Social Control 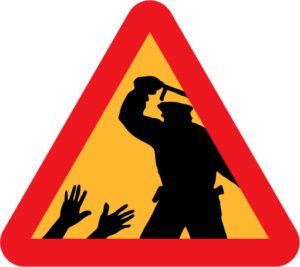 In this module, you learned about deviant behavior, how society decides what is deviant, and how deviance may change over time. You also learned about ways that society works to prevent deviance and implement social control. Specifically, you learned about crime in the United States and about the criminal justice system.

The criminal justice system, specifically the police force, has come under severe criticism in recent years for unnecessary use of force, racial profiling, and brutality (you can read more about police misconduct at the CATO Institute’s National Police Misconduct Reporting Project). For example, tensions between citizens and police officers rose to extreme heights following videos that circulated online of police shootings of two unarmed Black men, Alton Sterling and Philando Castile, in July 2016. A few days later, at a Black Lives Matter protest in Dallas, Micah Xavier Johnson ambushed and fired upon a group of police officers in Dallas, Texas, killing five officers and injuring nine others. Less than two weeks later, on July 17th, three police officers were targeted and assassinated in Baton Rouge, Louisiana.

(a) The protest outside of the governor’s residence in Minnesota the day after Philando Castile, an unarmed Black man, was shot and killed during a traffic stop. (b) The memorial services held for the five officers who were killed in Dallas on the day following the shooting of Philando Castile.

Consider the theoretical perspectives on deviance that you learned about in this module—functionalist, conflict, and interactionist–which one do you think best accounts for the tensions between citizens and the police force?

Next, examine each of the “Big 3” theories of deviance again. There are theories-within-the-theories that examine particular aspects of the larger paradigm. Which theorist or sub-theory do you think best explains this social phenomenon?

Finally, how does the sociological imagination inform your analysis? When have we seen this pattern before and what was the historical context? What social movements led to policy changes and what policy changes would you recommend now?