Putting It Together: Social Movements and Social Change 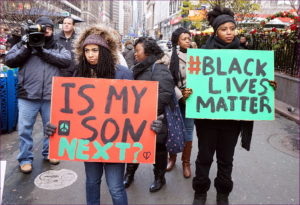 As you learned in this module, people come together for a variety of reasons. Sometimes a crowd is just an aggregate of people who happen to be doing the same thing, like waiting for a bus or shopping at the mall. Although these people may be in the same place at the same time, they are not pursuing any collective agenda. Some people are brought together for certain events like concerts, weddings or funerals. Some crowds come together to further an agenda and may attempt to create or resist social change.

As you saw in the examples in this module, the type of collective action can vary but they often come about because the people involved do not feel that they will be listened to without taking some action for their cause. They may believe that appropriate change cannot come through any other venue than their collective action.

Several hundred years ago, social movements were short lived and often violent. If the townspeople gathered their torches and pitchforks to go and kill the Frankenstein monster, once that task had been completed, the social movement was over. Present-day social movements are less violent and can become national or even international movements, simply through the creation of a website. Many of the movements discussed in this text, such Occupy Wall Street, the Arab Spring, LGBTQ+ movements, or Black Lives Matter, serve as prime examples of the way that technology plays a key role in uniting people in a common goal and increasing participation in social movements.