If socialization is the lifelong process of learning the values and norms of a given society, then resocialization refers to undergoing this process again by drastically changing one’s values and beliefs. Typically, this occurs in a new environment where the old rules no longer apply. According to Erving Goffman (1961) total institutions such as private boarding schools, the military, jails or prisons, and mental institutions provide such environments because they are effectively cut off from the larger society and are highly regulated. This regulation includes strict norms (i.e., uniform, hairstyle, daily schedule, communication, etc.) and comprehensive rules. Typically, a single authority figure such as a prison warden, drill sergeant, high ranking military officer, or headmaster is in charge and oversees staff to enforce the regulations. 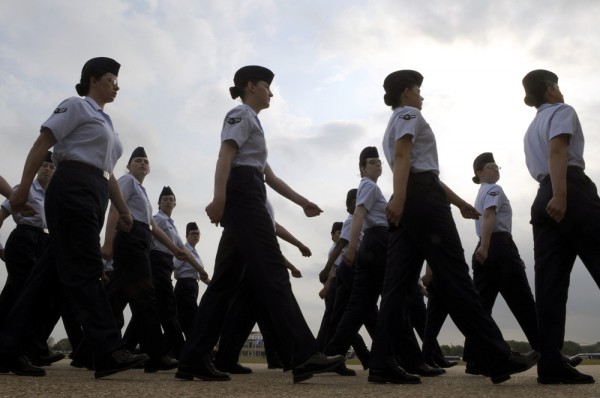 Figure 1. In basic training, members of the Air Force are taught to walk, move, and look like each other. (Photo courtesy of Staff Sergeant Desiree N. Palacios, U.S. Air Force/Wikimedia Commons

Sociologist Harold Garfinkel (1956) coined the term degradation ceremony (also known as “status degradation ceremony”) and described a process through which people who have usually wronged society in some way are marked and punished to reaffirm the existing norms. They are often stripped of their former identity and given a new, lower-status identity.

On some occasions, degradation ceremonies are used to initiate people into total institutions like schools, mental hospitals, prisons, or military units. The purpose of a ceremony in this context is to deprive people of their former identities and dignity in order make them more accepting of external control. The “perp walk,” wherein a person suspected of committing criminal acts is publicly arrested and led into a police car or station, is a common example of this kind of degradation ceremony. Invasive searches in jails and prisons, being assigned a number, having one’s hair cut and jewelry taken, and being issued a prison uniform are all examples of initiation rituals. Through a variety of such processional steps, one’s identity is diminished and replaced with that of a jail or prison inmate, for example. With the exception of tattoos, any representations of material culture such as piercings or jewelry, is removed. The resocialization process continues as one learns the systems of value and social norms necessary for survival in this type of total institution. A norm that would have been previously unacceptable, such as using an open toilet in a shared room, is now a daily occurrence. Here the common value of personal privacy has to be discarded to some extent as a result of external constraints.

When entering the army, soldiers have their hair cut short, their old clothes are removed, and they are issued matching uniforms. These individuals must give up any markers of their former identity as a “civilian” in order to be resocialized into a new identity as a “soldier.” In the military, soldiers go through basic training together, where they learn new rules and bond with one another. They follow structured schedules set by their leaders. Soldiers must keep their areas clean for inspection, learn to march in correct formations, and salute when in the presence of superiors. Values that might have been part of civilian life such as individuality and privacy are typically discarded in boot camp, an intensive period of time in which soldiers are trained physically and mentally. Marine Corps Boot Camp is intended to “break” incoming civilians and rebuild them as Marines.

These examples of resocialization are within total institutions, but the process is sometimes more gentle outside of these extreme environments. To enter a senior care home, an elderly person often must leave a family home and give up many belongings which were part of his or her long-standing identity. Though caretakers guide the elderly compassionately, the process can still produce feelings of loss and disorientation.

Returning to a more normal life after having lived in a total institution requires yet another process of resocialization. In the U.S. military, soldiers learn discipline and a capacity for hard work. They set aside personal goals to achieve a mission, and they take pride in the accomplishments of their units. Many soldiers who leave the military transition these skills into excellent careers. Others find themselves lost upon leaving, uncertain about the outside world and what to do next. The process of resocialization to civilian life is not a simple one.

Similarly, for people who have spent time in jail or prison, resocialization to the outside world is extremely difficult. One classic example from The Shawshank Redemption (1994) occurs when “Red” (Morgan Freeman), is released as an elderly Black man who had spent his life in prison. He obtains a job working as a bagger at the grocery store and asks the white manager, “Restroom break, Boss?” to which his manager waves him over and says, “You don’t need to ask me every time you need to take a piss.”[1] This quick exchange signals Red’s difficulty in acclimating to the freedom to use the restroom as needed, and also demonstrates the sweeping societal changes in racial dynamics he missed while in prison. The scene also displays his manager’s discomfort with the racial and age-based dynamics in play.

Other types of organizations may utilize or extend the concept of resocialization with regard to changing people’s behaviors. Corporate trainers (and training researchers) sometimes emphasize the need for trainees to shed their old behaviors and adopt entirely new ones. When the people return to their jobs after training, they may be called to leave their old behaviors behind. Similarly, if an entire team goes for training, they may be called to leave their culture behind (Weinbauer-Heidel 2019). Not all such training would apply the resocialization metaphor, but behavioral or personal-professional areas such as stress management or priority/project management might borrow from resocialization principles in order to make the training effective.

Homelessness is an endemic problem among veterans. Many soldiers leave the military, perhaps after one or several combat deployments, and experience difficulty resocializing into civilian life. Learn more about the issues around resocializing veterans.

degradation ceremony:
the process by which new members of a total institution lose aspects of their old identities and are given new ones

total institutions:
a closed social system that is highly regulated with strict norms, rules and schedules and generally a single authority figure who oversees staff to carry out rule enforcement