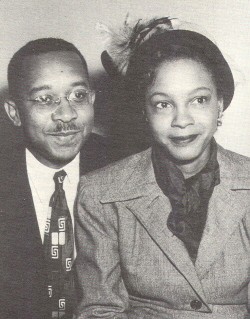 Figure 1. The research of sociologists Kenneth and Mamie Clark helped the Supreme Court decide to end “separate but equal” racial segregation in schools in the United States. (Photo courtesy of public domain)

When Elizabeth Eckford tried to enter Central High School in Little Rock, Arkansas, in September 1957, she was met by an angry crowd. But she knew she had the law on her side. Three years earlier in the landmark Brown vs. the Board of Education case, the U.S. Supreme Court had overturned twenty-one state laws that allowed Blacks and whites to be taught in separate school systems as long as the school systems were “equal.” One of the major factors influencing that decision was research conducted by the husband-and-wife team of sociologists, Kenneth and Mamie Clark. Their research showed that segregation was harmful to young Black schoolchildren, and the Court found that harm to be unconstitutional.

Since it was first founded, many people interested in sociology have been driven by the scholarly desire to contribute knowledge to this field, while others have seen it as way not only to study society but to improve it. Besides desegregation, sociology has played a crucial role in many important social reforms, such as equal opportunity for women in the workplace, improved treatment for individuals with mental handicaps or learning disabilities, increased accessibility and accommodation for people with physical handicaps, the right of native populations to preserve their land and culture, and prison system reforms.

The prominent sociologist Peter L. Berger (1929– ), in his book Invitation to Sociology: A Humanistic Perspective (1963), describes a sociologist as “someone concerned with understanding society in a disciplined way.” He asserts that sociologists have a natural interest in the monumental moments of people’s lives, as well as a fascination with banal, everyday occurrences. Berger also describes the “aha” moment when a sociological theory becomes applicable and understood:

Sociology can be exciting because it teaches people ways to recognize how they fit into the world and how others perceive them. Looking at themselves and society from a sociological perspective helps people see where they connect to different groups based on the many different ways they classify themselves and how society classifies them in turn. It raises awareness of how those classifications—such as economic and social status, education, ethnicity, or sexual orientation—affect perceptions.

Watch this video to review the basics of sociology and to see examples of how sociology plays an important role in your daily life.

You’ve probably heard a cautionary story that goes something like this: A high school student spent years working hard, engaging in their community, helping others, and generally growing into a positive and promising young adult. During senior year, they start the college application process, and after a couple of interviews and other interactions, things are looking bright at several of their top choices. But when the time arrives for those fateful notifications about acceptance or rejection, the student and their family are shocked to get rejected from all schools but one. Inquiries from family members and guidance counselors had no results. The only news came in the form of a letter three weeks later from the one school that had accepted the student.

“…After an initial investigation, the University has determined that several posts attributed to you violate our policies, and are offensive and troubling…”

The letter’s remaining two pages detailed the ongoing investigation and outlined the potential outcomes. But that one statement said it all: The student had posted something offensive on social media, and their prospective colleges had found it.

Two years earlier, at the beginning of sophomore year, the student had posted two comments and a meme that mocked a classmate who had been assaulted at a party. Even thought the student had removed them within a few days, the posts lived on in other forums and on a few friends’ pages; there was also the possibility that someone had screen-grabbed them. While social media posts are protected forms of speech in relation to the government, colleges can review them as they evaluate applicants. Employers can do the same, as can romantic partners or even volunteer organizations.

You may believe that a 15-year-old’s social media comments should not impact them years later. Or you may feel that someone who jokes about assault may be a risk to commit a similar act or fail to stop or report one. Sociologists may consider all of those assumptions, and may seek answers or information through research to uncover the impacts, risks, tendencies, and outcomes on the different groups involved. For example, a sociologist might work to discover answers to the following questions:

None of these questions could be answered by a single study or even a group of them. But like the Supreme Court’s use of Mamie and Kenneth Clarke’s research, college administrators, high school counselors, and technology companies can use the outcomes of research and analysis to make decisions or implement programs.