In the area of sexuality, sociologists focus their attention on sexual attitudes and practices, not on physiology or anatomy. Sexuality is viewed as a person’s capacity for sexual feelings. Studying sexual attitudes and practices is a particularly interesting field of sociology because sexual behavior is a cultural universal. Throughout time and place, the vast majority of human beings have participated in sexual relationships (Broude 2003). Each society, however, interprets sexuality and sexual activity in different ways. Many societies around the world have different attitudes about premarital sex, the age of sexual consent, homosexuality, masturbation, and other sexual behaviors (Widmer, Treas, and Newcomb 1998). At the same time, sociologists have learned that certain norms are shared among most societies. The incest taboo is present in every society, though which relative is deemed unacceptable for sex varies widely from culture to culture. For example, sometimes the relatives of the father are considered acceptable sexual partners for a woman while the relatives of the mother are not. Likewise, societies generally have norms that reinforce their accepted social system of sexuality.

What is considered “normal” in terms of sexual behavior is based on the mores and values of the society. Societies that value monogamy, for example, would likely oppose extramarital sex. Individuals are socialized to sexual attitudes by their family, education system, peers, media, and religion. Historically, religion has been the greatest influence on sexual behavior in most societies, but in more recent years, peers and the media have emerged as two of the strongest influences, particularly among U.S. teens (Potard, Courtois, and Rusch 2008). Let us take a closer look at sexual attitudes around the world and in the United States.

Sexuality around the World

Historically, premarital sex was considered a moral issue which was taboo in many cultures and sinful according to a number of religions, but since about the 1960s, it has become more widely accepted, especially in Western countries. A 2014 Pew study on global morality found that premarital sex was considered particularly unacceptable in “predominantly Muslim nations,” such as Malaysia, Indonesia, Jordan, Pakistan and Egypt, each having over 90% disapproval, while people in Western European countries were the most accepting, with Spain, Germany and France expressing less than 10% disapproval.

As you can see from the figure below, 97% of those in Indonesia found premarital sex unacceptable. Approximately 87% of the population is Muslim.[1] Similarly 95-98% of Pakistanis and 90% of Egyptians are Muslim. Islam has strict prohibitions against sex outside of marriage. Christianity and Roman Catholicism also have strict rules about sex outside of marriage. Approximately 50% of Nigerians are Muslim, 40% are Christian, and 10% adhere to local religions. In the Philippines, 92% of the population identifies as Christian.

The amount of religiosity in a country is not a magical key to understanding sexual norms around the globe, though. Clearly a country’s distinctive history and the people who make up the population today are essential to understanding its norms and values. In other words, we need to utilize our sociological imaginations to understand attitudes about sexuality and sexual behavior. Figure 1. The percentage of people saying the premarital sex is morally unacceptable in various countries. The countries at the top of the list, with the exception of China, are overwhelmingly religious. Image from Joseph Chamie, “Premarital Sex: Increasing Worldwide.” www.ipsnews.net/2018/04/premarital-sex-increasing-worldwide 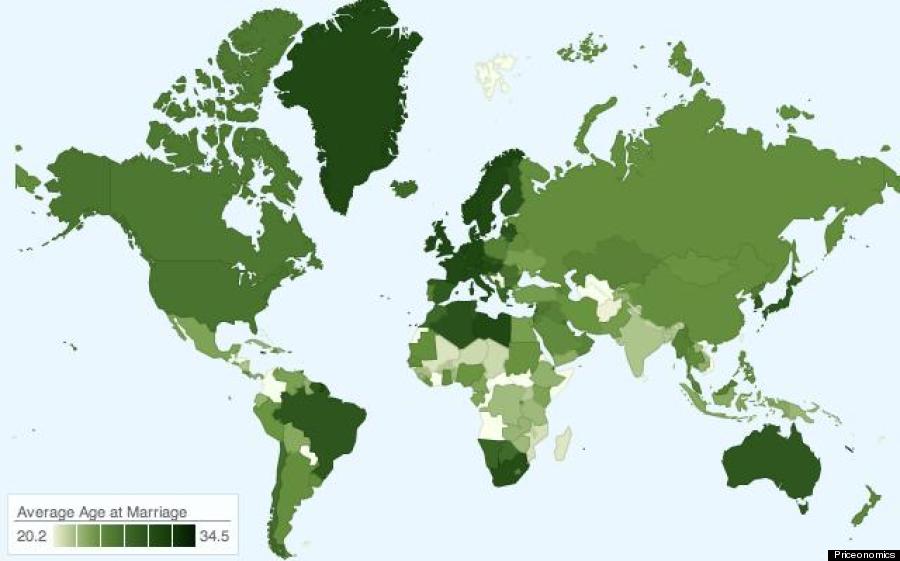 Figure 2. “At What Age Do People Get Married Around the World?” by Alex Mayyasi, Priceonomics. https://priceonomics.com/at-what-age-do-people-get-married-around-the-world/

Of industrialized nations, Sweden is thought to be the most liberal when it comes to attitudes about sex, including sexual practices and sexual openness. The country has very few regulations on sexual images in the media, and sex education, which starts around age six, is a compulsory part of Swedish school curricula. Sweden’s permissive approach to sex has helped the country avoid some of the major social problems associated with sex. For example, rates of teen pregnancy and sexually transmitted disease are among the world’s lowest (Grose 2007). It would appear that Sweden is a model for the benefits of sexual freedom and frankness. However, implementing Swedish ideals and policies regarding sexuality in other, more politically conservative nations, would likely be met with resistance.

Learn more about gender and sexuality at the Kinsey Institute.

Sexuality in the United States 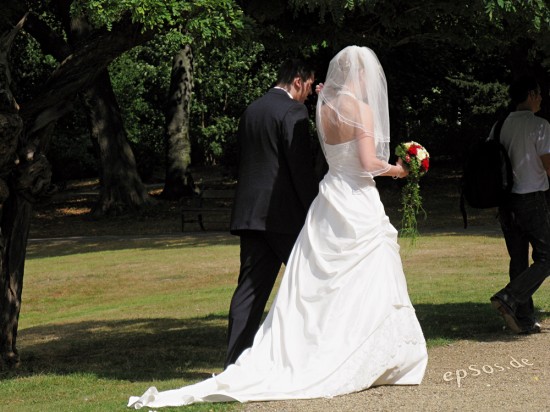 Figure 3. Sexual practices can differ greatly among groups. Recent trends include the finding that married couples have sex more frequently than do singles and that 27 percent of married couples in their 30s have sex at least twice a week (NSSHB 2010). (Photo courtesy of epSos.de/flickr)

The United States prides itself on being the “land of the free,” but it is rather restrictive when it comes to its citizens’ general attitudes about sex compared to other industrialized nations. In an international survey, 29 percent of U.S. respondents stated that premarital sex is always wrong, while the average among the 24 countries surveyed was 17 percent. Similar discrepancies were found in questions about the condemnation of sex before the age of 16, extramarital sex, and homosexuality, with total disapproval of these acts being 12, 13, and 11 percent higher, respectively, in the United States, than the study’s average (Widmer, Treas, and Newcomb 1998).

U.S. culture is particularly restrictive in its attitudes about sex when it comes to women and sexuality. It is widely believed that men are more sexual than women. In fact, there is a popular notion that men think about sex every seven seconds. One study tracked the number of times that college men and women thought about food, sleep, and sex, and although the numbers varied widely, they found that men thought about sex an average of 19 times per day, compared to 10 times per day for women (Fisher, Moore, and Pittenger 2011). What the study did not measure was the duration of sexual thoughts for men or for women (or for sleep or food). Also, the frequencies were self-reporting, so female participants might have been less likely to report sexual thoughts due to societal norms surrounding females and sexuality.

Belief that men have—or have the right to—more sexual urges than women creates a double standard. Ira Reiss, a pioneer researcher in the field of sexual studies, defined the double standard as prohibiting premarital sexual intercourse for women but allowing it for men (Reiss 1960). This standard has evolved into allowing women to engage in premarital sex only within committed love relationships, but allowing men to engage in unconditional sexual relationships with as many partners as they wish (Milhausen and Herold 1999). Due to this double standard, a woman is likely to have fewer sexual partners in her lifetime than a man. According to a Centers for Disease Control and Prevention (CDC) survey, the average thirty-five-year-old woman has had three opposite-sex sexual partners while the average thirty-five-year-old man has had twice as many (Centers for Disease Control 2011).

The future of a society’s sexual attitudes may be somewhat predicted by the values and beliefs that a country’s youth expresses about sex and sexuality. Data from the most recent National Survey of Family Growth reveals that 70 percent of boys and 78 percent of girls ages fifteen to nineteen said they “agree” or “strongly agree” that “it’s okay for an unmarried female to have a child” (National Survey of Family Growth 2013). In a separate survey, 65 percent of teens stated that they “strongly agreed” or “somewhat agreed” that although waiting until marriage for sex is a nice idea, it’s not realistic (NBC News 2005). This does not mean that today’s youth have given up traditional sexual values such as monogamy. Nearly all college men (98.9 percent) and women (99.2 percent) who participated in a 2002 study on sexual attitudes stated they wished to settle down with one mutually exclusive sexual partner at some point in their lives, ideally within the next five years (Pedersen et al. 2002).

Much of the debate is over the issue of abstinence. In a 2005 survey, 15 percent of U.S. respondents believed that schools should teach abstinence exclusively and should not provide contraceptives or information on how to obtain them. Forty-six percent believed schools should institute an abstinence-plus approach, which teaches children that abstinence is best but still gives information about protected sex. Thirty-six percent believed teaching about abstinence is not important and that sex education should focus on sexual safety and responsibility (NPR 2010).

Research suggests that while government officials may still be debating about the content of sexual education in public schools, the majority of U.S. adults are not. Those who advocated abstinence-only programs may be the proverbial squeaky wheel when it comes to this controversy, since they represent only 15 percent of parents. Fifty-five percent of respondents feel giving teens information about sex and how to obtain and use protection will not encourage them to have sexual relations earlier than they would under an abstinence program. About 77 percent think such a curriculum would make teens more likely to practice safe sex now and in the future (NPR 2004).

Sweden, whose comprehensive sex education program in its public schools educates participants about safe sex, can serve as a model for this approach. The teenage birthrate in Sweden is 7 per 1,000 births, compared with 49 per 1,000 births in the United States. Among fifteen to nineteen year olds, reported cases of gonorrhea in Sweden are nearly 600 times lower than in the United States (Grose 2007).

Sex Ed in the United States

A sociologist using the sociological perspective would want to look at the correlation between sex ed curricula and outcomes such as teen pregnancies and STDs. Arkansas has the highest rates of teen pregnancy with 38 births per 1,000 women ages 15-19. What does Arkansas’ sex ed legislation look like? Mississippi, Oklahoma, and Texas are next in line with just under 35 births per 1,000 women ages 15-19. What does sex ed look like in those states? Is there a correlation? What other factors could influence teen pregnancy in these states?

What is the sex ed legislation in your state? Teen pregnancy rates? Instances of STDs? Consider these trends and read this blog post to learn more about the pitfalls of sex education in the United States.

The District of Columbia tops the states with the highest STD rates with just over 55 per 1,000 teens ages 15-24 with Louisiana in 2nd place with just over 40/1,000. Sex Ed is mandated in D.C., and schools provide information on contraceptives there, while in Louisiana, there is no comprehensive sex ed, and there remains an emphasis on abstinence.[6]

Watch this video to learn more about sex education in America.

double standard:
the concept that prohibits premarital sexual intercourse for women but allows it for men