This video explains labeling theory and gives an example of a cancer patient who is interested in using medical marijuana. Depending on where she lives, her behavior may be labeled as deviant. And depending on her experience, she may begin to think of herself differently after repeated deviance, resulting in secondary deviance or a change in her master status.

How do people deal with the labels they are given? This was the subject of a study done by Sykes and Matza (1957). They studied teenage boys who had been labeled as juvenile delinquents to see how they either embraced or denied these labels. Have you ever used any of these techniques?

Let’s take a scenario and apply all five techniques to explain how they are used. A young person is working for a retail store as a cashier. Their cash drawer has been coming up short for a few days. When the boss confronts the employee, they are labeled as a thief for the suspicion of stealing. How does the employee deal with this label?

The Denial of Injury: Sometimes people will look at a situation in terms of what effect it has on others. If the employee uses this technique they may say, “What’s the big deal? Nobody got hurt. Your insurance will take care of it.” The person doesn’t see their actions as a big deal because nobody “got hurt.”

The Denial of the Victim: If there is no victim there’s no crime. In this technique the person sees their actions as justified or that the victim deserved it. Our employee may look at their situation and say, “I’ve worked here for years without a raise. I was owed that money and if you won’t give it to me I’ll get it my own way.”

The Condemnation of the Condemners: The employee might “turn it around on” the boss by blaming them. They may say something like, “You don’t know my life, you have no reason to judge me.” This is taking the focus off of their actions and putting the onus on the accuser to, essentially, prove the person is living up to the label, which also shifts the narrative away from the deviant behavior.

Appeal to a Higher Authority: The final technique that may be used is to claim that the actions were for a higher purpose. The employee may tell the boss that they stole the money because their mom is sick and needs medicine or something like that. They are justifying their actions by making it seem as though the purpose for the behavior is a greater “good” than the action is “bad.” (Sykes & Matza, 1957)

One core premise of culture and socialization is that individuals learn the values and norms of a given culture and that this learning process is lifelong. This is particularly helpful when we think about deviance because differential association theorists apply this core premise to deviance. How many of you have committed a deviant act with someone else? A sibling? A friend? Consider something like underage drinking, which often occurs with peers and/or with older siblings. By the time many students arrive on college campuses (still underage), underage drinking has become normalized so that is seems “everyone” is doing it.

In criminology, differential association is a theory developed by Edwin Sutherland (1883–1950) proposing that through interaction with others, individuals learn the values, attitudes, techniques, and motives for criminal behavior. Differential association theory is the most talked-about of the learning theories of deviance. This theory focuses on how individuals learn to become criminals, but it does not concern itself with why they become criminals.

Differential association predicts that an individual will choose the criminal path when the balance of definitions for law-breaking exceeds those for law-abiding. This tendency will be reinforced if social association provides active people in the person’s life. The earlier in life an individual comes under the influence high status people within a group, the more likely the individual is to follow in their footsteps. This does not deny that there may be practical motives for crime. If a person is hungry but has no money, there is a temptation to steal. But the use of “needs” and “values” is equivocal. To some extent, both non-criminal and criminal individuals are motivated by the need for money and social gain.

The principles of Sutherland’s theory of differential association can be summarized into nine key points.

An important quality of differential association theory is the frequency and intensity of interaction. The amount of time that a person is exposed to a particular definition and at what point the interaction began are both crucial for explaining criminal activity. The process of learning criminal behavior is really not any different from the process involved in learning any other type of behavior. Sutherland maintains that there is no unique learning process associated with acquiring non-normative ways of behaving.

One very unique aspect of this theory is that it works to explain more than just juvenile delinquency and crime committed by lower class individuals. Since crime is understood to be learned behavior, the theory is also applicable to white-collar, corporate, and organized crime.

One critique leveled against differential association stems from the idea that people can be independent, rational actors and individually motivated. This notion of one being a criminal based on his or her environment is problematic—the theory does not take into account personality traits that might affect a person’s susceptibility to these environmental influences. 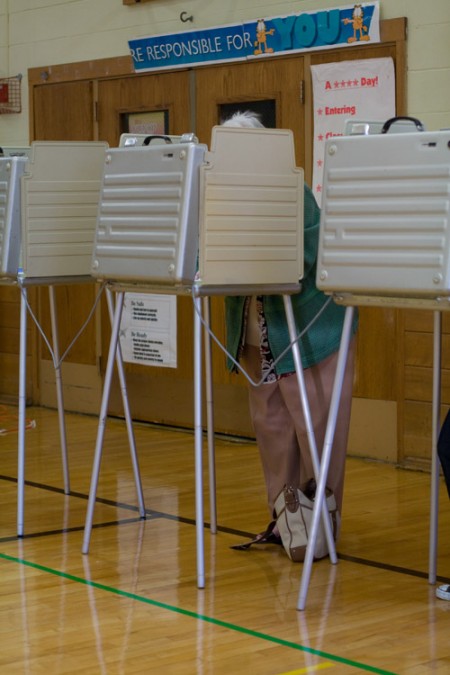 Figure 2. Should a former felony conviction permanently strip a U.S. citizen of the right to vote? (Photo courtesy of Joshin Yamada/flickr. 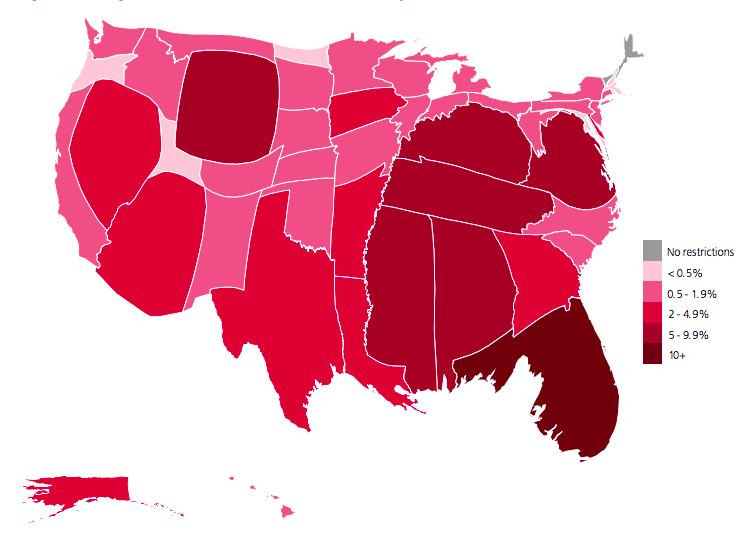 Figure 3. Cartogram of Total Disenfranchisement Rates by State, 2016. This Cartogram adjusts the size of the state to represent the number of persons disenfranchised in each state. You can see the the southeastern states have disproportionately high numbers of disenfranchised voters. Image from  “6 million lost voters”, https://www.sentencingproject.org/publications/6-million-lost-voters-state-level-estimates-felony-disenfranchisement-2016/.

To Strickland, who said she had always voted, the news came as a great shock. She isn’t alone. As of 2016, an estimated 6.1 million people are disenfranchised due to a felony conviction which equates to approximately 2.5 percent of the total U.S. voting age population or 1 in every 40 adults [1] These individuals include inmates, parolees, probationers, and even people who have never been jailed, such as Leola Strickland. 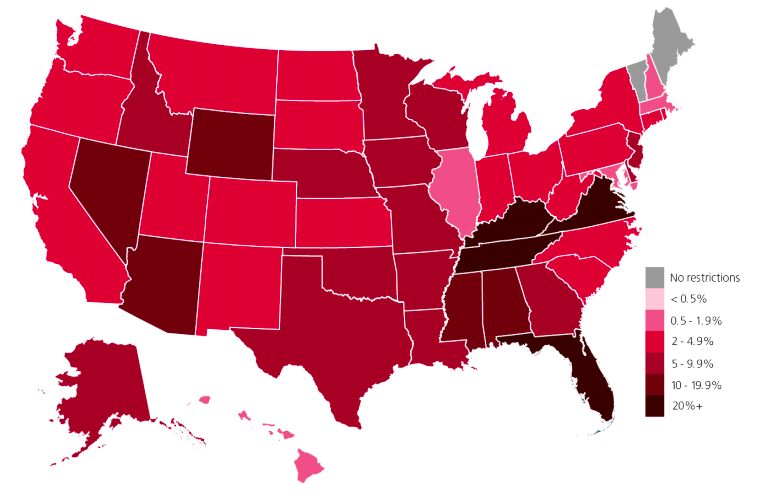 With two 21st century elections (2000 and 2016) in which the candidate with the most votes did not win (Al Gore in 2000 and Hillary Clinton in 2016), one of which led to an official recount (2000 Election), there has been increased pressure for states with prohibitive voting measures to examine them. Particularly in the State of Florida, a swing state, in which nearly 1.5 million individuals are currently disenfranchised post-sentence (Uggen, Larson & Shannon 2016). On January 23, 2018 Floridians for a Fair Democracy garnered 766,200 signatures to get an amendment on the 2018 ballot that would give the ability to vote back to Floridians with felony convictions that have completed their sentences. To see what happened track the results at the Brennan Center for Justice, which includes state by state updates on disenfranchisement.

Watch the selected clip from this video to review the main theories held by symbolic interactionists to explain deviance.

labeling theory:
the idea that the ascribing of a deviant behavior to another person by members of society affects how a person self-identifies and behaves; related to self-fulfilling prophecy