Symbolic Interactionism and the McDonaldization of Society

While Karl Marx may be one of the best-known political thinkers of the nineteenth century, Max Weber is certainly one of the greatest influences in the field of sociology. Like the other social thinkers discussed here, he was concerned with the important changes taking place in Western society with the advent of industrialization. And, like Marx and Durkheim, he feared that industrialization would have negative effects on individuals.

Weber’s primary focus on the structure of society lay in the elements of class, status, and power. Similar to Marx, Weber saw class as economically determined. Society, he believed, was split between owners and laborers. Status, on the other hand, was based on noneconomic factors such as education, kinship, and religion. Both status and economic class determined an individual’s power, or influence over ideas. Unlike Marx, Weber believed that these ideas, and not just the particular form of the means of production, formed the “base” of society. 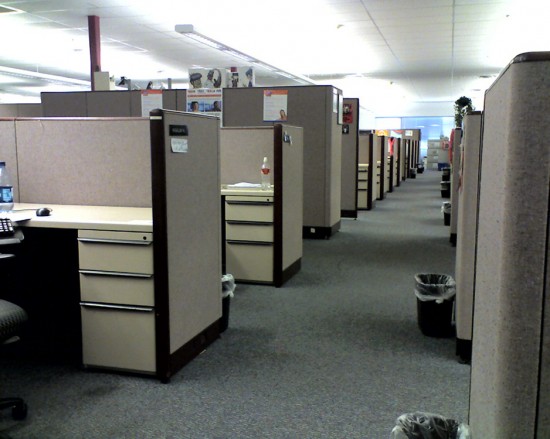 Figure 1. Cubicles are used to maximize individual workspace in an office. Such structures may be rational, but they are also isolating. (Photo courtesy of Tim Patterson/flickr)

Weber’s analysis of modern society centered on the concept of rationalization. A rational society is one built around logic and efficiency rather than morality or tradition. To Weber, capitalism is entirely rational. Although this leads to efficiency and merit-based success, it can have adverse effects when taken to the extreme. In some modern societies, this is seen when rigid routines and strict design requirements lead to a mechanized work environment and a focus on producing identical products in every location.

Weber was also unlike his predecessors in that he was more interested in how individuals experienced societal divisions than in the divisions themselves. The symbolic interactionism theory, the third of the three most influential theories of sociology, is based on Weber’s early ideas that emphasize the viewpoint of the individual and how that individual relates to society. For Weber, the culmination of industrialization and rationalization results in what he called the iron cage, in which the individual is trapped by institutions and bureaucracy. This leads to a sense of “disenchantment of the world,” a phrase Weber used to describe the final condition of humanity. Indeed a dark prediction, but one that has, at least to some degree, been borne out (Gerth and Mills 1918).

Watch It: The Protestant Work Ethic

In a series of essays in 1904, Max Weber presented the idea of the Protestant work ethic, a new attitude toward work based on the Calvinist principle of predestination. In the early sixteenth century, Europe was shaken by the Protestant Revolution. Religious leaders such as Martin Luther and John Calvin argued against the Catholic Church’s belief in salvation through obedience. While Catholic leaders emphasized the importance of church-sanctioned religious dogma and performing good deeds as a gateway to Heaven, Protestants believed that a more individual inner grace, or faith in God, was enough to achieve salvation.

John Calvin in particular popularized the Christian concept of predestination, the idea that all events—including salvation—have already been decided by God. Because followers were never sure whether they had been chosen to enter Heaven or Hell, they looked for signs in their everyday lives. If a person was hard-working and successful, this prosperity might be a sign that he was one of the chosen. If a person was lazy or simply indifferent, and did not know material success, he was likely to be one of the damned.

Weber argued that this mentality encouraged people to work hard for personal gain; after all, why should one help the unfortunate if they were already damned? Over time, the Protestant work ethic spread and became an important foundation for capitalism.

Watch the video on Max Weber to hear more about Weber’s seminal work The Protestant Work Ethic and the Spirit of Capitalism (1904).

In a rationalized, modern society, we have supermarkets instead of family-owned stores. We have chain restaurants instead of local eateries. Superstores that offer a multitude of merchandise have replaced independent businesses that focused on one product line, such as hardware, groceries, automotive repair, or clothing. Shopping malls offer retail stores, restaurants, fitness centers, even condominiums. This change may be rational, but is it universally desirable? George Ritzer utilized many of Weber’s concepts and developed a conceptual framework within which we can examine a variety of changes within society.

The McDonaldization of Society (Ritzer 1993) refers to the increasing presence of the fast food business model in common social institutions. This business model includes efficiency (the division of labor), predictability, calculability, and control (monitoring). For example, in your average chain grocery store, people at the register check out customers, stockers keep the shelves full of goods, and deli workers slice meats and cheese to order (efficiency). Whenever you enter a store within that grocery chain, you receive the same type of goods, see the same store organization, and find the same brands at the same prices (predictability). You will find that goods are sold by the pound, so that you can weigh your fruit and vegetable purchase rather than simply guessing at the price, while the employees use a timecard to calculate their hours and receive overtime pay (calculability). Finally, you will notice that all store employees are wearing a uniform (and usually a name tag) so that they can be easily identified. There are security cameras to monitor the store, and some parts of the store, such as the stockroom, are generally considered off-limits to customers (control).

While McDonaldization has resulted in improved profits and an increased availability of various goods and services to more people worldwide, it has also reduced the variety of goods available in the marketplace while rendering available products uniform, generic, and bland. Think of the difference between a mass-produced shoe and one made by a local cobbler, between a chicken from a family-owned farm and a corporate grower, or between a cup of coffee from the local diner and one from Starbucks.

Watch this video for an explanation of McDonaldization.

iron cage:
a situation in which an individual is trapped by social institutions and bureaucracy

rationalization:
a belief that modern society should be built around logic and efficiency rather than morality or tradition