The Graying of the United States and the World 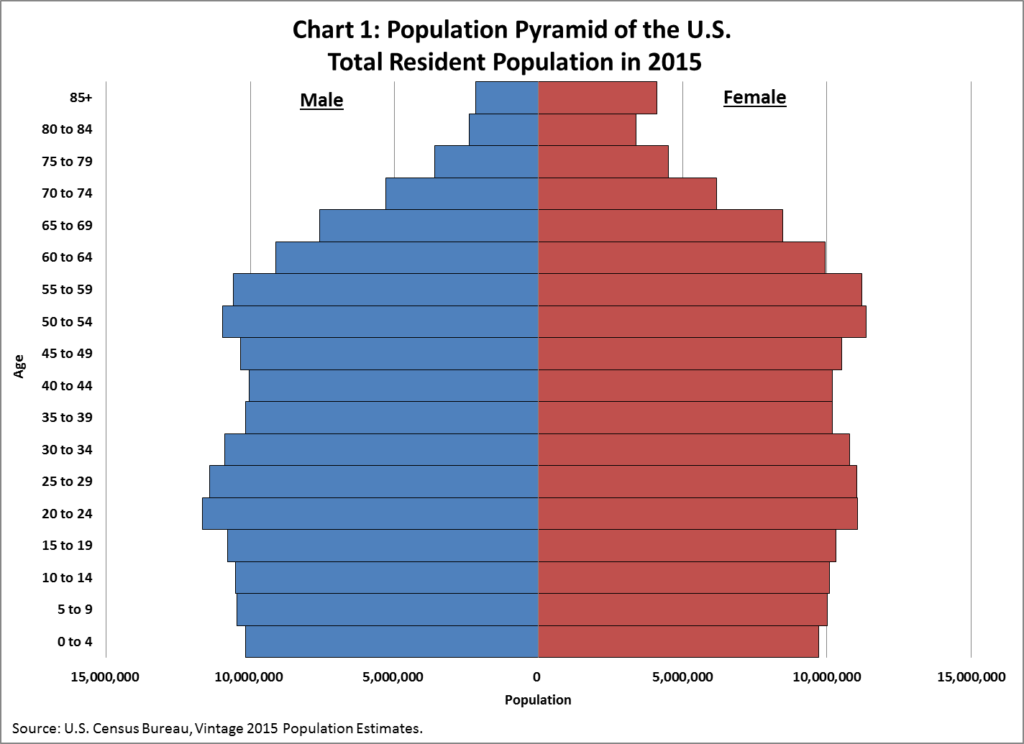 Figure 1. The population pyramid in the United States is beginning to look more like a column than a pyramid. 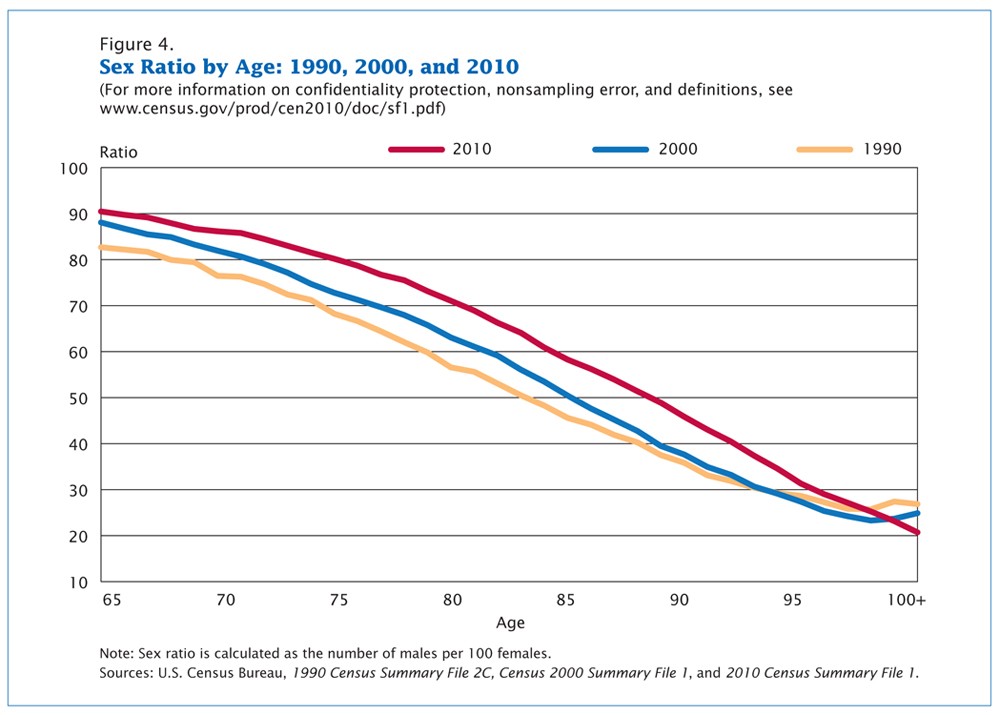 Of particular interest to gerontologists today is the population of baby boomers, the unprecedentedly large cohort born between 1946 and 1964 and now reaching their 70s. Coming of age in the 1960s and early 1970s, the baby boom generation was the first group of children and teenagers with their own spending power and therefore their own marketing power (Macunovich 2000). As this group has aged, it has redefined, particularly through the mass media forms that emerged during their adulthood, what it means to be young, middle-aged, and now old. People in the boomer generation do not want to grow old the way their grandparents did. The result is a wide range of products designed to ward off the effects—or the signs—of aging, known as senescence. Previous generations of people over sixty-five were “old.” Baby boomers are in “later life” or “the third age” (Gilleard and Higgs 2007). 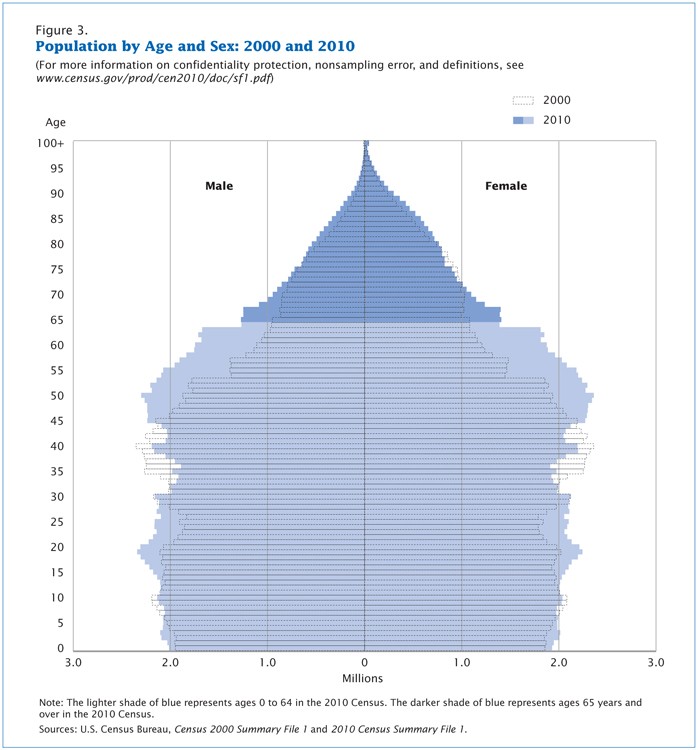 Figure 3. In this U.S. Census pyramid chart, the baby boom bulge was aged thirty-five to fifty-five in 2000. In 2010, they were aged forty-five to sixty-five. (Graph courtesy of the U.S. Census Bureau).

This aging of the baby boom cohort has serious implications for our society. Healthcare is one of the areas most impacted by this trend. According to the U.S. Department of Health and Human Services, healthcare spending is projected to grow by 5.5 percent each year from now until 2027. The portion of government spending on Medicare (a program in which the government covers some costs of healthcare for the elderly) is expected to increase from 3 percent of gross domestic product (GDP) in 2009 to 8 percent of GDP in 2030, and to 15 percent in 2080 (CMS 2018).

Certainly, as boomers age, they will put increasing burdens on the entire U.S. healthcare system. The American Geriatrics Society notes that from 2013-2025, there will be a 45 percent increase in demand for physicians who specialize in geriatrics. As a result, over 33,000 specialists will be needed to fill the healthcare needs in 2025. And in 2020, there were only 6,320 such specialists in the United States (AGS 2021). However, other studies indicate that aging boomers will bring economic growth to the healthcare industries, particularly in areas like pharmaceutical manufacturing and home healthcare services (Bierman 2011). Further, some argue that many of our medical advances of the past few decades are a result of boomers’ health requirements.

Unlike the elderly of previous generations, boomers do not expect that turning sixty-five means their active lives are over. They are not willing to abandon work or leisure activities, but they may need more medical support to keep living vigorous lives. This desire of a large group of over-sixty-five-year-olds wanting to continue with a high activity level is driving innovation in the medical industry (Shaw).

The economic impact of aging boomers is also an area of concern for many observers. Although the baby boom generation earned more than previous generations and enjoyed a higher standard of living, they also spent their money lavishly and did not adequately prepare for retirement. According to most retirement and investment experts, in order to maintain their accustomed lifestyle, people need to save ten times their annual income before retiring. (Note: That’s income, not salary.) So if a person has an income of $60,000 per year, they should have saved $600,000. If they made $100,000 per year, they should have saved $1 million. But most Baby Boomers have only saved an estimated $144,000, and only 40 percent have saved more than $250,000 (Gravier 2021). The causes of these shortfalls are varied, and include everything from lavish spending to economic recession to companies folding and reducing pension payments. Higher education costs increased significantly while many Baby Boomers were sending their children to college. No matter what the cause, many retirees report a great deal of stress about running out of money.

Watch this video from the National Academy of Social Insurance to learn about the counter-argument that Social Security will last well into the future because it was designed to account for an aging population. You can also visit the National Issues Forum to learn more about alternatives to social security. 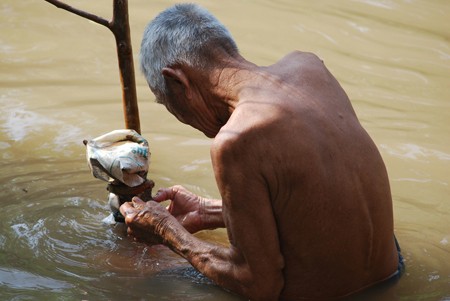 From 1950 to approximately 2010, the global population of individuals age sixty-five and older increased by a range of 5–7 percent (Lee 2009). This percentage is expected to increase and will have a critical impact on the dependency ratio: the number of nonproductive citizens (young, disabled, or elderly) to productive working citizens (Bartram and Roe 2005). One country that will soon face a serious aging crisis is China, which is on the cusp of an “aging boom”— a period when its elderly population will dramatically increase. The number of people above age sixty in China today is about 178 million, which amounts to 13.3 percent of its total population (Xuequan 2011). By 2050, nearly a third of the Chinese population will be age sixty or older, which will put a significant burden on the labor force and impacting China’s economic growth (Bannister, Bloom, and Rosenberg 2010). On a more global scale, the dependency ratio is projected to more than double in Eastern and South-Eastern Asia, Latin America and the Caribbean, Northern Africa and Western Asia, and Central and Southern Asia.

As healthcare improves and life expectancy increases across the world, elder care will be an emerging issue. Wienclaw (2009) suggests that with fewer working-age citizens available to provide home care and long-term assisted care to the elderly, the costs of elder care will increase. The cost of putting a parent into professional assisted-living averages about $42,000 a year, and approximately $87,000 in a private room. If the elder family member stays home, he or she is typically cared for by a woman, who is typically “a middle aged mother with children or adult children living in their household. [3]

These differences are based on cultural attitudes toward aging. In China, several studies have noted the attitude of filial piety (deference and respect to one’s parents and ancestors in all things) as fundamentally defining all other virtues (Hsu 1971; Hamilton 1990). Cultural attitudes in Japan prior to approximately 1986 supported the idea that the elderly deserve assistance (Ogawa and Retherford 1993). However, seismic shifts in major social institutions (like family and the economy) have created an increased demand for community and government care. For example, the increase in women working outside the home has made it more difficult to provide in-home care to aging parents, which leads to an increase in the need for government-supported institutions (Raikhola and Kuroki 2009).

baby boomers:
unprecedentedly large cohort of people in the United States born between approximately 1946 and 1964