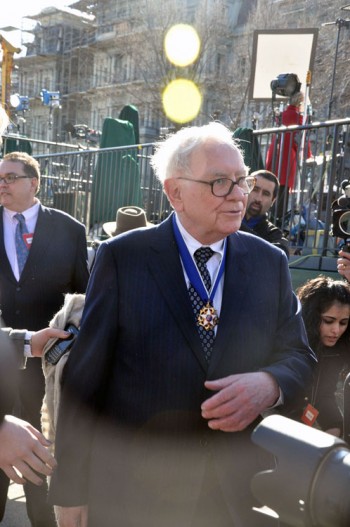 Figure 1. Warren Buffett (an investor and one of the world’s richest men) has controversial ideas about taxation and spending habits of the very wealthy, particularly since they raise questions about America’s embedded system of class structure and social power. Buffet advocates that the wealthy should pay higher taxes than they do, as he refutes the claim that trickle-down economics really benefits the lower and middle classes. The three major sociological paradigms differ in their perspectives on these issues. (Photo courtesy of Medill DC/flickr)

In previous modules, you learned about social solidarity (the social ties that bind a group of people together such as kinship, shared location, and religion) and social facts (the laws, morals, values, religious beliefs, customs, fashions, rituals, and all of the cultural rules that govern social life). Social solidarity and social facts are essential concepts that functionalists use to empirically analyze societies.

As a functionalist, Émile Durkheim’s (1858–1917) perspective on society stressed the necessary interconnectivity of all of its elements. To him, society was greater than the sum of its parts. He asserted that individual behavior was not the same as collective behavior and that studying collective behavior was quite different from studying an individual’s actions. Durkheim called the communal beliefs, morals, and attitudes of a society the collective conscience.

In his quest to understand what causes individuals to act in similar and predictable ways, he wrote, “If I do not submit to the conventions of society, if in my dress I do not conform to the customs observed in my country and in my class, the ridicule I provoke, the social isolation in which I am kept, produce, although in an attenuated form, the same effects as punishment” (Durkheim 1895). This is what we know as peer pressure, and is an illustrative example of how something that seems like common sense can be studied empirically. 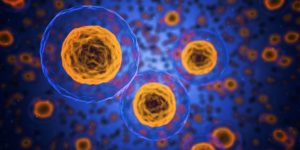 Figure 2. Durkheim viewed societies as multicellular organisms like the ones pictured here. The structure of the cell is society and the cells within the organism are individuals.

Following the ideas of Auguste Comte and Herbert Spencer, Durkheim likened society to that of a living organism, in which each organism plays a necessary role in keeping the being alive.

Durkheim asserted that members of societies who violate social norms are necessary to the well-being of society because punishment for deviance affirms the collective conscience. “A crime is a crime because we condemn it,” Durkheim wrote in 1893. “An act offends the common consciousness not because it is criminal, but it is criminal because it offends that consciousness” (Durkheim 1893). Durkheim’s unique perspective on crime provides one example of societal elements that are social facts, or social forces, that were to be considered real in their effects and which existed beyond the individual.

Learn more about Émile Durkheim and the ideas that led to the development of structural-functional theory in the following video.

As an observer of his social world, Durkheim was not entirely satisfied with the direction of society in his day. His primary concern was that the cultural glue that held society together was failing, and people were becoming more divided. In his book The Division of Labor in Society (1893), Durkheim argued that as society grew more complex, social order made the transition from mechanical solidarity to organic solidarity.

Preindustrial societies, Durkheim explained, were held together by mechanical solidarity, a type of social order maintained by the collective consciousness of a culture. Societies with mechanical solidarity act in an automatic fashion; things are done mostly because they have always been done that way. This type of thinking was common in preindustrial societies, where strong bonds of kinship and a low division and differentiation of labor created shared morals and values among people, such as those in hunter-gatherer groups. When people tend to do the same type of work, Durkheim argued, they tend to think and act alike. Here we see that labor and communal self-preservation are fundamental.

In industrial societies, mechanical solidarity is replaced with organic solidarity, which is social order based around an acceptance of economic and social differences. In capitalist societies, Durkheim wrote, division of labor becomes so specialized that everyone is doing different things. Instead of punishing members of a society for failure to assimilate to common values, organic solidarity allows people with differing values to coexist. Laws exist as formalized morals and are based on restitution and justice rather than revenge.

While the transition from mechanical to organic solidarity is, in the long run, advantageous for a society, Durkheim noted that it can be a time of chaos and “normlessness.” One of the outcomes of the transition is something he called social anomie. Anomie—literally, “without law”—is a situation in which society no longer has the support of a firm collective consciousness, and wherein established norms are weakened. People, though more necessarily interdependent as they attempt to solve complex problems in these advanced societies, are also more alienated from each other. Anomie is experienced in times of social uncertainty, such as during war or amidst a great upturn or downturn in the economy. As societies reach an advanced stage of organic solidarity, they avoid anomie by reestablishing an adapted set of shared norms. According to Durkheim, once a society achieves organic solidarity, it has finished its development.

collective conscience:
the communal beliefs, morals, and attitudes of a society
anomie:
a situation in which society no longer has the support of a firm collective consciousness

mechanical solidarity:
a type of preindustrial social order maintained by the collective consciousness of a culture

organic solidarity:
a type of industrial social order based around an acceptance of economic and social differences