Urbanization on the Rise 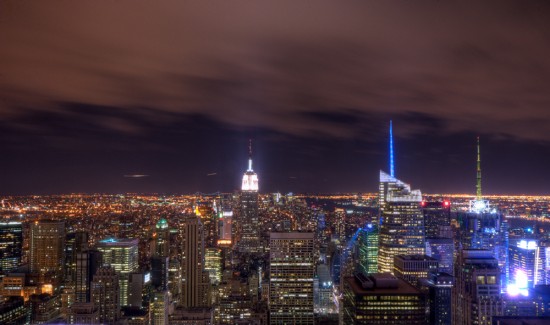 Figure 1. The lights of New York City are an iconic image of city life. (Photo courtesy of Or Hiltch/flickr)

Urbanization is the study of the social, political, and economic relationships in cities, and someone specializing in urban sociology studies those relationships. In some ways, cities can be microcosms of universal human behavior, while in others they provide a unique environment that yields its own brand of human behavior. There is no strict dividing line between rural and urban; rather, there is a continuum where one bleeds into the other. However, once a geographically concentrated population has reached approximately 100,000 people, it typically behaves like a city regardless of what its designation might be.

The Growth of Cities

According to sociologist Gideon Sjoberg (1965), there are three prerequisites for the development of a city: First, good environment with fresh water and a favorable climate; second, advanced technology, which will produce a food surplus to support nonfarmers; and third, strong social organization to ensure social stability and a stable economy. Most scholars agree that the first cities were developed somewhere in ancient Mesopotamia, though there are disagreements about exactly where. Most early cities were small by today’s standards, and the largest was most likely Rome, with about 650,000 inhabitants (Chandler and Fox 1974). The factors limiting the size of ancient cities included lack of adequate sewage control, limited food supply, and immigration restrictions. For example, serfs were tied to the land, and transportation was limited and inefficient. Today, the primary influence on cities’ growth is economic forces. Since the recent economic recession caused housing prices to decline, researchers have been waiting to see what happens to urban migration patterns in response. 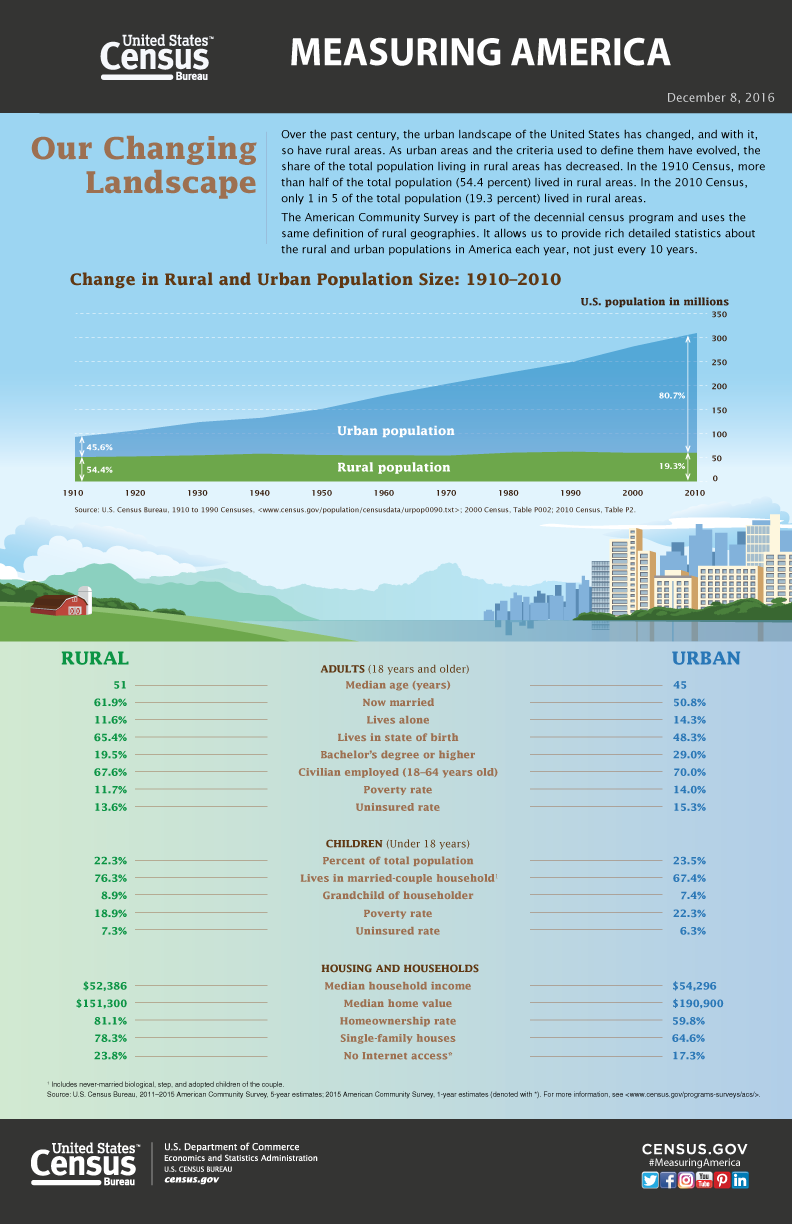 Figure 2.  With urbanization is on the rise, the demographics of rural and urban populations have also shifted dramatically in the past fifty years.

Urbanization in the United States

Urbanization in the United States proceeded rapidly during the Industrial Era. As more and more opportunities for work appeared in factories, workers left farms (and the rural communities that housed them) to move to the cities. From mill towns in Massachusetts to tenements in New York, the industrial era saw an influx of poor workers into U.S. cities. At various times throughout the country’s history, certain demographic groups, from post-Civil War southern Blacks to more recent immigrants, have made their way to urban centers to seek a better life in the city. 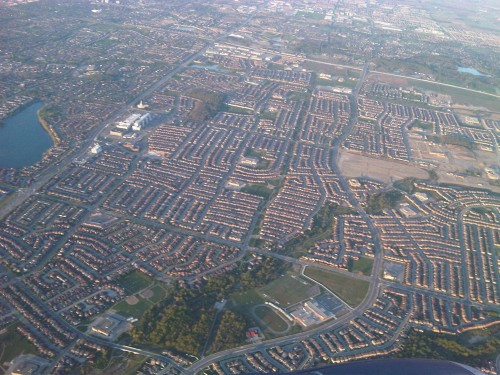 As cities grew more crowded, and often more impoverished and costly, more and more people began to migrate back out of them. But instead of returning to rural small towns (like they’d resided in before moving to the city), these people needed close access to the cities for their jobs. In the 1850s, as the urban population greatly expanded and transportation options improved, suburbs developed. Suburbs are the communities surrounding cities, typically close enough for a daily commute, but far enough away to allow for more space than city living affords. The bucolic suburban landscape of the early twentieth century has largely disappeared due to what demographers refer to as sprawl, or the haphazard expansion of commercial or light industrial development into previously rural areas. Suburban sprawl contributes to traffic congestion, which in turn contributes to commuting time. And commuting times and distances have continued to increase as new suburbs have developed farther and farther from city centers. Simultaneously, this dynamic contributed to an exponential increase in the use of natural resources like petroleum, which then increased pollution in the form of carbon emissions.

As the suburbs became more crowded and lost their charm, those who could afford it turned to the exurbs, communities that exist outside the ring of suburbs and are typically populated by wealthier families who want more space and have the resources to lengthen their commute. Together, the suburbs, exurbs, and metropolitan areas all combine to form a metropolis. New York was the first U.S. megalopolis, a huge urban corridor encompassing multiple cities and their surrounding suburbs. These metropolises use vast quantities of natural resources and are a growing part of the U.S. landscape.

As the Social Policy & Debate feature illustrates, the suburbs also have their share of socio-economic problems. In the United States, white flight refers to the migration of economically secure white people from racially mixed urban areas and toward the suburbs. This occurred throughout the twentieth century, due to causes as diverse as the legal end of racial segregation established by Brown v. Board of Education to the Mariel boatlift of Cubans fleeing Cuba’s Mariel port for Miami. Current trends include middle-class African-American families following white flight patterns out of cities, while affluent whites return to cities that have historically had a Black majority. The result is that the issues of race, socio-economics, neighborhoods, and communities remain complicated and challenging.

Urbanization around the World

During the Industrial Era, there was a growth spurt worldwide. The development of factories brought people from rural to urban areas, and new technology increased the efficiency of transportation, food production, and food preservation. For example, from the mid-1670s to the early 1900s, London’s population increased from 550,000 to 7 million (Old Bailey Proceedings Online 2011). Global favorites like New York, London, and Tokyo are all examples of postindustrial cities. As cities evolve from manufacturing-based industrial to service- and information-based postindustrial societies, gentrification becomes more common. Gentrification occurs when members of the middle and upper classes enter and renovate city areas that have been historically less affluent while the poor urban underclass are forced by resulting price pressures to leave those neighborhoods for increasingly decaying portions of the city.

Watch this video to better understand urban renewal and gentrification as it happened in the Philadelphia neighborhood of Society Hill.

Globally, 54 percent of the world’s 7 billion people currently reside in urban areas, with the most urbanized region being North America (82 percent), followed by Latin America/the Caribbean (80 percent), with Europe coming in third (72 percent). In comparison, Africa is only 40 percent urbanized. With 38 million people, Tokyo is the world’s largest city by population. The world’s most densely populated cities are now largely concentrated in the global south, a marked change from several decades ago when the biggest cities were found in the global north. In the next forty years, the biggest global challenge for urbanized populations, particularly in less developed countries, will be to achieve development that occurs without depleting or damaging the natural environment, also called sustainable development (United Nations, Department of Economic and Social Affairs, Population Division 2014).

exurbs:
communities that arise farther out than the suburbs and are typically populated by residents of high socioeconomic status

gentrification:
the entry of upper- and middle-class residents to city areas or communities that have been historically less affluent

megalopolis:
a large urban corridor that encompasses several cities and their surrounding suburbs and exurbs

metropolis:
the area that includes a city and its suburbs and exurbs

sustainable development:
development that occurs without depleting or damaging the natural environment

urban sociology:
the subfield of sociology that focuses on the study of urbanization

urbanization:
the study of the social, political, and economic relationships of cities